Demand for Hadoop developers is up 35% from a year earlier, Dice.com says -- and salaries don't disappoint.

Information technology professionals who want to take the temperature of the job market that encompasses big data, business intelligence, and data warehousing might want to fine-tune their research and take a close look at what Hadoop skills can buy.

If the BI and data warehousing segments are best described as lukewarm, demand and compensation for candidates with Hadoop experience are at the boiling point.

The 2014 InformationWeek Salary Survey, drawing on input from 11,662 IT professionals, revealed that average base salaries were flat for the second straight year, at $90,000 for staff-level IT pros in the BI/analytics sector. For managers in that sector, base salaries actually fell for a second year, from an average of $135,000 in 2012 to $125,000 in 2014.

Most of those numbers are fairly middle of the road compared to other IT specialties. Yet IT pros experienced with Hadoop, the open-source infrastructure for storage and processing of huge data sets, are solidly in demand, and their salaries reflect that fact.

Shravan Goli, president of the job search site Dice.com, said in a telephone interview that demand for Hadoop developers is up 35% from a year earlier, based on the number of jobs posted and Hadoop-related searches on the site. He also said that salaries in Hadoop-focused jobs -- mostly for developers in Dice's environment -- average almost $109,000 for 2014, making it one of the 10 most sought skills on Dice. That's $19,000 more than the staff-level figure cited in InformationWeek's BI/analytics category. "Hadoop is the third fastest-growing specialty on Dice, behind only cyber security and NoSQL," said Goli.

The exact figure -- $108,669 -- is a national average, so there are regional and industry variances. However, it also represents sort of a baseline. A search for the term "Hadoop" turned up 40 job postings on Dice.com last week. Most posts didn't list salaries, but those that did fell in the $85,000-$115,000 range for Hadoop developers and administrators.

A separate search of postings on Robert Half Technology's site revealed similar salary ranges for staff-level Hadoop experts. However, management-level jobs such as application architect and software engineering manager carried more salaries in the range of $115,000-$140,000. In one case -- a vice president of data science -- the range extended to $175,000.

Many of the companies hiring Hadoop experts are in the tech sector, according to Goli. However, "it's not just tech companies. It's retail, banks, financial firms. All types of companies are looking for these skills. At the end of the day, big data and the role that data plays in people's lives will become embedded and will increase."

Many of the job postings that list specific salary ranges, rather than "depends on experience," are those of independent recruiters, not actual employers. However, Goli said that it's not uncommon for employers to start listing salaries when a technology area is as competitive as it is today for Hadoop.

Goli said that a hot specialty such as Hadoop generates plenty of opportunities for contract work or shorter-term employment in the range of six to 12 months. 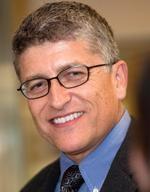 Daniel Gutierrez, a data scientist for the consultancy Amulet Analytics in Santa Monica, Calif., is active in the Los Angeles-area Hadoop community. He said there is "tremendous energy" in the Hadoop ecosystem, particularly in startup companies. "Those startups, not just in the tech sector, are building Hadoop right into their business plans."

Depending on the job level, Gutierrez said, some employers are paying a 50% premium for candidates with Hadoop expertise. While plenty of young people are starting their careers as Hadoop specialists, establishing Hadoop experience also can be a great move for an IT professional at the mid-career level in an established company. "If you had to pick one area of IT that is innovating at a blinding pace, I think Hadoop would be it."

Jim Connolly is a versatile and experienced technology journalist who has reported on IT trends for more than two decades. As editorial director of InformationWeek and Network Computing, he oversees the day-to-day planning and editing on the site. Most recently he was editor ... View Full Bio
We welcome your comments on this topic on our social media channels, or [contact us directly] with questions about the site.
Comment  |
Email This  |
Print  |
RSS
More Insights
Webcasts
How the Rapid Shift to Remote Work Impacted IT Complexity and Post-Pandemic Security Priorities
Advancing the Hybrid Cloud & App Modernization Journey with IBM
More Webcasts
White Papers
2020 SANS Enterprise Cloud Incident Response Survey
The Top 5 Mistakes Everyone is Making in Vulnerability Remediation
More White Papers
Reports
Tech Insights: Detecting and Preventing Insider Data Leaks
Are We Cyber-Resilient? The Key Question Every Organization Must Answer
More Reports