Never heard of "the tactile Internet"? You will. Here's how data-driven applications and services are shaping the development of 5G wireless.

Mobile wireless is perennially a work in progress. Next-generation, or 5G, technology may still on the drawing board, but its expected capabilities are beginning to take shape.

There's no set definition for 5G wireless at this point, but international standards bodies have started the long slog of hammering out its technical specifications, with the ambitious goal of having a 5G framework in place within a few years. Two such groups include Europe's 5G Public-Private Partnership (5G PPP) and South Korea's 5G Forum, both of which strive to commercialize 5G technology by 2020 -- yes, only five years from now -- and deliver data-transfer rates a thousand times faster than 4G LTE.

And 5G's other enhancements may prove just as important for enabling the data-sharing, machine-to-machine (M2M) vision of the Internet of Things.

With 5G, "the user experience will be about touch," said Alan Carlton, senior director of technology planning at wireless technologies developer InterDigital Communications, in a phone interview with InformationWeek.

InterDigital, alongside global tech giants such as Qualcomm, Ericcson, and Samsung, is actively involved in wireless development, including emerging 5G specs. InterDigital licenses its patents that contribute to wireless standards, a business model that has led some critics to label it a patent troll. However, InterDigital officials have refuted this charge for years, arguing that the company devotes its engineering resources to standards development and has a right to license its technologies for profit.

Patent debates aside, InterDigital does have a seat at the 5G development table. And that means it's in a good position to forecast what we can expect, besides blazingly faster data rates, from 5G technology. 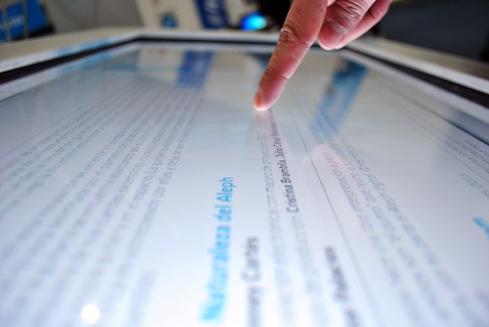 For starters, if 2G and 3G wireless were about audio improvements, and 4G was about video or "the visual experience," 5G "will be about touch," said Carlton.

Its designers are building the network for "the tactile Internet," he added, including driverless cars, virtual reality, and missing critical applications that require a much more immediate response than anything today's wireless technologies are capable of.

"We're looking at a one-millisecond latency," said Carlton. "The content you want needs to be no further than one millisecond away from you."

By comparison, 4G LTE network latency for the top four US carriers varied from 77 to 100 milliseconds in a January 2014 study by FierceWireless and OpenSignal.

Obviously, that's too poky for the tactile Internet.

"If we touch something, we expect a response in less than a millisecond or thereabouts, or we get bored and walk away," said Carlton. "That, in a nutshell, is probably why things like virtual reality and augmented reality haven't taken off."

Energy reduction will be a key component of the 5G standard too.

"Really, energy is the flip side of data rate," said Carlton. Today's wireless business is "a tremendously energy-inefficient industry. Our base stations ... don't perform at tremendously high energy efficiency."

In terms of real-world data rates, the average user should experience speeds ranging from 100 Mbit/s to 2 Gbit/s, Carlton predicted.

Some of these 5G enhancements will likely find their way into 4G networks as well. The industry is currently at "4.2G" with "many iterations of 4G to come along," he added.

But within the 4G construct, you can only do so much.

"At a certain point in time, we'll get to a place where we'll start breaking the architecture in terms of what is possible," said Carlton. "And that will effectively become the demarcation point, going from 4G to 5G."