Flash storage is maturing, and the latest products are taking on a more general-purpose storage function. To meet those needs, IBM introduced three such arrays this week.

IBM has expanded the storage options it offers by introducing three all-flash arrays for big data and the speedy processing required by analytics used in responding to customer activity and other competitive-advantage business initiatives.

Each of the three arrays has a response time of 250 millionths of a second, which IBM in its April 27 announcement termed an "industry-leading minimum latency." IBM spokesmen said the arrays were designed for a system that needed to perform high-speed analytics on large amounts of data, a task often associated with cloud–based applications.

The announcement also noted that the arrays had been designed with the needs of cloud service providers in mind. 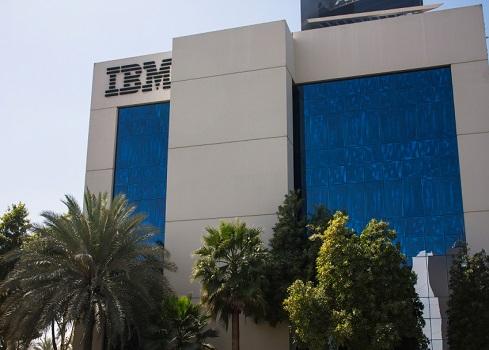 Built in are "cloud-centric features, such as quality of service that prevents the impact of 'noisy neighbor' problems." Noisy neighbors on a multi-tenant cloud host require a lot of the server's resources for I/O and other purposes. Netflix coined the term as it carefully assessed which servers to use in the Amazon cloud.

In addition, IBM said the flash arrays offer secure multi-tenancy and ease of deployment for grid scale-out purposes, according to Greg Lotko, general manager of IBM storage and software-defined infrastructure.

Businesses that are rethinking what constitutes effective storage for a digital business are turning to several young flash storage providers, such as Pure Storage, Solid Fire, and Violin. IBM's expansion of its flash offerings is another sign that flash devices are moving higher in the enterprise storage food chain and taking over more tasks from spinning disks.

IDC, in a recently issued report, "IDC MarketScape: Worldwide All-Flash Array 2015–2016 Vendor Assessment," found that the flash array market "is beginning to transition from an emerging market to a more mature one... a relatively comprehensive set of enterprise-class capabilities is broadly available." Flash arrays appear to be about to become a primary source of storage for general-purpose systems, used with a mix of workloads, it concluded.

The IBM announced arrays were:

IBM FlashSystem A9000 is designed around a parallel architecture. In a predecessor system, the FlashSystem 900, "parallel architecture" meant that each Flash controller could perform 40 operations at once. No figure for simultaneous operations was listed in the A9000 announcement. The A9000 also has redundant backplanes, non-blocking crossbar switching, and hardware-based RAID controllers.

Such data safety features as IBM Variable Stripe RAID, error correction codes, ultra-fast write buffers, and hardware-based data offloads are also built in. Global deduplication and compression and 256-bit encryption are part of its operation. Multiple A9000 arrays can be managed through a single IBM Hyper-Scale Manager system. The product comes in 60TB, 150TB, and 300TB enclosures.

The IBM FlashSystem A9000R contains all the features of the A9000, but is designed for use in a scale-out grid. As the amount of data being accessed and analyzed increases, low latency storage systems must be able to provide larger capacities. The A9000R comes in five capacities from 300TB to 900TB, with successive models increasing by 150TB each. A large configuration starts at 600TB and grows to 1.8PB in 300TB increments. A9000 and A9000R systems may be managed together under IBM Hyper-Scale Manager.

IBM DS8888 is a highly available, high-end system built on the same architecture as IBM Watson. It is designed for high I/O throughput with low latencies. It includes a number of self-tuning features, such as intelligent caching algorithms and automated quality of service management. It includes special integration with IBM mainframe z Systems, although it is not designed as a mainframe only array.

It is also integrated with IBM Power servers running AIX and IBM i. In addition to a resilient, RAID 5 architecture, it includes the FlashCopy feature that creates point-in-time copies without introducing overhead to other operations, making a copy of the data available almost immediately upon request, IBM spokesmen said in the announcement.

More information on the use-cases for the three arrays is available at IBM's Flash Centers of Competency.

Charles Babcock is an editor-at-large for InformationWeek and author of Management Strategies for the Cloud Revolution, a McGraw-Hill book. He is the former editor-in-chief of Digital News, former software editor of Computerworld and former technology editor of Interactive ... View Full Bio
We welcome your comments on this topic on our social media channels, or [contact us directly] with questions about the site.
Comment  |
Email This  |
Print  |
RSS
More Insights
Webcasts
Cybersecurity Risk Management
Managing a Hybrid Cloud Infrastructure
More Webcasts
White Papers
2020 SANS Enterprise Cloud Incident Response Survey
The Top 5 Mistakes Everyone is Making in Vulnerability Remediation
More White Papers
Reports
Trustwave Global Security Report
Are We Cyber-Resilient? The Key Question Every Organization Must Answer
More Reports

The first thing that I thought of was about cloud storage vs flash storage. I think it's. a great move to include cloud-centric features. -Susan
Reply  |  Post Message  |  Messages List  |  Start a Board
Editors' Choice
Hot Topics