How Edge Computing Will Change Enterprise IT - InformationWeek 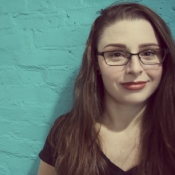 Data published at the start of 2018 reveals a prediction that spending in the edge computing sector will grow by a compound annual growth rate of more than 30 percent through 2022. That means regardless of IT professionals’ focus and the companies they work for now, their jobs paths will inevitably feature more edge computing-related elements soon.

Both artificial intelligence applications and the emerging 5G communication network heavily depend on edge computing too. Those uses will undoubtedly help spur its future growth.

An October 2017 report from Gartner Inc. also revealed that about 10% of enterprise-generated data came from outside of traditional cloud computing centers, but that by 2022, that figure could soar to 50 percent, leading to a vastly decentralized structure.

That new method of operations will pose challenges, but it's crucial to get ahead of the curve and start pondering the obstacles now.

Public cloud reliance could be risky for IoT

Analysts say that using public cloud services to transmit and process IoT-related data could result in security risks that aren’t as prominent on private edge computing networks. By keeping IoT transmissions more isolated on private edge networks, it becomes easier for IT professionals to monitor for attacks and mitigate them.

As such, IT professionals who are primarily familiar with the public cloud must diversify their knowledge and understand how edge computing will impact their customers and their companies. However, they don't always seem to consider the potential complications.

A 2017 survey from Thales Group found 63% of senior security personnel believed their teams deployed new technologies — including the IoT and cloud computing — without having data security solutions in place.

When IT experts discuss their beliefs about potential security concerns associated with edge computing, they generally fall into two groups. Some people point out that because data doesn’t have to travel as far as it does with traditional cloud computing, security threats go down.

On the other hand, risks are involved because the devices on the IoT gadgets that handle processing could become compromised by hackers. Plus, edge computing data often flows over untrusted public network segments, not originating from a sole service provider as it usually does with cloud computing.

Cybersecurity experts recommend using secure tunnels and VPNs to exert more control over data in transit. Implementing robust security strategies requires a forward-thinking, responsive mindset rather than a reactive one.

A study published in December 2017 by Juniper Research predicts that the number of connected devices will triple from 2018 to 2021, resulting in a total of over 46 billion units. That statistic illustrates why there’s such a marketplace demand for edge computing.

IT professionals need to stay abreast of threats as they become apparent, then learn about the techniques used to reduce them. They also must familiarize themselves with essential aspects of edge computing security, such as accounting for all assets and locking them down properly.

The limited security on the device end means professionals who work in edge computing must prioritize edge security with specialized network equipment, including potentially adding some automated components.

Flexibility is a key to adoption

New technologies such as edge computing require the IT sector to show agility as businesses alter their existing processes and learn new ones. However, one of the challenges becoming apparent is that edge computing opens up opportunities for recently established businesses and reduces the advantages enjoyed by the incumbents.

People associated with the IT sector must realize they cannot afford to stick to their old ways as edge computing becomes more dominant in the tech landscape. Now is the time to adapt and keep up with the changing times.

Two pervasive myths about edge computing are that it doesn’t require organizations to change, and that it’s possible to take a one-size-fits-all approach when implementing the technology. Neither is correct, and the IT professionals who are most able to show flexibility should find themselves ready to adapt to edge computing.

Change how you view cybersecurity

The rise in edge computing also dictates that company leaders need to shift the ways they view cybersecurity and — more specifically — the importance placed on it. That means hiring IT pros who possess in-demand skillsets, then structuring cybersecurity teams so that they typically work with other departments rather than segmenting their workflow and containing it to their team.

Additionally, it’s critical that organizations make security part of their internal cultures. They might invest more time and money into cybersecurity training for people in non-tech-centric roles, for example.

Or, company leaders might devote more resources to improved security tools. One company called Red Canary uses machine learning and constant monitoring to identify possible signs of trouble on a network. The company’s CEO, Brian Beyer, brings up how only five percent of the alerts triggered by an organization’s cybersecurity infrastructure get investigated.

The combination of well-prepared team members and highly intelligent tools could prove a winning pair for combatting the previously mentioned security risks associated with edge computing and IoT devices.

Edge computing is already showing rapid growth with no signs of slowing down. That means it’s time for the IT sector to anticipate accommodating it now.

Failing to do so could lead to data breaches, confusion and panic while determining how to secure edge networks after problems occur.

Kayla Matthews writes about technology, big data and cybersecurity. Her work has been featured on Digital Trends, The Week, The Daily Dot, and WIRED. To read more from Kayla, subscribe to her blog at https://productivitybytes.com. View Full Bio
We welcome your comments on this topic on our social media channels, or [contact us directly] with questions about the site.
Comment  |
Email This  |
Print  |
RSS
More Insights
Webcasts
Building Asset Management into Your Enterprise Security Strategy
Managing a Hybrid Cloud Infrastructure
More Webcasts
White Papers
A New Take on Cloud Shared Responsibility
Dark Reading Report: Battle for the Endpoint
More White Papers
Reports
The Need for Speed: Second Generation EDR
DNS Network Traffic Volumes During the 2020 Pandemic
More Reports

Does Identity Hinder Hybrid-Cloud and Multi-Cloud Adoption? Joao-Pierre S. Ruth, Senior Writer,  4/1/2021
White Papers
SANS Institute Survey: The State of Cloud Security
The Essential Guide to Securing Remote Access
Identify Threats 82% Faster: The Value of Threat Intelligence with DomainTools
ITSM for the Enterprise - What Makes it Work?
The Five Major Security Pitfalls of WFH and How to Solve Them