While organizations amass data they want to leverage, Purdue University is working to marry data science academics to those real-world needs.

The academic sector continues to adapt curriculum to better match in-demand tech jobs and The Data Mine program at Purdue University expects to see its enrollment ramp up in kind.

Mark Daniel Ward, director of The Data Mine and professor of statistics at Purdue, says The Data Mine is an initiative to prepare data science students for emerging and evolving roles as data scientists -- a field that continues to see change as mountains and lakes of data accumulate. 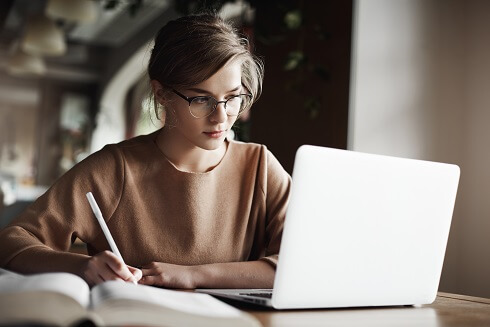 The Data Mine, part of Purdue’s Integrative Data Science Initiative, is a learning community available to the university’s students aimed at making data science and related skills accessible to the broader student body. The program has roots in Purdue’s effort to build up data science research through a $1.5 million National Science Foundation grant in 2014. The Data Mine program would debut in 2018-2019 with about 100 students and is on track to expand significantly for its next academic year.

The program works with partner companies such as Ford Motor Company, Microsoft, Cummins, and Beck’s Hybrids, to shape data science curriculum for real world demands. “Companies have now stood up sometimes massive data lakes,” Ward says, “where they have large repositories of data. Ultimately, they want to make insights from that data.”

The tricky part for academia, he says, is that data science has become quite broad. Data visualization, natural language processing, sophisticated machine learning, artificial intelligence, data management, and data ethics have all become part of this expanding domain of expertise, Ward says. Purdue is trying at scale to enable its students to understand the breadth of the data sciences and envision themselves in such roles, regardless of their major or career aspirations. “They see themselves as part of that larger data-driven enterprise,” he says.

Purdue is far from alone in growing and adapting data science curriculum to fit emerging needs for data science across different career paths. Last July, Stanford University introduced a master’s program in education data science. Meanwhile, The Data Mine expects to work with an upswell of students. “All universities are doubling down on data science, for sure,” Ward says.

From some 100 students in the first go-round of The Data Mine, he says participation increased to some 600 students in the second year with even more projected to join. “Next year we’re on track to have more than 1,000 undergraduate and graduate students,” Ward says.

Purdue, he says, took the approach to make data science curriculum available to all programs no matter what the students study. That way they could see opportunities that come from data science along with their core academics.

Cooperation between The Data Mine and the private sector has included discussions with the Central Indiana Corporate Partnership, which Ward says focuses on economic development in the state and interconnection between companies. Through his conversations with colleagues from the C-suite, Ward says many executives do seem to understand the need for data science talent and actively foster connections with universities. That could see more people with data science enter the workforce as well as give internal staff chances to grow in their careers. The Data Mine is a way for Purdue to keep up with the changing technology, infrastructure, and tools of data science, Ward says. “Think of data-driven projects as being much larger than just science or just engineering, maybe with some traditional disciplines.”

The focus of the program is student centric, with Ward’s office in the students’ residence hall. As companies retool and think ahead for how data driven insights can lead to business impact, he says Data Mine works with students on nine-month projects over the academic year. “We’ve completely gotten away from the idea of having a 10-week internship,” Ward says. “It’s just way too short to have a substantial experience.”

This approach resonates with companies because it let students get invested in the work, he says, and the culture. Potential hires of students from the program happen organically, Ward says.

The range of careers that can apply data science constantly expands, he says, and currently includes digital agriculture, advanced manufacturing, and healthcare. That ubiquitous need for data science and other aspects of education to be refreshed has drawn the attention of other organizations.

“The Lilly Endowment has put $10 million toward the effort of having statewide development in a Data Mine-like model,” Ward says. This is part of a broader initiative by the Lilly Endowment to help colleges and universities in Indiana form strategies to address their most prominent challenges. “No matter where students are studying, there’s a sense that they’re going to want to be part of this data science revolution,” he says.

Programs such as The Data Mine offer not only an opportunity to reach across academic disciplines but can also bring more diversity to the data science workforce. “The students that perceive themselves in this space, there’s a danger that not enough female students will self-select to work in a data-driven domain,” Ward says. This may also occur among minorities and persons with disabilities. Increasing interest and access to data science can play a role in changing that dynamic. “We’ve been cognizant that there’s lots of first-generation Hoosiers out there who may benefit from learning some data science,” Ward says. “It opens up a whole new set of job possibilities.”

Forecast of the Future of Work from MIT Sloan CIO Symposium

How to Change Gender Disparity Among Data Science Roles

Ways Data Scientists Can Stand Out in the Virtual Hiring Process

Joao-Pierre S. Ruth has spent his career immersed in business and technology journalism first covering local industries in New Jersey, later as the New York editor for Xconomy delving into the city's tech startup community, and then as a freelancer for such outlets as ... View Full Bio
We welcome your comments on this topic on our social media channels, or [contact us directly] with questions about the site.
Comment  |
Email This  |
Print  |
RSS
More Insights
Webcasts
Disaster Recovery/Business Continuity in the New Normal
4 Practical Tips for Building a Data Lake
More Webcasts
White Papers
4 Key Elements of an ML-Powered NGFW: How Machine Learning is Disrupting Security
How DevOps Delivers on User Experience with Observability
More White Papers
Reports
Future Proofing Your Network for 5G
2021 Email Threat Report
More Reports