Child programming prodigy Eliot Horowitz says the answer to the demand for big data analytics is out-of-the-box tools anyone can use. 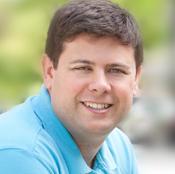 Eliot Horowitz, MongoDB, Inc.'s co-founder and CTO, comes to programming naturally. He began coding at age four and was writing programs for his mother's medical practice before he turned 10.

But aware there aren't enough computer science prodigies like himself to go around, Horowitz says his goal is to create out-of-the-box solutions to satisfy intense customer demand for big data and analytics using MongoDB. Available as open-source, MongoDB is considered the most popular NoSQL database.

These days, Horowitz is often on the road, speaking to MongoDB's 600-plus commercial customers about new features they'd like, as well as their big-data problems.

"Really, nothing's the same as having direct contact with our customers," says Horowitz about his trips. "Even further, I want all of our engineers to talk to customers, more than most people would probably expect."

Right now, those engineers, part of the company's 330-person workforce, is reworking the components of its database, starting with the query execution and optimization system and, next year, the storage subsystem.

Before co-founding MongoDB in January 2008, Horowitz was the founder and CTO of  Internet shopping search engine ShopWiki, which earned him a spot on BusinessWeek's Top 25 Entrepreneurs under Age 25 in 2006. Before ShopWiki, he was an engineer at digital marketing network DoubleClick. It was at DoubleClick, where he started as a college intern, that Horowitz met DoubleClick's co-founder and CTO Dwight Merriman. A couple of years later, Merriman would become, along with Kevin P. Ryan, founder and chairman of Gilt Groupe, one of MongoDB's three founders. Merriman serves as MongoDB's chairman; Ryan is on the database company's board.

How long at current job:  We started coding in the fall of 2007, and incorporated in January 2008.

Career accomplishment I'm most proud of:  MongoDB, clearly. Building a database company is not a quick sprint, it's really sort of a marathon. It's very easy for an infrastructure company to get bogged down and stall. Our ability to fight through those things and keep growing and keep pushing on the space... I'm pretty proud of how we as a company and me personally have handled that over the last six years.

Most important career influencer:  Dwight [Merriman]. He hired me out of college, and I've worked with him on every project I've ever worked on professionally.

Top initiatives: One is better software for managing very large Mongo clusters. There's a pretty big need for Mongo-specific tooling that lets you integrate with the industry-standard frameworks. That's something we're going to release in the first half of next year.

Another is if you think about Mongo in its entirety, [we're] just six years from day one of coding and four years from the first release. So what we're doing is taking a look at every component, and going through the process -- it'll take a year or two -- of reworking each component. In the current version, we're reworking the query-execution side of things, the query optimization. It's a high priority for us to take each section, one by one, try to understand what we've learned [about how people use Mongo], and how we can improve it for the future.

[Finally, we want] a lot of partnerships with other types of data applications -- for example BI tools and ETL tools -- tools [that businesspeople] have historically used with relational databases. I think it's very important for us to work with these companies to support not only relational databases but document databases, so that people can use the tools they're used to and work with Mongo data.

Biggest misconception about big data:  Honestly, one of the biggest problems is that it means so many different things to so many different people. For a lot of people, big data comes down to offline processing, taking massive data warehouses and putting business intelligence on top of them. But we haven't broken down the differences between offline and online applications for big data. So you get this mash of different products, all labeled big data, when in many ways they're solving incredibly different kinds of problems.

Most disruptive force in my industry:  One of the biggest changes is from SSDs and other sorts of fast storage, which is completely changing how people think about how to build storage systems [and] how they think about problems.

Reasons big data projects go wrong:  One of the biggest ones, going back to what I said before, is that big data projects end up being very amorphous things -- it's unclear if you want OLTP or warehousing, and the requirements are unclear. And two, most of the products labeled in the big-data space are relatively new. The expertise to choose them and know how to operate them is still not incredibly widespread. We see this all the time with Mongo projects, where people think Mongo is the right solution for their problem -- and often it is -- but it's also the first time they're ever deploying or building a MongoDB application. So not only are they trying to solve their problem, they're trying to learn how to use MongoDB. There's a lot of education we have to help out with, which is one of the reasons we launched our online education system [last October]. We had over 100,000 people who registered for that free online education.

Eliot Horowitz at a glance

Person I'd most like to have lunch with:  Benjamin Franklin

First job:  Programming for my mother's medical practice when I was nine years old.

If I weren't involved in data analytics: Something in the medical industry. If not programming, definitely something in aeronautics.

I was always impressed with Dwight Merriman. Not surprised he's building up MongoDB with programming whiz Eliot Horowitz, and that they're both co-founders of firm (add Kevin Ryan too). I wrote about it when it was 10Gen.
Reply  |  Post Message  |  Messages List  |  Start a Board
Editors' Choice
Hot Topics