Two of the big three independent Hadoop distributors -- Cloudera and Hortonworks -- are merging, and the big winner may be the enterprise.

Enterprise organizations that use Hadoop and other technologies in their big data stack are among the winners as the largest two independent distributors of big data technology pursue plans to merge. While Hadoop may have been deployed by leading-edge big technology companies, its lack of maturity has slowed any kind of broad adoption in the enterprise.

"The adoption was slower than we had expected," Noel Yuhanna, a principal analyst at Forrester Research told InformationWeek. "Together they complement well since Hortonworks was focusing more on services and a distributed data management offering, while Cloudera on AI/ML, deep learning and advanced tooling." 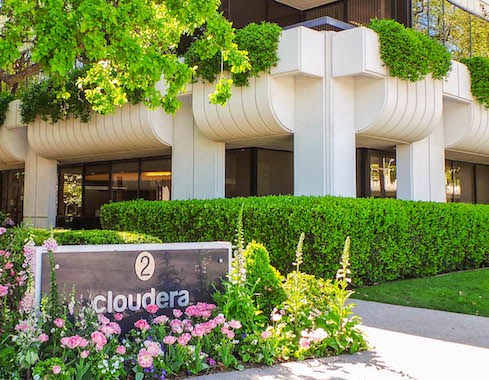 Additionally, the biggest competition for both Cloudera and Hortonworks (and the last remaining independent Hadoop distributor, MapR) is Amazon's cloud Hadoop offering, according to Gartner VP and analyst Merv Adrian.

The merger, announced Wednesday, will give cloud-agnostic Hadoop -- a version of Hadoop not tied to the AWS platform -- a stronger foothold in the market in a single company, and that's good for enterprises that want to keep their workloads portable so they can move them to any cloud -- AWS or Azure or Google -- or to an on-premises implementation.

Cloudera CEO Tom Reilly, who will run the newly merged company as CEO, acknowledged the enterprise focus in a call with analysts following the merger announcement.

"We expect Amazon, Microsoft, and Google to be very receptive to this partnership, and we are going to invest heavily to help our customers bring more workloads there," Reilly said.

"Our strategy though is built on the enterprise cloud. And what an enterprise wants is the ability to take advantage of the multiple public cloud providers, as well as private cloud," Reilly said. "And together we’re going to accelerate our capabilities for our customers to be able to move workloads between those environments with one common platform that has a shared set of services for security and data governance."

Adrian told InformationWeek in an interview that AWS' implementation of Hadoop is not designed to help organizations with data governance and related issues. The merger between Cloudera and Hortonworks will help Hadoop and the entire data management stack offered by the companies to achieve the maturity needed for real enterprise adoption, he said.

Experian CIO Barry Libenson told InformationWeek in an interview that his company has standardized on Cloudera and stays away from AWS versions of software because they are not portable. Experian's Cloudera implementation is primarily in its on-premises data centers.

For enterprises that already have Cloudera or Hortonworks' big data platforms installed, the companies provided a high-level roadmap on where these platforms would go from here. Once the deal closes early next year, the combined company will create a near-term "unity release" that the companies say will combine the best of the current releases, CDH 6 (Cloudera Distribution Hadoop) and HDP 3 (Hortonworks Data Platform). Existing customers can upgrade to the unity release at their discretion.

The combined company will make the unified platform a functional superset of all past versions of CDH and HDP. Cloudera and Hortonworks also affirmed their continued commitment to open source.

Analysts say the combination of these two companies' platforms will be much more straightforward than platforms of proprietary software companies such as Oracle and Peoplesoft. That's because Cloudera and Hortonworks' software is based on the same codebase, open source Apache Hadoop. That will make changes easier for enterprise customers, too. Customers will also get access to complementary technologies such as Hortonworks DataFlow and Cloudera Data Science Workbench.

The combined company, which will retain the name Cloudera, will have more than 2,500 customers and approximately $720 million in revenue, according to the companies' statement announcing the deal. Of those customers, more than 120 will be worth over $1 million in annual recurring revenue.

Now that Cloudera and Hortonworks are combining into one company, what will happen to the third independent Hadoop distributor, MapR?

"This definitely puts pressure on MapR," said Forrester's Yuhanna. "It will have to get closer aligned and work together with a large traditional data platform vendor such as Oracle, IBM, SAP, or TiBCO to compete against the merger. Also, beef up their alliance strategy with cloud providers such as AWS, Microsoft and Google."

MapR Chairman and CEO John Schroeder, however, told InformationWeek that his company continues to see migrations from the other platforms to MapR, and he fails to see any innovation benefits for customers in the merger.

"It is entirely about cost cutting and rationalization. This means their customers will suffer," he said. "MapR has been innovating and delivering a better data platform for years, and we continue to see Cloudera and Hortonworks customers move to MapR. We support a broader set of workloads from analytics to ML and AI, already provide hybrid and multi-cloud, and deliver containerization with Kubernetes. Our customers are delivering their vision today with MapR."

Cloudera CEO Reilly said in a letter to customers that the merger would create a strong offering for them.

"Our combined scale and resources will allow us to invest more in what you have told us you want -- a modern hybrid data platform running the enterprise's most demanding IoT/streaming, data engineering, data warehousing, and machine learning/AI applications across the data center, public clouds, and the edge."

Jessica Davis is a Senior Editor at InformationWeek. She covers enterprise IT leadership, careers, artificial intelligence, data and analytics, and enterprise software. She has spent a career covering the intersection of business and technology. Follow her on twitter: ... View Full Bio
We welcome your comments on this topic on our social media channels, or [contact us directly] with questions about the site.
Comment  |
Email This  |
Print  |
RSS
More Insights
Webcasts
Take DevOps to the Next Level
Managing a Hybrid Cloud Infrastructure
More Webcasts
White Papers
2020 SANS Enterprise Cloud Incident Response Survey
The Top 5 Mistakes Everyone is Making in Vulnerability Remediation
More White Papers
Reports
2021 Application Security Statistics Report Vol.2
Trustwave Global Security Report
More Reports