Southwest Airlines operates a fleet of 700 aircraft flying 4,000 flights a day. Here's how it uses analytics to manage all the complexity that comes with that.

Everyone wants their analytics investment to yield successful business results, but not everyone can show the kind of serious return on investment that captures the attention of C-suite executives. So when Southwest Airlines did a pilot program to look at the potential impact of investing in an analytics package, Doug Gray, director of analytical data services at the company, knew he needed to choose something with a big impact.

Of course, analytics work was nothing new to Southwest Airlines. The company had been working with analytics projects for about 20 years already. Such projects are absolutely necessary to manage the complexity of airline operations efficiently and cost effectively. 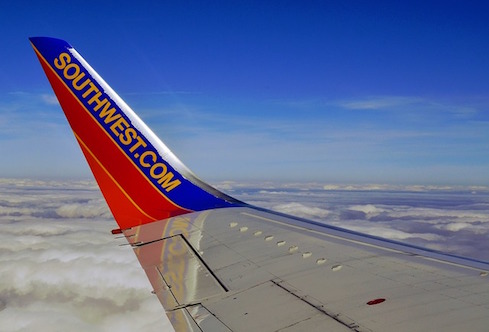 But with that complexity, there's quite a lot of room to find more cost savings and efficiencies.

For more on analytics use cases, read:

How RPA Can Help Your Enterprise Save Money

In the case of Southwest Airlines, that meant managing and forecasting 700 aircraft flying about 4,000 flights per day to over 100 national and international destinations.

Gray said Southwest Airlines uses over 100 terabytes of data and dozens of applications that involve analytics already, and when it looks to create a new application, it goes for the high value targets -- the project has to yield millions of dollars in business value.

So for its pilot to test a new analytics platform and toolset in 2016, Gray's group chose something that was the second largest expense for the company -- fuel costs. Gray recounted the story of the project at the Gartner Data and Analytics Summit in March.

Depending on market pricing at any given time, every year Southwest Airlines spends between $4 billion and $6 billion dollars on fuel. That means any small percentage improvement in those costs will amount to a huge number.

Before the pilot began, Southwest Airlines' fuel cost forecasting efforts relied on pulling information from multiple systems including Ariba, the Allegro fuel management environment, and then the company's own enterprise data warehouse for historical data. Plus, Gray admitted, the company also had a lot of spreadsheets that the team used to store and manipulate quite a lot of data.

"We were feeding all that data into one big massive spreadsheet," Gray said. With 100 airports served and running a rolling schedule for forecasting fuel every month of the year, the team was producing 1,200 fuel demand forecasts every month. It took one of the finance analysts three days each month to go through the process of generating forecasts that generally weren't as accurate as the company would have preferred. So there was a lot of room for improvement.

The fuel consumption pilot project used Alteryx Designer, the platform's gallery, and R, to build eight different predictive models that included time series regression modeling and neural networks, Gray said. For each month and each airport, the system was able to generate 9,600 forecasts. Gray  couldn't share the actual cost savings in dollar amounts publicly, but he said they were substantial. Benefits included reducing the amount of time required for data wrangling by 60%. Forecast accuracy improved. And Southwest learned it could negotiate a better deal on fuel if it gave all the business to a single vendor in Southern California rather than buying from multiple vendors there. The change also sped up the process of fuel purchasing.

The forecasting process also got faster. That job that used to take three days now is much more accurate and takes five minutes.

"That's the international sign of the touchdown as far as I'm concerned," Gray said. "I don't have to have an analyst spend three full days to create a less than optimal forecast, and now that is completely automated and he can do other things."

The fuel consumption project won a Lebow College of Business at Drexel University Award, ranked near the top of the school's annual Analytics 50 awards.  But Gray said the most important part of the project was not the award. It was actually something that's key to the success of any analytics investment project in an enterprise.

"It's about figuring out what are the most important aspects of your business. What are your cost drivers? What are your revenue drivers?" Gray said. "Figure out what those key metrics are and then align every single one of your business analytics projects with one or more of those metrics. That's what gets senior executive attention…That's what gets funding for projects."

Jessica Davis has spent a career covering the intersection of business and technology at titles including IDG's Infoworld, Ziff Davis Enterprise's eWeek and Channel Insider, and Penton Technology's MSPmentor. She's passionate about the practical use of business intelligence, ... View Full Bio
We welcome your comments on this topic on our social media channels, or [contact us directly] with questions about the site.
Comment  |
Email This  |
Print  |
RSS
More Insights
Webcasts
What We Can Learn from Sports Analytics
ROI and Beyond for the Cloud
More Webcasts
White Papers
The Essential Guide to Securing Remote Access
From MFA to Zero Trust
More White Papers
Reports
How IT Security Organizations are Attacking the Cybersecurity Problem
Special Report: Understanding Your Cyber Attackers
More Reports
Copyright © 2021 UBM Electronics, A UBM company, All rights reserved. Privacy Policy | Terms of Service