IBM spins out an on-premises version of its Cloudant NoSQL database service, which figured in the Apple-IBM mobile apps deal. 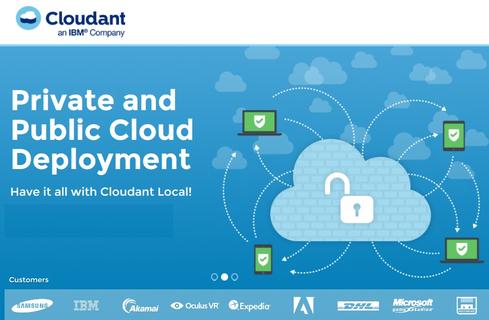 CouchDB was an early mover as a mobile, document database and makes a good foundation on which to build a Cloudant mobile system. The fact that they share common roots doesn't hurt either.
Reply  |  Post Message  |  Messages List  |  Start a Board

Lots of NoSQL fans embrace open source specifically because they're not commercial products that are beholden to one vendor. Even in cases where there's only one commercial developer -- as with MongoDB/MondoDB, Cassandra/DataStax, Couchbase/Couchbase, and Riak/Basho -- there's comfort that there's a strong community. That's why CouchDB needs to become something more than it is today.

As for the Apple Halo, I'd say IBM is hoping for a bit of Apple's coolness rubbing off. IBM's Information Management business -- the one that manages all the database and data-management products -- was off 5% last quarter. It sorely needs a hot NoSQL database.
Reply  |  Post Message  |  Messages List  |  Start a Board

Apple marketing deal "halo": Interesting point, but can IBM really play that to its advantage with the NoSQL crowd? With regular users yes, but here, harder task.
Reply  |  Post Message  |  Messages List  |  Start a Board

I had a chat with Jan Lehnardt, VP of Apache CouchDB and chair of its Apache Project Management Committee, Noah Slater, another independent PMC memeber, and Bob Newson, a senior engineer at Cloudant and a member of the PMC, and they both insisted CouchDB "won't be a puppet of IBM," even if Cloudant is, for now, the most influential committer. The PMC has 11 people and only 4 of them work for Cloudant while the wider body of committers includes more than 40 people, with less than 50% employed by Cloudant, according to Slater.

One question is how big of a hard-core community CouchDB can build, given that it's developed in Erlang, a language that isn't widely. To be clear, those developing on the database have REST interface options and can interact with the database using JavaScript and other languages, but under-the-hood work on the database itself requires familiarity with the Ericsson-developed programming language.

"Erlang lets people build complex systems with way-smaller teams," Lehnardt said. "I don't need 100 Java developers to build a database, I need 5 people, though we have a lot more than that."

"I couldn't imagine bringing the kind of service and reliability that Cloudant provides using Java," added Newson. "Java doesn't have the separation between processes and the time slicing that the Erlang VM provides. A lot of the really good decisions in Erlang are predicated on delivering services that are highly reliable."
Reply  |  Post Message  |  Messages List  |  Start a Board
InformationWeek Is Getting an Upgrade!