IBM called reports that it is laying off a third of its workforce "outlandish and untrue." That's not stopping Salesforce CEO Marc Benioff from publicly inviting IBM employees to apply for open posts at his firm.

Responding to reports that IBM is laying off up to a third of its US workforce, an executive at the company has reached out to InformationWeek to deny those claims.

"The notion that IBM is laying off a third of its workforce, in the US or anywhere else, is completely outlandish and untrue," said IBM communications VP Ian Colley in an email to InformationWeek. While denying that cuts are hitting a third of the workforce, Colley declined to provide actual headcount numbers in relation to this wave of job cuts.

That's not a surprise. In recent years IBM has declined to reveal any actual headcount numbers in layoffs.

Confirmation that the cuts had begun came last week from Lee Conrad, a former IBM employee himself, who once ran the now defunct [email protected] union-organizing effort. Conrad now heads the Watching IBM page on Facebook. He told InformationWeek he'd received hundreds of emails and hundreds of messages last week from affected workers.

Meanwhile, over the weekend, Salesforce CEO Marc Benioff reached out to IBM employees in several tweets, inviting them to send him their resumes.

"No one I know realized just how bad things are @IBM. I hope they will be more open to partnerships now," Benioff tweeted. He provided the email address [email protected] for laid-off IBM employees to use when sending their resumes to Salesforce.

In an email exchange with InformationWeek, IBM's Colley highlighted IBM's hiring efforts for the 25,000 positions he said are open at IBM. Colley noted in his email that "a significant number of them are in the US," but declined to provide a percentage or actual number of US-based job openings.

"Here in the US, for example, we are hiring aggressively as we open new facilities such as Watson West in San Francisco and Watson Health in Boston," he told InformationWeek via email. "We are also creating five new services hubs in major US cities." 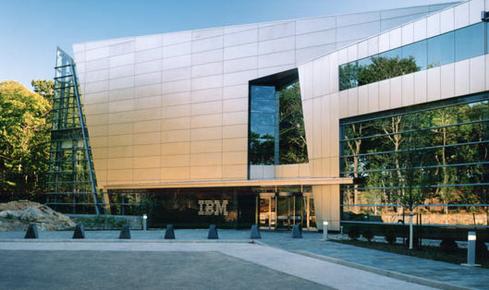 In a statement provided by IBM to InformationWeek last week, the company said, "IBM is aggressively transforming its business to lead in a new era of cognitive and cloud computing. This includes remixing skills to meet client requirements."

IBM said that it had hired 77,000 last year. However, the year-over-year employee numbers reported in its 10-K filings with the US Securities and Exchange Commission show the headcount for total employees declined by about 2,000 between year-end 2014 and year-end 2015. IBM ended fiscal 2015 with 377,757 employees, according to the company's 10-K report filed with the US Securities and Exchange Commission, down from 379,592 in 2014. That means about 79,000 left the company during the same period, either in a layoff, a firing, or a voluntary departure.

Colley also said in an email to InformationWeek that IBM's 2006 employee number was 355,000. InformationWeek reported last week that a February report from financial analyst firm Bernstein noted that IBM has taken nearly $7 billion in workforce reduction charges since 2006, translating into what the analyst firm believes is an estimated gross headcount reduction of 90,000 to 100,000 jobs over that period of time.

Jessica Davis is a Senior Editor at InformationWeek. She covers enterprise IT leadership, careers, artificial intelligence, data and analytics, and enterprise software. She has spent a career covering the intersection of business and technology. Follow her on twitter: ... View Full Bio
We welcome your comments on this topic on our social media channels, or [contact us directly] with questions about the site.
Comment  |
Email This  |
Print  |
RSS
More Insights
Webcasts
People Are The Most Important Part of Autonomous SOC
Don't Miss This Cybersecurity Virtual Event
More Webcasts
White Papers
Aligning Cyber Skills to the MITRE ATT&CK Framework
Tech Insights: Detecting and Preventing Insider Data Leaks
More White Papers
Reports
Key Strategies for Managing New Risks in Cybersecurity
Are We Cyber-Resilient? The Key Question Every Organization Must Answer
More Reports

just run with something sensational.

"While denying that cuts are hitting a third of the workforce, Colley declined to provide actual headcount numbers in relation to this wave of job cuts."

We're seeing a lot of big tech companies scaling back right now but trying to create fear inside another company hoping that people you want on your team will flee is not a great plan.  Maybe you'll get some people who jump ship and see you as their life raft but what happens when things slow down a little at Salesforce and you have a company full of people who are used to running away when there's mention of a lay off?  At that point you don't get to choose what talent stays.  I'm starting to wonder when we'll see agreements between large tech companies for employee sharing similar to unions.  Apple is busy so a group of workers leave the Salesforce offices to work at Apple for three months then shift back to Salesforce roles as business slows at Apple and picks up at Salesforce.
Reply  |  Post Message  |  Messages List  |  Start a Board

Why don't you ask Colley how many affected by the recent cuts had to train their replacements in India, Brazil or other countries? They've being doing that since 2006 and the press has never said a word about it.
Reply  |  Post Message  |  Messages List  |  Start a Board
Editors' Choice
Hot Topics