IBM Watson, the company's AI cognitive computing platform, has attracted an ecosystem of developers and users who are layering the technology on top of their own to make it even smarter. Here's an update on Watson's evolution and why IBM can confidently assure us it won't ever become HAL.

Developers write millions of lines of code, telling computers how to do every simple little thing. That level of practice has been turned upside down by Watson. IBM's cognitive computing platform isn't programmed to do something. It is programmed to learn something.

"This is the third era of computing," said Steven Abrams, director of technology for the Watson Ecosystem, in an interview with InformationWeek. The first age was mechanical computation, relying on punch cards. The second was programmable systems with input/output storage -- what we use today.

"Now systems are trained or taught instead of programmed," Abrams explained. "From a developer's standpoint, you have to get into teaching a computer." 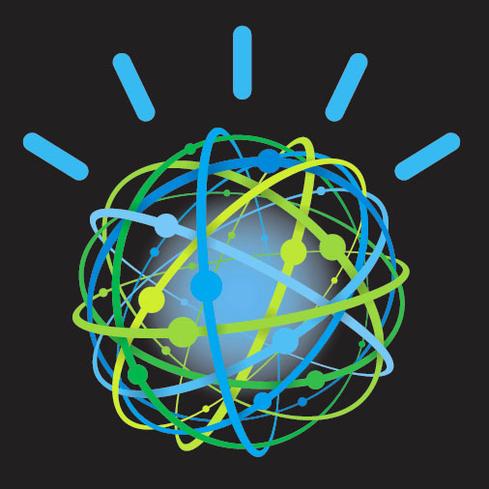 "I am not programmed to respond in that area."

Many robots or computers in science fiction TV shows and movies used that clichéd phrase in response to a question in an unforeseen situation.

It's a good starting point for understanding how to program an application for the Watson platform.

"You debug Watson's system by asking, 'Did we give it the right data?'" Abrams said. "Is the data and experience complete enough?"

Developers will have data sets they can "feed" Watson through one of over 30 APIs. Some of them are based on XML or JSON. Developers familiar with those formats will know how to interact with Watson, he explained.

Abrams provides cancer research as an example. A human doctor will go through 16 years of education before entering medical school, and even then he or she still has to pass through internship and residency before practicing medicine. Once past that threshold, "Dr. Human" will still need several decades of experience to become a qualified cancer expert. Watson will probably need two to five years of "learning" to become as knowledgeable.

It is the complexity of the domain that defines how long Watson will take to learn it.

One of Watson's strengths is natural language processing -- the ability to figure out a query when the language is less than precise, or when similar words are used to describe the same thing. This is used to understand the intent of the user, Abrams explained. "If these words have something in common, what other words will signal the same intent?"

The answer is complicated.

"The process of training Watson takes it from uncertainty to certainty, from low accuracy to high accuracy," Abrams added. Basically, a Watson-driven system has to trend from making mistakes to making fewer mistakes. But this is also a paradigm shift, he stressed, since programmers must change their thinking about computing from one based on determinism to another based on probability. Watson will answer if it is confident the information is correct, or remain silent if it lacks confidence the answer is the right one.

Ampsy does a lot of work with the music and entertainment industries. "We got to a point where we realized all the amazing content …had a lot of data behind it," said Jeremy Gocke, founder and CEO, in an interview.

Watson was a natural match for Ampsy's analytical platform, according to Gocke. The goal is to spot and log anyone at a live event who is sharing or generating social content.

Consider an AC/DC concert, for instance, Gocke said. Each concert venue is geo-fenced using a GPS location. The system grabs social content -- even without a hashtag -- from users within a prescribed radius. All social media postings are shared on a tour website. Data gathered from postings rate how much fans like each segment of the concert. Using Watson-driven analytics, individual "superfans" can be identified, thanked, and given free backstage passes for post-concert meet-ups with the band.

Watson could take it to the next level with visual recognition of brands at big events by using the Watson visual API. In that case, Watson would "recognize" a brand name or logo by comparing it to a database of logos, something that Watson can learn.

There is no way Ampsy would be able to deliver this type of experience using its analytical platform alone, nor is it possible for humans to deliver the same assessment. Gocke said that only Watson's AI, scaled to meet the challenge of sorting through an incoming torrent of data, can deliver the solution.

Meanwhile, SparkCognition is using artificial intelligence as a differentiator for its SparkSecure product -- a security event and incident management (SEIM) platform that layers "cognitive insights" on top to scale the system beyond what human security analysts could do in the same time. SparkSecure was built to spot anomalies against known patterns of operation and usage. The challenge is crunching all that data to map the IT landscape.

"When exposed to data … these algorithms automatically build a model of the underlying mechanism," said Amir Husain, founder and CEO, in an interview.

Adding Watson as an advisor to SparkSecure allows much more data to be processed to map a company's IT landscape, he said. Watson then "allows the end-user to know more about a problem and to solve the problem."

Security is an endless action-reaction cycle. The bad guy develops a new hack. The good guy crafts a new defense in response. The defense buys an advantage for the good guy until the bad guy invents a new hack. As a result, "we are continually adding more content to the Watson corpus," Husain said. "We live in a dynamic landscape."

Again, Watson's strengths come into play: Scale, natural language processing, and flexible learning capabilities. Without Watson, SparkCognition's developers would have to build endless diagnostic trees, hopefully with the right key words, to cover every security contingency, Husain said. With Watson, "precision in asking the question is not necessarily required." The user is not required to "guess" what's wrong in order to ask the right question to get the right answer.

Is it possible for the hacker to acquire a computer with AI to aid in his hacks? While that is within the realm of possibility, such a development would have issues. IBM's "first-to-market advantage is difficult for someone to address with a better algorithm or a bigger budget," Husain said. "A new entrant in this space will be two to three years behind IBM."

The artificial intelligence embodied by Watson could easily be mistaken for HAL 9000, the intelligent supercomputer from 2001: A Space Odyssey. Author Arthur C. Clarke named it HAL by taking the letters that precede I-B-M. As a fictional character, HAL was anything Clarke wanted it to be. The self-aware computer became paranoid during a space mission to Saturn and killed off most of the crew on the ship -- a nice dramatic touch.

But Watson should not be mistaken for HAL. "Watson will not initiate conduct on its own," IBM's Abrams pointed out. "Watson does not have ambition. It has no objective to respond outside a query."

"With no individual initiative, it has no way of going out of control," he continued. "Watson has a plug," he quipped. It can be disconnected. "Watson is not going to be applied without individual judgment … The final decision in any Watson solution … will always be [made by] a human, being based on information they got from Watson."