50%
Tweet
Palantir buys Kimono Labs, giving its teams "unmatched support" and resources to tackle new projects. The acquisition will add to Palantir's ability to collect data for analysis and data sets that reside in silos.

While it's sad news for data collectors everywhere, the companies' skills seem a natural match. Kimono Labs announced Feb. 15 that as part of its big news it will no longer offer or support its cloud-based or desktop products and will be shut down Feb. 29, although users will have until March 31 to import their APIs.

Kimono Labs automates data scraping -- or, as a March 2014 Wired article nicely put it, Kimono eliminates the bottlenecks that preface most data-based projects. A Web designer or analyst may have an idea for a project, but before it can get underway, someone needs to perform the tedious task of collecting the necessary data points. 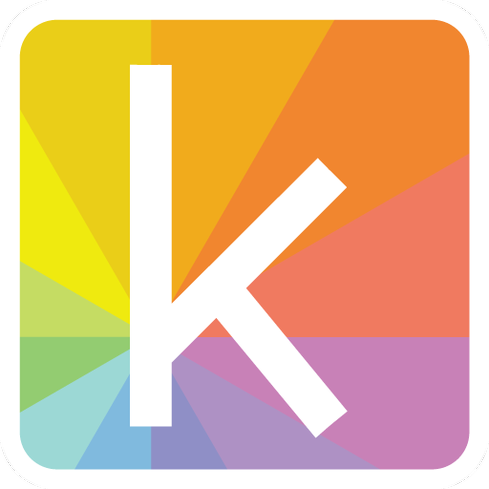 Data that resides inside a company is often easier to grab, but if it's data from various sources around the Internet, it's a manual, prone-to-errors task.

Kimono, founded by Ryan Rowe and Pratap Ranade, changes that. It appears as a bookmarklet on a user's browser, and from there collecting data is as easy as tapping on an example, from which the software quickly begins to learn what you're after and offer other suggestions. A user can then name the collection, the fields, and how often the data should be updated.

Rowe imagined Kimono's future, according to the Wired story:

Kimono starts to look like something very big indeed… it takes root as a sort of connective tissue for an entirely new class of interactions and experiences -- something like a nervous system for the internet of things. You could imaging pointing Kimono at not just websites but other sorts of streams, making objects react to sound, say, or building applications that respond to live video feeds.

That makes it an easy complement to Palantir, whose secret sauce is bringing together, for analysis, data sets that reside in silos, may have historically been incompatible, or that otherwise wouldn't find each other. In Palantir's words, the concept is one of "emancipating" data so it can live up to its full potential -- in days, not years.

In September, the US Securities and Exchange Commission awarded Palantir a five-year, $90 million contract to analyze huge amounts of data for signs of securities violations like insider trading.

Palantir's software is rumored to have led US forces to Osama Bin Laden's doorstep, and the company has teamed with Google Ideas and Salesforce.com to build the first data-sharing platform dedicated to understanding, and ending, human trafficking. It has also worked with the US military to try and find patterns and predict the locations of roadside bombs.

All of this speaks to Palantir's mission to create great products while "working for the common good and doing what's right."

[Find out how to connect analytics to business outcomes.]

Palantir's acquisition of Kimono Labs could help more user groups and individual companies to find more specific and personalized answers to their business questions, were it to keep Kimono's user-friendly software facing users. Though it seems the pair have a larger mission in mind.

"When we met the team at Palantir, we were instantly excited by the potential -- the incredible talent and access to the world's most important data problems -- even if it meant no longer working on the Kimono product," according to the Kimono website following the announcement of the acquisition.

"Our decision to join gives us unmatched support, resources and the ability to work on things we could not tackle alone as a small startup."

Michelle Maisto is a writer, a reader, a plotter, a cook, and a thinker whose career has revolved around food and technology. She has been, among other things, the editor-in-chief of Mobile Enterprise Magazine, a reporter on consumer mobile products and wireless networks for ... View Full Bio
We welcome your comments on this topic on our social media channels, or [contact us directly] with questions about the site.
Comment  |
Email This  |
Print  |
RSS
More Insights
Webcasts
Cyber Attack Evasion Techniques
5 Steps to Integrate SAST into the DevSecOps Pipeline
More Webcasts
White Papers
Let's Talk: Why Language Matters in Cybersecurity
Digital Transformation Built on the Cloud
More White Papers
Reports
Apex Report: Global Cyber Infection
eSentire Annual Threat Intelligence Report: 2019 Perspectives and 2020 Predictions
More Reports

With Kimono Labs shutting down service, I know many are looking for an alternative. I've used Parsehub and have been really happy with them. ParseHub is very similar to Kimono and the user experience is just as good. It's a bit more of a learning curve but does a much better job extracting data. With Kimono, I found you can only get data from static sites - with ParseHub I was able to deal with all sorts of interactivity.
Reply  |  Post Message  |  Messages List  |  Start a Board
Editors' Choice
Hot Topics

IT Careers: 10 Job Skills in High Demand This Year Cynthia Harvey, Freelance Journalist, InformationWeek,  2/3/2020
White Papers
Let's Talk: Why Language Matters in Cybersecurity
6 Emerging Cyber Threats That Enterprises Face in 2020
Digital Transformation Built on the Cloud
Protection Inside and Outside the Office: The New State of Cybersecurity
The Forgotten Link Between Linux Threats & Cloud Security