Salesforce buys Tableau, and Google buys Looker, kicking off a new wave of consolidation in the analytics and BI space.

If you've been to a big vendor-neutral tech conference focused on analytics and BI over the last few years, it's hard to miss the two companies in a horse race for the biggest, most enthusiastic installed base -- Microsoft's Power BI technology and Tableau. These two were also far ahead of the rest in the Leaders square of Gartner's Magic Quadrant for analytics and BI released in early 2019. (Although it's fair to point out the two other Leaders -- Qlik and ThoughtSpot.)

This week Salesforce changed the shape of that race by acquiring data visualization giant Tableau, a company with enterprise customers that have included GoDaddy, Nissan, Verizon, JPMorgan Chase -- more than 86,000 organizational customers total. The stock deal was worth $15.7 billion. 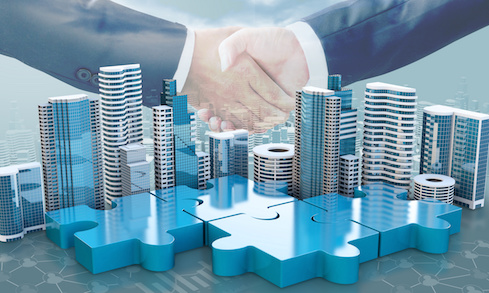 
It's not the first big deal in the analytics and BI space in the last few months. Google also recently announced that it would acquire Looker (another company featured on Gartner's analytics and BI Magic Quadrant report.) Also, Sisense (in the Visionaries square of the Gartner Magic Quadrant) recently merged with Periscope Data (which got an honorary mention in the Gartner report).

"This is the beginning of the next phase of consolidation in this industry," Sudheesh Nair, CEO of ThoughtSpot told InformationWeek, although he said his company is too new to be for sale. The first wave happened about 10 years ago when IBM acquired Cognos, SAP acquired Business Objects, and Oracle acquired Hyperion.

Now that everyone has acknowledged that "data is the new oil," we are entering a new era of consolidation.

"In 2020 the world will generate 50-times the amount of data it did in 2011," Salesforce CEO Marc Benioff said in a conference call with analysts after the Tableau acquisition was announced on June 10. "Tapping into this massive data flow creates huge opportunity for economic and human advancement."

The CRM giant has made it clear over the past several years that it already places a high value on analytics and related technologies through its own internal development of its Einstein Analytics Platform and related technologies. These internally-developed technologies were designed to operate on the data generated within the Salesforce platform and ecosystem of marketing and sales applications. With the Tableau investment, Salesforce is doubling down on data and analytics and going beyond that initial vertical of sales and marketing.

Those SAP and Oracle customers

For enterprise customers that use Tableau but not Salesforce, the combination won't change the services that are now available, at least not anytime soon. Tableau will operate as a standalone company.

Benioff said that Tableau users will continue to be able to choose whether to deploy the software on-premises, in public clouds such AWS or Google, or in the Tableau SaaS cloud.

Will Tableau customers who are Oracle or SAP shops feel the pressure to migrate to cloud competitor Salesforce? Probably not, according to Constellation Research VP and principal analyst Doug Henschen.

"Lots of SAP and Oracle customers also use Tableau," he told InformationWeek. "Both SAP and Oracle are upping their cloud analytics games with the SAP Analytics Cloud and the Oracle Analytics Cloud, respectively. I suspect both vendors will try to use the latest market shifts as a catalyst to get customers to consider moving to these products. Both are pure cloud, and both feature extensive augmented analytics capabilities."

But over time commitments to the various platforms may change according to their alliances.

Sisense CEO Amir Orad told InformationWeek that these acquisitions are very much about big cloud vendors looking to own data and data assets.

"If they own the data, they own the future of the market," he said. They will also have the power to provide greater integration of these analytics acquisitions with their own platforms than they do with the platforms of competitors.

"Everyone officially says that they will continue to support data from outside their cloud. I don't think they are lying," he said. "But if you are Salesforce, do you invest as much into integration with Salesforce and with Microsoft Dynamics equally?"

Vendors are building intelligence into their software, he said, because everyone would rather buy a smart product instead of a dumb product.

For more on analytics and BI read: