A study of Uber drivers finds that the company's algorithms amount to managerial control. However, it's not clear whether Uber's arrangement with its drivers can be applied to other organizations, including IT-oriented industries.

Uber's business model depends upon drivers who aren't employees. The transportation company itself has about 6,700 employees. It maintains that its 400,000 drivers in the US are independent contractors.

If Uber had to pay employment benefits for its drivers, the company would be in a far different financial situation from the one it's in today.

Uber was sued in 2013 in California and Massachusetts because it classifies drivers as independent contractors rather than employees. That case was scheduled for trial in June of this year, but in April, Uber chose to settle for $100 million (or $84 million if the company does not go public), leaving the company's characterization of its relationship with its drivers intact for the time being.

But the issue is far from settled. In June, a group representing Uber drivers in New York City filed a lawsuit against Uber challenging their status as independent contractors. Similar lawsuits are pending in Boston, and in states such as Indiana and Texas.

Smaller startups playing in the "gig economy" like Honor, Instacart, and Luxe have decided to pay employee benefits rather than risk a legal confrontation. Yet their caution limits positive aspects of working outside of the traditional employer-employee relationship, such as the freedom to set one's own working hours.

For companies considering whether they can have a different kind of relationship with workers, it's not clear whether Uber's arrangement with its drivers has applicability for other organizations.

Yet, particularly in IT-oriented industries, there could be benefits to carving out a work relationship that falls somewhere between employee and independent contractor. Among IT professionals, it might be appealing to have working hours that flexed with the needs of a project, rather than being forced in advance to choose between the two traditional work models. 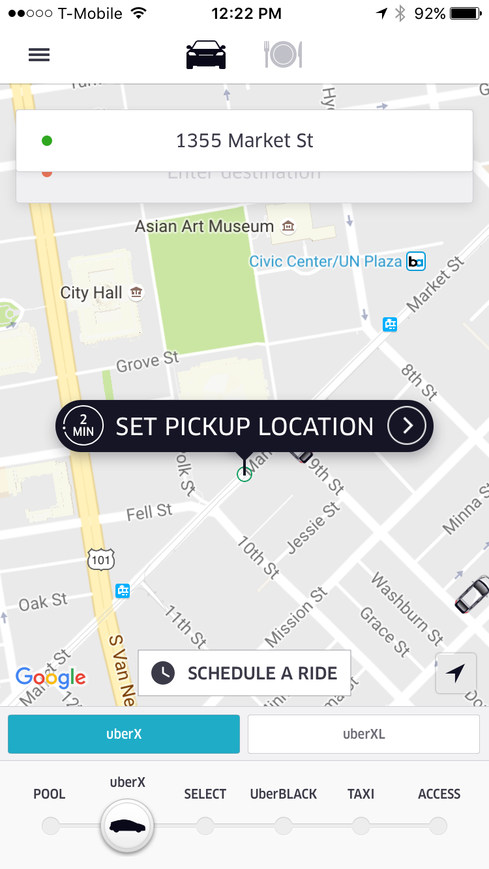 Uber continues to assert that its drivers are not employees. But according to an article in the current issue of the International Journal of Communication, Uber's technology gives it considerable control over drivers.

Control, or lack thereof, is one of the primary factors considered by the Internal Revenue Service in determining whether a worker is an employee or independent contractor.

In "Algorithmic Labor and Information Asymmetries: A Case Study of Uber's Drivers," authors Alex Rosenblat and Luke Stark assert, "Regardless of the language used by Uber to describe its legal and rhetorical relationship to its drivers, an analysis of driver experiences with the company's system reveals numerous manifestations of algorithmic management."

The authors, building on a research paper published last year, cite Uber's requirement that drivers accept ride requests blind (without seeing the potential fare) and its minimum fare requirement as examples of how the company exercises control over its drivers.

"These structures of the Uber system contradict the rhetorical framing of drivers as entrepreneurs," the authors state, noting that some Uber drivers dispute the characterization that they're entrepreneurs.

Responding to a comment about the paper posted on Hacker News that dismissed the research as mostly the "grumpy opinions of drivers," Stark, a doctoral student at NYU at the time the paper was written and currently a postdoctoral researcher at Dartmouth College, stressed in an email that the study is a qualitative ethnographic one rather than quantitative assessment of driving for Uber.

"We note in the introduction to the piece that we're not making quantitative claims about the experience of all Uber drivers, but that the common experiences of the drivers we observed and interviewed are indicative of some common concerns about the driver experience with Uber, and the ways that Uber's system [works]," Stark wrote.

In answer to doubts about the harm of the information asymmetry that exists between Uber and its drivers, Rosenblat, a researcher with the Data & Society Research Institute, underscored how the information gap -- between what Uber knows through its platform and the subset of that information provided to drivers -- functions as a mechanism for management.

"Uber claims drivers are advantaged by their status as 'entrepreneurs,' which implies an ability to make a reasoned, informed estimate of what their best interests are; furthermore, drivers are pressured, through policies, nudges, and the threat of deactivation, to follow Uber's prompts, even when they undermine the driver's profitability," Rosenblat said in an email.

"Overall, the risk and costs are redistributed to drivers, through a combination of communications and power asymmetries, when those communications are misleading. Through these and other functions cited in the paper, Uber is able to leverage indirect, managerial control over its workforce of disaggregated drivers."

Uber did not respond to a request for comment.

Stark and Rosenblat in their paper conclude that policymakers should consider how automated systems exercise control over workers as they evaluate claims about the benefits of such systems.

Thomas Claburn has been writing about business and technology since 1996, for publications such as New Architect, PC Computing, InformationWeek, Salon, Wired, and Ziff Davis Smart Business. Before that, he worked in film and television, having earned a not particularly useful ... View Full Bio
We welcome your comments on this topic on our social media channels, or [contact us directly] with questions about the site.
Comment  |
Email This  |
Print  |
RSS
More Insights
Webcasts
People Are The Most Important Part of Autonomous SOC
Nip Ransomware in the FUD: Detecting Attacks Pre-Encryption
More Webcasts
White Papers
How a Trading Floor Continues its Operations During COVID-19 Lockdown
Accelerate Threat Resolutions with DNS
More White Papers
Reports
Tech Insights: Detecting and Preventing Insider Data Leaks
Building an Effective Cybersecurity Incident Response Team
More Reports

Algorithms have owners too. Someone, somewhere is an OWNER of this and that algorithm.

We need to recognize this obvious fact and stop allowing unethical law-breaking employers such as Uber hiding behind virtual concepts such as "algorithm", "app", "sharing-economy".


Ask the right question - "WHO IS THE OWNER OR WHO BENEFITS MATERIALLY FROM IT" - that's it.
You just found your employer that wishes to remain anonymous.
Reply  |  Post Message  |  Messages List  |  Start a Board

"Stark and Rosenblat in their paper conclude that policymakers should consider how automated systems exercise control over workers as they evaluate claims about the benefits of such systems."

I have tried a few freelancing platforms. Some exercise a lot of control over how projects are timed and billed. These platforms sometimes require intrusive software to take screenshots of your desktop as you work on projects. These platforms seem to exert an awful lot of control over freelancers for the privilege of giving up high fees on your pay. I wonder how this paper and future litigation against Uber will affect controlling freelancing platforms.
Reply  |  Post Message  |  Messages List  |  Start a Board
Editors' Choice
Hot Topics