By 2020, there will be billions of IoT devices in the market. After learning a lesson with mobility, Microsoft is using Windows 10 to edge its way into billions of dollars of new revenue.

In 2014, Cisco predicted last year that we would have more than 50 billion connected devices by 2020.

This number was considered bullish by some, but cautious by most. Now, Juniper Research forecasts that the number of Internet of Things-connected devices will be 38.5 billion in 2020. With almost eight billion cellphones active in the world already, within five years we could have staggering numbers of connected devices.

The biggest issue of IoT, however, is not the connectivity of devices, but how to leverage and analyze the massive amount of data being collected.

Machine-to-machine (M2M) devices and applications have existed for decades in fields such as factory automation, security, and city sensors. Those devices perform basic functions, allowing the machines to interconnect and do their job, but they are not designed to collect and analyze data.

Now, with the introduction of wearables and IoT devices, together with the data they store and share, the challenge is how to handle that data and create new products and applications to make use of it. 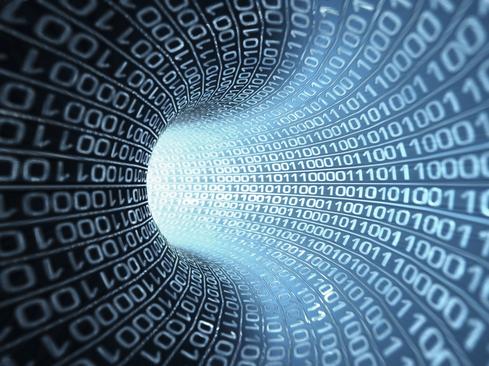 The lack of standards is one of the main barriers to mass adoption of connected devices, many experts agree. Lack of standards was a big topic of discussion at the Internet of Things World Forum in Barcelona last November. Yet many players are developing their own IoT networks, effectively creating a Tower of Babel that will make it difficult to manage and connect all these devices.

Security is another issue.

Many devices being installed, such as smartmeters, are expected to be operational for years, even decades. The security systems embedded in those devices might be good enough today, but not in the future.

Enterprises are feeling the challenge, too. While most corporations agree that they need to invest in the IoT, very few are taking serious steps to deliver products and applications, mostly because of the difficult and expensive task of integrating with their existing IT infrastructure.

"We're still at an early stage for IoT," noted Juniper Research author Steffen Sorrell in a July 28 statement announcing the new research. "Knowing what information to gather, and how to integrate that into back office systems remains a huge challenge."

Both Apple and Google have been stepping up their efforts to dominate the IoT market, especially for consumer devices. Last year, Apple launched its "smart home" platform, and Google, after purchasing Nest for $3.2 billion, also launched a similar platform for Android.

Microsoft Doesn't Want to Be Left Behind

Now Microsoft aims to get into the IoT market with specific flavors of its brand-new operating system, Windows 10, which the company officially released July 29.

Windows 10 will include a new IoT edition for small devices that is tuned to run Windows universal apps and drivers and is royalty free to makers and device builders. 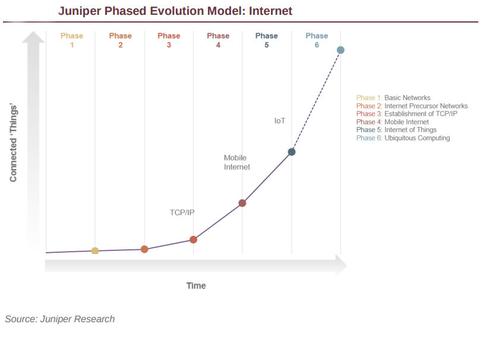 "To address emerging IoT device categories, we are delivering a new version of Windows 10 for small devices that will be free for Makers and commercial device builders and device services to unlock new scenarios," the software giant noted in a blog post. "Additionally, through partnerships with the Raspberry Pi Foundation, Intel, and Qualcomm, we will provide a range of developer boards Makers and device builders can use to bring Windows 10 devices to life."

Microsoft is launching three different versions of Windows 10 IoT: One for small devices, another one for mobile, and the third one for industrial devices.

[Read more about the pros and cons of Windows 10.]

Redmond may have missed on out on mobile. (Its Windows 10 Mobile platform will not be released on the same day as Windows 10 desktop, and its Nokia acquisition is a major drag on the bottom line.) However, company executives seemed determined not to make the same mistake with IoT and the billions in revenue it could produce.

Windows 10 is the first, and probably the company's most powerful, step in that direction.

In a July 28 research note, Ovum analyst Richard Edwards writes: "Microsoft is pinning its future hopes on Windows 10, too, but this isn't about recapturing the important mobile operating systems market (it's pretty much conceded that to Apple and Google), it's about gaining a strong foothold in the next multi-billion dollar market: The 'Internet of Things.'"

Pablo Valerio has been in the IT industry for 25+ years, mostly working for American companies in Europe. Over the years he has developed channels, established operations, and served as European general manager for several companies. While primarily based in Spain, he has ... View Full Bio
We welcome your comments on this topic on our social media channels, or [contact us directly] with questions about the site.
Comment  |
Email This  |
Print  |
RSS
More Insights
Webcasts
How Elite Analyst Teams are Transforming Security with Cyber Reconnaissance
Building the SOC of the Future: Next-Generation Security Operations
More Webcasts
White Papers
How to Prioritize Risk Across the Cyberattack Surface
Transforming the Corporate WAN: Enterprise Network Insights
More White Papers
Reports
Assessing Cybersecurity Risk in Todays Enterprises
The Malware Threat Landscape
More Reports

@batye, I have not tried Win 10 yet, but I only have a seven years-old Dell laptop now. I went to the MS tech camp last year and saw some presentations.

My feeling is that Microsoft wants to change their model to a service oriented business where consumers pay for apps and MS sells advertisement. They are trying to copy Google's model of free services in lieu of targeting ads.

But the IoT versions look promising, but MS will have to fight for a place in the already crowded space.
Reply  |  Post Message  |  Messages List  |  Start a Board

@Pablo Valerio, I would say Microsoft must play it smart but very very carefuly as todays market is like mine field... one wrong step and boom....
Reply  |  Post Message  |  Messages List  |  Start a Board

I will keep my finger crossed and see how MS will perform. OS should be free and real revenue should come from App Store and other valued added services. MS needs to establsh a strong ecosystem to continue being successful in the battle field.
Reply  |  Post Message  |  Messages List  |  Start a Board

10 IT Trends to Watch for in 2021 Cynthia Harvey, Freelance Journalist, InformationWeek,  12/22/2020
White Papers
How to Prioritize Risk Across the Cyberattack Surface
From MFA to Zero Trust
The 2020 Duo Security Trusted Access Report
How to Compete in Financial Services IT
The State of Threat Detection and Response