Analytics are being applied to a host of medical brain testing data. Can these efforts and other projects help us enhance our mental functioning? 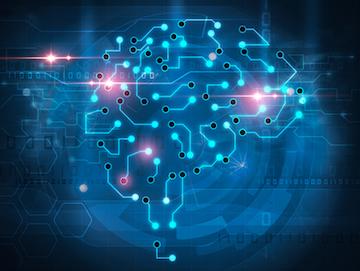 Brain mapping and data analytics advancements are improving our understanding of the brain's functioning and opening it up as the new frontier for biohacking.

The human brain is one of the most complex organs in the body, in part because it holds the mind which is as abstract as it is essential to human life. Both mental well-being and the anatomical health of the brain have been studied for many centuries now, with the more modern studies happening mostly in clinical contexts towards finding cures for illnesses.

However, the availability of cheaper, less intrusive, and enhanced brain mapping methods today are enabling improved analytics towards better understanding of the brain's functioning. High resolution imaging of the brain such as magnetic resonance imaging (MRI), functional magnetic resonance imaging (FMRI) and brain signal measurement with electroencephalography (EEG) are but a few of these methods. Each of these methods can avail large sets of data from the brain to be analyzed. The EEG in particular has a very high temporal resolution, allowing for very large samples of data to be collected per second. The successes in brain imaging and measurement, enabled brain computer interaction(BCI) research, aimed at making the most out of neurofeedback data and initially intended as a way for locked-in patients to communicate.

Brain data collection and processing successes have also enabled various attempts at improving human efficiency and even the capabilities of the human brain. Today there is considerable focus on various neurotechnologies. Facebook recently launched a project towards developing a brain-to-computer typing interface that would be used to type without keyboard use by processing the thoughts that an individual wants to type in. This would not only further enable locked-in patients in carrying out computer-mediated tasks but also speed up input for all users.

Cognitive enhancement as a theme has also gained traction in the gaming industry which now produces many games aimed at providing cognitive training. The effectiveness of gaming in cognitive enhancement has been analyzed via cognition tests as well as imaging using functional Magnetic Resonance Imaging (fMRI) scans to observe the level of activation in different brain regions. However, despite various studies there has been no consensus on the effectiveness of these games for this purpose. A more dramatic cognitive enhancement example is transcranial magnetic stimulation(TMS) of the dorsolateral prefrontal cortex(DLPFC)[non-free journal paper] which involves magnetic stimulation of the brain during mental tasks to expand the brain's capacity in memory and processing. Effects of TMI have also been analyzed via fMRI scans and although some authors report promising results, the studies are all still early. Looking to the future is another interesting development in data driven brain enhancement research; Tesla founder Elon Musk's recently announced a new venture towards augmenting the brain with artificial intelligence to enhance efficiency of input and output.

Aside from these industry efforts in the brain optimization, it is interesting to note the proliferation of DIY brain biology and brain analytics. A visit to Reddit's nootropics subreddit reveals that there are thousands of people visiting in search for solutions to improve the quality of their lives by enhancing cognition, mood, memory, energy, and focus to do daily tasks better. Nootriment lists more than 120 different types of brain supplements and nootropics, each with different advantages and side effects. A follow-up around the internet shows that brain supplementation is indeed a subject attracting more people every day.

Although many nootropics are substances not well tested for the purpose, many users are putting out their own experiences via Reddit discussions and on other forums, thus contributing to a growing body of anecdotal data. Users try to quantify the improvements gained by comparing results in standardized tests and other psychological puzzles taken periodically during supplementation, cognitive enhancement games and other neurotechnology.

It is evident then that history is at a point where brain performance as well as brain computer interaction are very important subjects both to corporations from a business perspective and to individuals hoping to improve quality of life. Hence it makes for a very important niche for analytics tools to be paired with home-use brain mapping equipment such as versions of EEG. As an example, it would be great to know exactly how many cups of coffee pick your brain's alpha wave to just the right frequency by simply slipping on an EEG cap and looking at data. This would be much like what is already mainstream in physical activity self-trackers, home-use heart rate monitors and other tools that help consumers manage their own body health.

We welcome your comments on this topic on our social media channels, or [contact us directly] with questions about the site.
Comment  |
Email This  |
Print  |
RSS
More Insights
Webcasts
The Experts Guide to Ransomware Response
Multi-Cloud Data Management for Modern Applications
More Webcasts
White Papers
Ransomware Defense for Dummies
Run and Transform
More White Papers
Reports
The State of CCPA 2021
Building the SOC of the Future
More Reports