CES 2015: Wearable Tech Is Business At The Flick Of A Wrist - InformationWeek

What do the wearable devices on display at CES 2015 have in common with enterprise business intelligence? Turns out, quite a bit.

Want to know what the future of business analytics looks like? Take a glance at your wrist.

At CES 2015, wearable tech is one of the major trends, judging by the sheer number of devices on display here in Las Vegas Jan. 6-9. What's less obvious, but no less notable, is the parallel we can draw between wearable devices and enterprise business intelligence.

Not long ago, the technology worn by most people consisted of sensors that logged basic data for reporting after the fact. They were, in essence, tools of historical analysis accurately providing insight into events that had already happened. Businesses have always done the same with financial reporting: The release of quarterly and annual results is a ritual that entire industries are built around.

Of course, as the speed of business increases, it's become important to know what happened as closely as possible to the time that it was actually happening. That led us to predictive analytics, the next great phase in business intelligence. With predictive analytics, you take the historical data, apply some curve-fitting and projection algorithms, and tell the user what the expected future will be (within the limits of standard deviations). This is useful because it allows you to plan, and it provides a metric against which you can judge performance. "Gee, we were predicted to do X, and we actually did X-10%. What happened?" 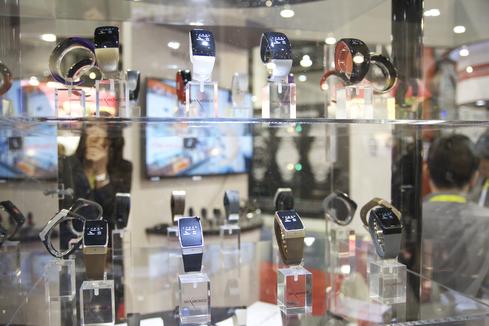 The thing is that the systems could tell you what you (or your company) had done in the past and predict what you should do in the future. What they couldn't really do is tell you the best path to follow if you wanted to make sure that you achieved your goals, or which parameters you should tweak if you wanted to exceed those predicted targets.

That's changing now -- and the change is starting on your wrist. Here, in broad terms, is how most of the wearable tech systems are working: You build an algorithmic model of a human being. You take data from the customer to tweak that model -- and then you plot the curves between where the customized model is and where an "ideal" model for a human of a particular age/gender/level of fitness would be.

So far, what we're describing could just be very good predictive analytics tools applied to wearables. In what I like to call prescriptive analytics, though, the system will reach into a database of some size to pull out instructions for various diet, sleep, lifestyle, and exercise changes that are likely to bend the curves in the desired direction.

As the data reflects the user's changing results, the prescription changes until a point is reached at which maintenance is the key consideration. At that point, the user can look back at the historical analysis to plot the path of progress and see where specific actions had intended (and unintended) results.

Now, you won't see the phrase "prescriptive analytics" in CES booth signs. Instead, you'll see lots and lots of companies talking about the "coaching" their systems provide. It's the same thing. Coaching for consumers -- and prescriptive business intelligence for the enterprise -- both use the same basic models to base instructions for actions on data and advanced models.

In his keynote session at Gartner Symposium 2014 in October, "The 2015 CIO Agenda," Gartner fellow and senior vice president Dave Aron talked about the evolution of business analytics from a historical focus to one that is more predictive. "The analytics game is flipping, as well, from backward reporting to forward looking reductive analytics," he said. As it turns out, analytical flip is happening even faster than the Aron dared suggest -- and the flip is happening one wrist at a time.

Curtis Franklin Jr. is Senior Analyst at Omdia, focusing on enterprise security management. Curtis has been writing about technologies and products in computing and networking since the early 1980s. He has been on staff and contributed to technology-industry publications ... View Full Bio
We welcome your comments on this topic on our social media channels, or [contact us directly] with questions about the site.
Comment  |
Email This  |
Print  |
RSS
More Insights
Webcasts
Fintech at SaaS speed: Navigating the scale & security challenge
Monitoring Critical Cloud Workloads
More Webcasts
White Papers
Zero Trust Guiding Principles
The State of Malware Threats
More White Papers
Reports
Are We Cyber-Resilient? The Key Question Every Organization Must Answer
The State of CCPA 2021
More Reports

"We're absolutely seeing the market move away from the simple fitness trackers and I think that's similar to what's happening in business analytics, as well."

As Heraclitus once said: There is nothing permanent except change.

Fitness trackers had their moment and evolved into more complex wearables all with their corresponding app. There is an interesting tendency with focus on health and fitness. So, maybe soon conditions like obesity and diabetes can be more controlled.

It's interesting you note the parallel of what is happening in business analytics. With the change, enterprise leaders have to be more than alert and fit to face such change and lead the enterprise toward the best direction. Because, once again, anything is as permanent as change.

@Curt On the vitamin D thing, I remember when my pediatricians said it was no concern for children. Several years ago, when doctors first started looking at vitamin D levels in adults and started recommending supplements, I asked my pediatrician about it for children. He said there was no concern for them, but two years later, the concern extended to children.  Many kids don't drink much milk today and so miss out on the vitamin D added to it. I try to buy orange juice fortified with calcium and vitamin D and do offer my kids the supplements. Not all are willing to take, though, not because they can't but because they don't like tablets. As for actual sun exposure, the pediatricians recommend 15 minutes a day, but there's no way they're getting that here in the winter.
Reply  |  Post Message  |  Messages List  |  Start a Board

It's interesting that you bring up excessive sun exposure: While that's still a concern, many of the devices at CES are also alerting parents/wearers if they aren't getting enough sun! It seems that the worry about skin cancer is leading to a huge wave of vitamin D deficiencies (with all sorts of un-healthy side effects). Getting enough sun without getting too much is part of what the devices are trying to help with. I know it's a real thing: Even though I live in Florida, I have to make sure to spend enough time in the sun to keep from having major issues, since my body doesn't use the oral vitamin D nearly as well as the "real stuff."

I think this is the sort of thing that many of the BI programs are trying to do, as well: Keep track of all sorts of factors, both obvious and subtle, so that we don't get into unintended consequences when we try to optimize for one factor.

And for what it's worth, I agree with you: No technology takes the place of involved, educated parenting when it comes to a child's health and well-being.
Reply  |  Post Message  |  Messages List  |  Start a Board

@Curt As a parent, I  have to say that nothing takes the place of direct supervision. You mention sun exposure, which happens to be one of the things I take very seriously. You have to really instill in children the need to put on sunscreen, reapply it, and avoid strong midday sun. It also helps to not leave their shoulders and back exposed. If that were the concern for the kids in the picture, they'd be better off with rashguards than a wearable device.
Reply  |  Post Message  |  Messages List  |  Start a Board

Ariella, while the story isn't specifically about kids there were a lot of wearables at CES intended for children. They ranged from security (telling you if the child wanders out of a pre-defined radius or area) to health (keeping track of sun exposure, activity, or environmental factors for the child).

We're absolutely seeing the market move away from the simple fitness trackers and I think that's similar to what's happening in business analytics, as well. We're seeing BI move out of the financial and sales realms to look at how the business should plan its future moves in all kinds of areas. The real question for many executives is what to do with all this new information and direction -- and how to know whether the advice is good or just "safe".
Reply  |  Post Message  |  Messages List  |  Start a Board

Is the picture of kids in bathing suits meant to suggest wearables for them? These kids don't have anything on their wrists.  It also seems a bit extreme to clamp them on children unless there is a health issue that needs some form of monitoring.
Reply  |  Post Message  |  Messages List  |  Start a Board
InformationWeek Is Getting an Upgrade!