SEARCH
A minimum of 3 characters are required to be typed in the search bar in order to perform a search.
Announcements
Event
Enterprise Connect 9/27-9/29 - Time is running out, secure your FREE Virtual Pass today!
PreviousNext
Clinical Information Systems
Commentary

When Data Is A Matter Of Life Or Death

Healthcare analytics startup offers insights into how to develop the numbers when it counts for everything.
Patrick Houston
Contributor
June 26, 2012

8 Health Information Exchanges Lead The Way
(click image for larger for slideshow)
Not long ago, a colleague clapped me on the back as we were leaving the office. "It's been a good day," he crowed. "No one died." He was kidding and to make a point: Don't take work too seriously when the stakes aren't mortal.

But what if they are? As they are for Ash Damle, the 35-year-old founder of an about-to-be launched, cloud-based, big data healthcare analytics company called MEDgle.

Because MEDgle could make the difference between life and death, I found myself pestering Damle for details. I discovered what it takes to collect copious amounts of raw data from obscure journals and exotic databases and create sophisticated probability algorithms, while making it useful to help nurses, doctors and others diagnose, triage, and treat flesh-and-blood people.

Maybe seeing how MEDgle met the standards required by such high stakes will offer you some insights for developing, crunching, or using your own data more effectively, too.

[ Tech is having a major impact on healthcare. Read When Smart Mobile Technology Meets Good Science. ]

Damle was among about 200 entrepreneurs in San Francisco last week for a two-day Life Sciences Venture Summit. While the burgeoning opportunities in medtech lured most of those attending, Damle arrived no doubt at the behest of nature and nurture: His father is a pulmonary physician, his mother a pediatrician.

An only child, he grew up to the heartbeat of conversations about the common concerns shared by docs. He went off to MIT, earned degrees in computer science and mathematics, and started a search consultancy. Then began connecting dots to what he learned from the time he occupied a high chair.

Dot 2: The coming explosion of data spawned a growing number of medical devices and sensors hitting the market.

Dot 2 seemed particularly important because of a law of nature Damle identified. "If you have data," he said, "there's an inherent demand to do something with it."

As personality types go, Damle describes himself a clinician--curious about conditions, diseases, and their causes. As he began to survey the market, he knew, by temperament and training, there had to be better system to help healthcare pros determine what's ailing a patient.

So began what has since become a laborious five-year effort to build--and bulletproof--MEDgle, a name, by the way, created to suggest MEDicine's GooGLE. (Get it?)

It took so long for a good reason: MEDgle relies on an intricately branched decision-making tree, comprised of symptoms and the probabilities among their multitudinous relationships to each other. Damle has been trying, in effect, to replicate with software the same diagnostic intelligence, intuition and judgment exercised by TV's "House."

"Little did we know how much data is needed to mimic the human mind," Damle said.

Thus began the search for data. But, as in any data-based endeavor, quality isn't to be confused with quantity. To build MEDgle, Damle says he's relied on that programmer's adage--you know, GIGO, for garbage-in-garbage-out. (It is comforting that some things don't change.)

For input, he had to tap into a broad array of sources--medical journals, government statistics, and obscure rare-disease databases. Over time, he says, the company collected medical data from hundreds of sources. "We had no idea how much data it would take," he told me.

Of course, Damle and his engineers applied their own algorithms to the data, including a semantic search technology for which Damle says he'll soon receive a patent.

But patent or not, software programming smarts alone weren't up to this task. As Damle says, you can't finesse the outcomes to a system like MEDgle's by creating machine instructions. No matter how brilliantly conceived, the rules invariably result in unforeseen consequences--unacceptable in healthcare.

That led to a second laborious facet of developing MEDgle's big data analytics: Peer review. Over time, he had physicians--one of them his father--reviewing every output, to the tune of 20,000 hours. He didn't consider his results acceptable until the doctors said they were. Good enough wasn't good enough.

Damle says MEDgle is being used now by five beta customers. He offered me a glimpse at several demonstration applications for the platform. One could be used by a patient, another by a nurse at the end of phone line. 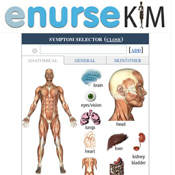 But the most intriguing of these was a mobile SMS service that resembles the back and forth between a physician and a patient. Though the exchange appears to be conversational, it's not. Using MEDgle's platform, the responses are prompted by answers, which prompt more questions prompted by the analytics-based probabilities, leading to more questions, and so on. (Click on the image to the right for an example.)

Damle says, in one deployment, the MEDgle platform slashed the time for an acute conditions diagnosis from 15 to eight minutes.

In the end, Damle believes he's working on a way to scale "hyper-personalized" healthcare--by enabling providers to make better decisions faster from anywhere, based on a data-driven model of an individual, who lives and could very well die.

Patrick Houston is the co-founder of MediaArchitechs. He's a former SVP for a new media startup, a GM at Yahoo, and editor-in-chief at CNET.com. He can be reached at [email protected]