In a recent survey, IT managers said that they were willing to pay more for employees with these hard-to-find cloud skills.

Cloud computing skills rank among the most in-demand of all IT skills. As organizations move more of their infrastructure to public clouds, they are having trouble finding the qualified professionals they need to manage and support their environment.

In the fall of 2017, Rackspace published a study titled The Cost of Cloud Expertise based on a survey of 950 IT decision makers and 950 IT professionals that was conducted in collaboration with LSE academics and Vanson Bourne. It found, "Nearly three quarters of IT decision makers (71%) believe their organizations have lost revenue due to a lack of cloud expertise. On average, this accounts for 5% of total global revenue, or $258,188,279 per organization." The average revenue for those organizations was $5.2 billion.

It's not that organizations aren't looking for the cloud professionals they need. At the time of writing, a search for "cloud computing" jobs on Indeed.com returned more than 10,000 listings.

However, companies are finding that it takes a long time to fill those positions. According to the Rackspace report, "On average, it takes five weeks to fill an open role on an IT team – over 50% more than the overall average of 23 days."

For job seekers, the good news is that the demand for cloud computing expertise is driving up salaries. Acquiring new skills could result in a significant bump in pay — if you acquire the right kinds of skills, that is. 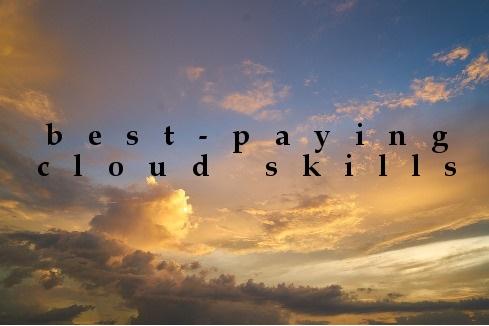 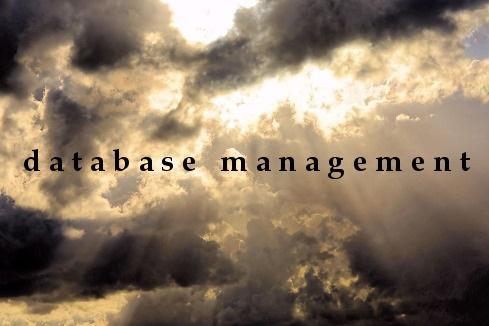 In the survey, 44% of respondents listed database management as a cloud skill they paid the most for, and 24% said it was among the hardest to find.

It might seem counterintuitive that something as new and innovative as the cloud requires database management expertise — after all, databases are hardly cutting-edge technology. However, demand for cloud professionals with database skills likely relates to the trend toward big data. According to Forrester analyst Brian Hopkins, "Public cloud adoption is the No. 1 priority for technology decision makers investing in big data." As enterprises turn to the cloud for their data storage and analytics needs, they need database administrators and managers who understand cloud-based data warehouses, data lakes, relational databases, and NoSQL databases. 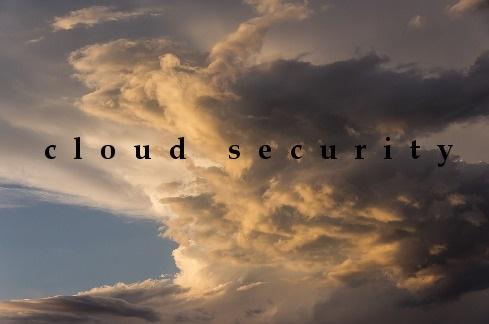 Cloud security was only slightly behind database management on the list of cloud skills that enterprises pay the most for. Among those surveyed, 43% said it was a high-paid skill and 35% said it was an in-demand skill.

Since the earliest days of cloud computing, security has topped survey lists of concerns about the cloud. While some IT and business leaders now say that they believe their data is actually more secure in the public cloud than in their on-premise data centers, the cloud adds a layer of complexity to the task of securing the IT environment. And the constant news about large corporations that have experienced data breaches is only adding to the demand for talent with cloud security knowhow.

In the report, 35% of respondents listed service management as a skill they paid the most for, and 20% listed it as one of the hardest-to-find cloud skills.

Cloud service management involves provisioning, monitoring, and orchestrating an organization's use of cloud tools. As more enterprises are moving to hybrid cloud and multi-cloud environments, the process of keeping track of which services the organization is using becomes much more complex. And many organizations are looking for ways to reduce their cloud costs by optimizing their use of services. Employees with cloud service management skills can help their organizations become more efficient and cost-effective, and that makes them very valuable. 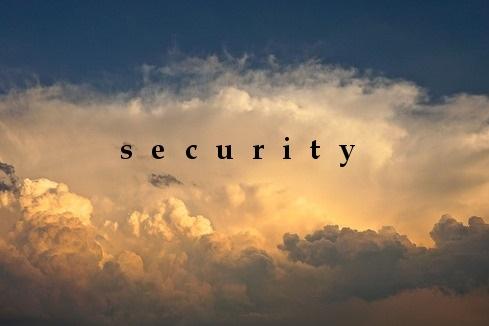 It's fairly easy to spin up a new cloud instance for creating a brand new application. However, migrating a legacy application to a public cloud is a far different story. Many enterprises are currently moving big data projects to the cloud, and transferring the vast quantities of data involved in these initiatives can be particularly challenging. Most legacy applications will require some re-architecting in order to achieve the performance and cost goals that often underlie migration projects, and this is where employees with migration expertise can be particularly useful. 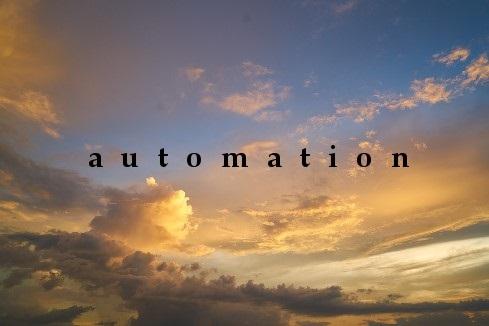 Among those surveyed, 24% listed automation as a cloud skill they would pay a lot for, and 26% listed it as a hard-to-find cloud skill.

With more organizations utilizing DevOps approaches, more enterprises are using automation tools to handle routine configuration and management tasks for infrastructure — both in the cloud and in their on-premise data centers. Employees who understand how to use these tools — particularly how to use them with cloud services — are becoming more highly sought after as a result.

In the survey, 22% of people listed native cloud app development as a cloud skill they would pay the most for, and 34% said it was hard to find.

It's somewhat surprising that app development didn't rank higher in the list of highly paid cloud skills. After all, app developers are among the most highly paid IT professionals. However, with the global population of cloud developers growing to more than 5.4 million, it could be that cloud development skills are becoming slightly less highly prized than some other cloud skills. 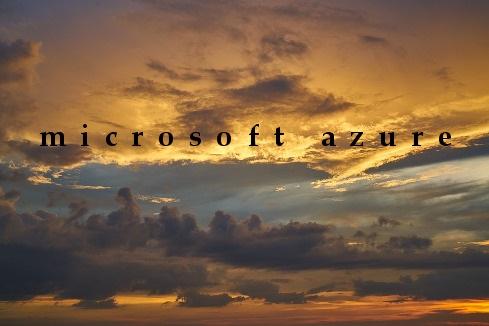 Microsoft Azure tied with native cloud app development skills with 22% of respondents saying it was a highly paid skill. Slightly fewer (18%) listed it as a hard-to-find skill.

According to the latest data from Synergy Research, Microsoft Azure is currently the fastest-growing public cloud provider and is second only to Amazon Web Services in overall market share for infrastructure as a service (IaaS), platform as a service (PaaS) and hosted private cloud. That growth is boosting demand — and pay — for workers who understand Microsoft's cloud computing environment. 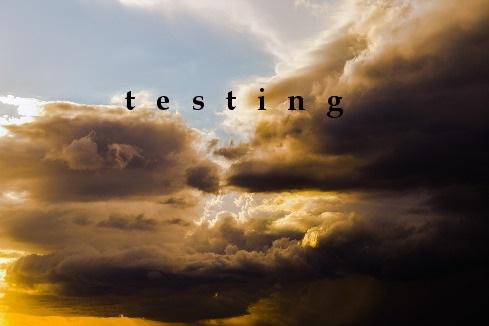 The last three skills in this slideshow were tied on the list of highly paid cloud skills. Seventeen percent of those surveyed said testing was a valuable cloud skill, and 19% listed it as a hard-to-find cloud skill.

Many organizations choose to use the public cloud for their dev and test environments because it is so fast and easy to spin up cloud instances. That has resulted in a boom in demand for testing professionals who have experience with public cloud platforms. 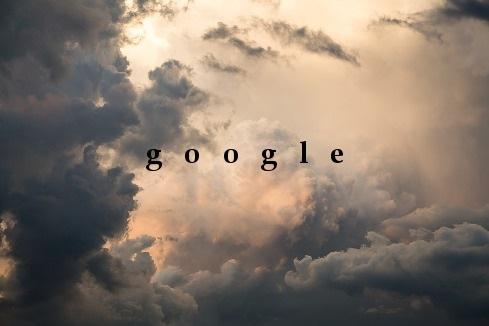 Google Cloud Platform skills were also part of that three-way tie with 17% of respondents listing it as a highly paid skill. However, Google was last on the list of hard-to-find cloud skills, selected by 13% of respondents.

Like Microsoft Azure, Google Cloud Platform is experiencing very rapid growth. And it is either the third or the fourth largest public cloud provider depending on how you define the market. As with Azure, the fast growth is leading to increased salaries for those who have experience with the platform. 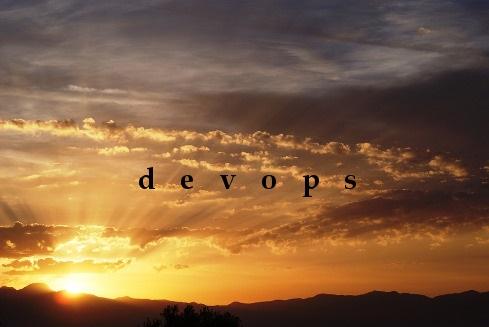 DevOps approaches emphasize speed and automation — both of which lead many DevOps teams to use public cloud services. With a majority of enterprises having already implemented DevOps or planning to do so, this skill, like the others on the list, is becoming far more valuable.

Cynthia Harvey is a freelance writer and editor based in the Detroit area. She has been covering the technology industry for more than fifteen years. View Full Bio
We welcome your comments on this topic on our social media channels, or [contact us directly] with questions about the site.
Comment  |
Email This  |
Print  |
RSS
More Insights
Webcasts
Protecting Your Enterprise's Intellectual Property
Strategies for Success with Digital Transformation
More Webcasts
White Papers
The Insecure State of Microsoft Teams Security
The Insider's Guide to IP Geolocation Data During COVID-19
More White Papers
Reports
2021 Top Enterprise IT Trends
The ROI Of SD-WAN: Not Just A Numbers Game
More Reports
Copyright © 2021 UBM Electronics, A UBM company, All rights reserved. Privacy Policy | Terms of Service