Migrating systems to the public cloud requires many steps. One of them should be performance monitoring. Here are five ways IT pros can make sure their company is getting a return on its cloud investment. 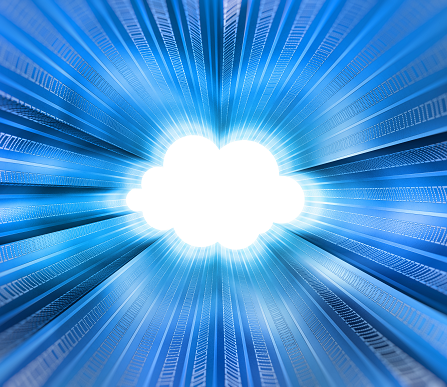 Shifting to public cloud computing from traditional sources, including direct server and software license purchases, has been picking momentum. Gartner expects the public cloud market will total over $208 billion by the end of this year. The research firm predicts IT spending on cloud services will grow to $216 billion in 2020.

But choosing to migrate to the public cloud is only the first step. Once the move has been made, all the stakeholders, including the CEO, CIO, and IT staff, will want to insure the company is getting its money's worth in terms of performance.

To determine that, IT should document some baselines of how the workloads are running. What are the response times, business logic calculation times, transaction processing times? Keep a record of all the things that the staff can measure as it starts out, and periodically check that it's still getting the same performance at a later date.

The issue was paramount to Netflix as it transitioned from distributing video from its own data centers into the cloud. It noticed in some cases a virtual server it had commissioned kept registering slippage in performance and concluded other tenants had already been on the server when it landed there.

Those tenants were the "noisy neighbor" type, with lots of incoming and outgoing network traffic and different data exchanges with storage. In no case was the server stalling their workload, only periodically slowing it down as the server paused to allow a co-tenant's cache to clear and queues to unload.

Better to shut the workload down and shift to a new server. Netflix became skilled in sizing its workloads so that they required most of a server and didn't allow noisy neighbors to plant themselves in the same neighborhood.

If at some point response times seem to be slowing, you may have to engage in a conversation with your cloud provider. With modeling and baseline process time captured at the outset, at least you have some talking points as the provider insists performance is the same as it's always been.

To do that, you're going to need to establish those baselines. Consider the experience of First American Financial, where the company implemented the IT process modeling benchmarking capabilities of Apptio. Going with a supplier such as Apptio is an option, as is inventing your own documentation method. The important thing is to get something on the record about performance.

Beyond setting up the defense, read on for five strategies for measuring public cloud performance.

An additional approach would be to collect feedback on the Internet network segments your cloud workloads are depending on to see whether they are functioning at par or are subject to some kind of degradation, which would affect your application's performance. But getting visibility into Internet segments isn't necessarily easy.
Reply  |  Post Message  |  Messages List  |  Start a Board
InformationWeek Is Getting an Upgrade!