Cloud native is in the spotlight with COVID-19-driven digitalization. Here's how open source is making it shine.

COVID-19 accelerated the drive to enterprise modernization with cloud native. Corporate boards ramped up their digital initiatives, according to Gartner, beefing up online services for consumers and employees. Consultant McKinsey reckons we’ve vaulted years ahead on digital transformation, with one CEO saying: “We are witnessing what will surely be remembered as a historic deployment of remote work and digital access to services across every domain.” 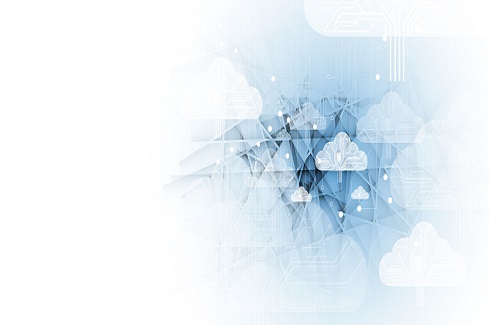 This puts even more of a spotlight on cloud native. Cloud native development practices are, according to IDC, central to digital innovation, while 451 Group reckons cloud native is a weapon that the C-suite can use against “uncertainty and rapidly changing market conditions”.

The reason is simple. Cloud native means infrastructure as code and services as software run on highly scalable and automated platforms. Systems and services can, simply, be built faster and managed more effectively.

There’s a number of building blocks for cloud native but one of the best known is container orchestration system Kubernetes, rated as “important” to cloud native application strategies by nearly 90% of respondents in Red Hat’s 2021 State of Enterprise Open Source report.

Kubernetes lets IT teams cut through the complexity of managing containers, but the force driving Kubernetes is the active, engaged, and fast-moving open-source project behind it. The same goes for other cloud native technologies.

Such projects are keeping cloud native current with new features and -- also -- stable, making it ideally suited to the demands of enterprise IT. Open source is critical because it ensures:

There’s no such thing as lift and shift enterprise IT -- technologies must prove themselves. Well-supported open source projects have an important collaborative function in the adoption cycle by putting IT teams directly in contact with project members and users, who can consult on a technology’s relevance, advise on how to adopt and extend it, and provide reassurance.

The cloud native concept and technologies are young, so change is a constant. Kubernetes is known for its adaptability, flexibility, and capacity to overcome complex challenges, but it’s taken six years and 22 iterations to deliver that. Cloud native projects are working toward a set of structured roadmaps through rigorous processes. As Kubernetes evolved it has attracted users like Spotify who migrated off their own, in-house orchestration platform.

Working with fellow users and practitioners means modernizing without compromise -- new features that won’t jeopardize existing technology investments. We’ve seen with the US Department of Defense, which put Kubernetes on existing aircraft hardware that had run Ada. This helped speed software release times from eight months to several times a day.

Open source at large has seen tech firms devise common interfaces for interoperability. This is important in a cloud native community of more than 500 vendors because it enables IT teams to pick the best of breed. The value of this was demonstrated with Dockershim depreciation: The Container Runtime Interface (CRI) meant IT teams could manage the change with minimal disruption. Interfaces such as CRI allow the community to focus on the extensibility of Kubernetes, rather than become entrenched building specific tools for specific runtimes.

Open source has liberated IT teams from infrastructure-level coding to build value-added features, instead. The same goes for cloud native: most cannot build the systems of scale needed on their own -- if at all -- without burning through tremendous amounts of money and time. Kubernetes, for example, has seen more than 250,000 contributions from more than 56,000 contributors. The community nature of cloud-native projects delivers infrastructure valued by corporate teams while sparing them the time, money, and distraction of building.

Cloud native projects are fast-moving -- that’s the plus. But that can also make them a challenge for the enterprise to follow and adopt. There’s no one-size-fits all and simply downloading and installing the component technologies is unlikely to deliver the outcome expected.

Success comes from reciprocating the spirit of such projects. It means approaching use of open-source cloud native in a structured and pragmatic way -- and with clear leadership. That takes a three-step strategy. Step one means appointing champions in the enterprise who can lead the changes in development and operations processes that accompany cloud native. Next, it needs corporate ambassadors who can work with projects, helping inform their development but putting enterprises teams in contact with the resources they need. Finally, it requires a pragmatic approach to implementation: experimenting with the technologies and proving use cases that corporate stakeholders -- those in the business -- can understand and support.

Open source has transformed enterprise IT and now it’s shaping cloud native. Fast-moving and well supported open-source projects are important to cloud native because they deliver the innovation demanded by enterprises while - crucially - ensuring reliability and usability. Taking advantage of such projects for your modernization doesn’t mean download-and-go; it means adapting. 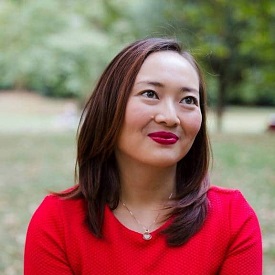 Cheryl Hung is the VP Ecosystem at the CNCF. Her mission is to make end users successful and productive with cloud native technologies such as Kubernetes and Prometheus. In addition to being a prolific public speaker, she founded and runs the Cloud Native London meetup. Previously Cheryl led product management and the DevOps engineering team at a container storage startup. As a software engineer at Google, she wrote backend and search infrastructure for Maps. She holds an MA in Computer Science from the University of Cambridge.

The InformationWeek community brings together IT practitioners and industry experts with IT advice, education, and opinions. We strive to highlight technology executives and subject matter experts and use their knowledge and experiences to help our audience of IT ... View Full Bio
We welcome your comments on this topic on our social media channels, or [contact us directly] with questions about the site.
Comment  |
Email This  |
Print  |
RSS
More Insights
Webcasts
Disaster Recovery/Business Continuity in the New Normal
4 Practical Tips for Building a Data Lake
More Webcasts
White Papers
Zero Trust Journey + Approach Infographic
Why You're Wrong About Operationalizing AI
More White Papers
Reports
Cloud Misconfiguration Mayhem
The State of CCPA 2021
More Reports