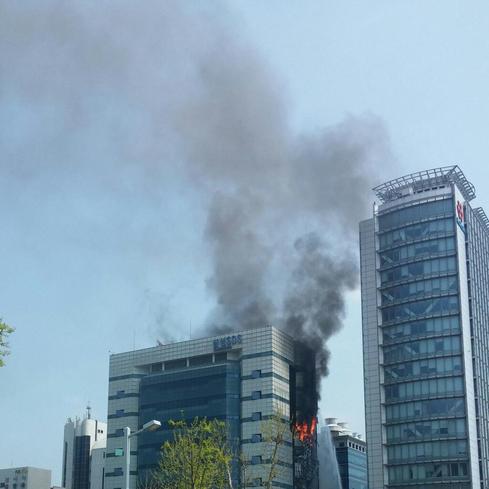 No, that's not the name of a new smartphone.

On April 20, 2014, a fire broke out in the middle of an office building in Gwacheon, South Korea. The fire had started in the Samsung SDS data center housed in the building. ZDNet Korea staff writer Jaehwan Cho posted images from the Yonhap News Agency on his Twitter feed @hohocho showing smoke and flames coming from the side of the building, with fierce heat causing debris to fall from the exterior.

The Samsung IT staff and occupants of the building were evacuated, with only one staffer suffering cuts, scratches and other minor injuries from falling debris, according to Data Center Knowledge.

The fire caused users of Samsung devices users, including smartphones, tablets, and smart TVs, to lose access to data they may have been trying to retrieve. Device users were denied access to content for several hours before recovery systems in a second Gwacheon data center could restore service, resulting in a blog of apology posted by Samsung officials.