Synergy Research says Amazon, Microsoft, Google, and IBM hold 54% of the cloud market and are growing at a faster rate than the market as a whole.

Synergy Research says while there is now a broad (and still increasing) number of cloud suppliers, most customers are settling on just four providers: Amazon Web Services, Microsoft, IBM, and Google.

Together, those four now represent 54% of the total cloud market, up from 46% in mid-2014 and 41% in mid-2013. Synergy defines the cloud market to include infrastructure-as-a-service, platform-as-a-service, and public/private hybrid cloud services. With such a broad definition, it says that $6 billion is spent on cloud services each quarter, and that $20 billion was spent over the last 12 months.

In cloud services, scalability and global reach are key driving factors as companies select a service provider. Cloud providers have raced against each other to build out data centers that maximize proximity of service to the largest number of customers. The companies often boast of centers on different continents. Not everyone can compete at that scale.

[Is Amazon.com really bigger than Wal-Mart? See Amazon's Profitable Q2: Is It Bigger Than Wal-Mart?]

"The cloud infrastructure services market is quite clearly bifurcating with a widening gap between the big four cloud providers and the rest of the service provider community," said John Dinsdale, chief analyst and research director at Synergy Research Group, in a July 24 announcement about its Q2 cloud market research.

"Developing the necessary global hyperscale data center infrastructure along with the required marketing and operations support is simply beyond the reach of all but a very small number of players. This is not going to change," he added in the announcement.

In a follow-up interview, Dinsdale said there may be four large providers, but Amazon overshadows the other three. Of the 54% share of the market that they hold, Amazon represents 29%; Microsoft, 12%; IBM, 7%; and Google, 6%. So Microsoft, IBM, and Google combine for 25% of the market, compared to Amazon's 29%. 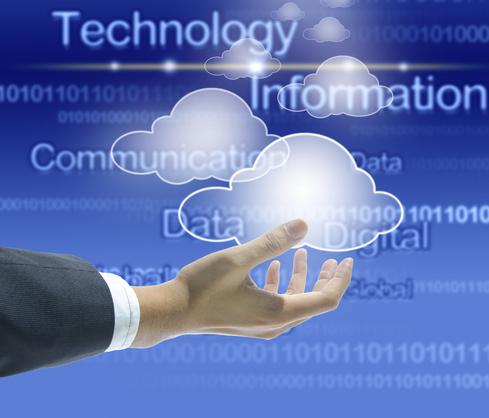 A deeper look at the Q2 data indicates that each provider has different strengths among the types of cloud services. Amazon's core strength lies in IaaS, and in that category it leads by an even wider margin than its 29% marketshare would indicate. Microsoft's Azure service started out as a PaaS. Dinsdale said its revenues are split between PaaS and IaaS.

Likewise, Google's cloud service started out as App Engine, a PaaS that mimicked Google's preferred Python infrastructure. But it's since branched out into a broader offering of IaaS. Dinsdale said in an email response to InformationWeek that Google's strength is split, like Microsoft's, between PaaS and IaaS.

IBM, on the other hand, has concentrated on building private clouds among its established customer base and on architecting those clouds to work in a hybrid fashion with its public cloud services. IBM "gets the majority of its revenue from private/hybrid services," Dinsdale wrote, with the remainder coming from a mix of its IBM SoftLayer public cloud services and its Bluemix PaaS service.

But even for Amazon, PaaS has become a significant revenue generator, he added. Amazon doesn't offer tools and software development systems directly, but it frequently serves as a host for those provided by third parties. Active State's Stackato service is based on Amazon. The big open source PaaS project, Cloud Foundry, has an implementation on Amazon, as does Red Hat's OpenShift. Salesforce's Heroku service is on Amazon, as is Engine Yard.

In addition, both Microsoft and Amazon are active in building out hybrid cloud services for some of their customers, he said.

In Synergy's April report, it listed Salesforce as the fifth-largest supplier of cloud services, growing at 34%, but its June analysis didn't count software-as-a-service.

Comment  |
Email This  |
Print  |
RSS
More Insights
Webcasts
Key technology trends in 2021 - Making these technologies work for your business
Cybersecurity's Next Wave: What You Should Know
More Webcasts
White Papers
Why Add Security to Your Skill Set and How to Do It
MontanaPBS Shifts to Agile Broadcasting with Help from Raritan KVM Solutions
More White Papers
Reports
The Infoblox Q4 2020 Cyberthreat Intelligence Report
Accelerate Threat Resolutions with DNS
More Reports

yes, I could not agree more as technology does require investment... plus constant upgrades - more spending...
Reply  |  Post Message  |  Messages List  |  Start a Board

Regretably, it's going to take a large amount of capital investment to become a cloud service provider and only a handful of companies are going to be able to make the investment. The main exception is companies offering low cost virtual machines aimed at developers. Infrastructure surrounded by deployment, monitoring and management that can sub for the enterprise data center -- that's a much bigger order.
Reply  |  Post Message  |  Messages List  |  Start a Board
Editors' Choice
Hot Topics