This week, Amazon announced that it is moving its Elastic File System out of preview and offering it for general use. The new file system offering is available in three AWS regions.

In the cloud, data is often stored in files that can come in many sizes and capture many data types. However, the cloud file system is often more rudimentary than the one back in the enterprise data center.

As the use of files in the cloud grows, so does the need for an effective file system, which can deal with multiple queries at a time and keep files synchronized.

Jeff Barr, chief evangelist at Amazon Web Services, announced that AWS launched its Elastic File System in three regions on Tuesday, June 28, after a preview offering that started last year. Instead of the customer trying to duplicate a system he or she has on-premises, there's a system in the cloud that functions the way a cloud does, he wrote in an Amazon blog.

That means EFS will scale up as the user needs it. Storage doesn't need to be allocated through a specific order from the end-user; it'll be assigned automatically. 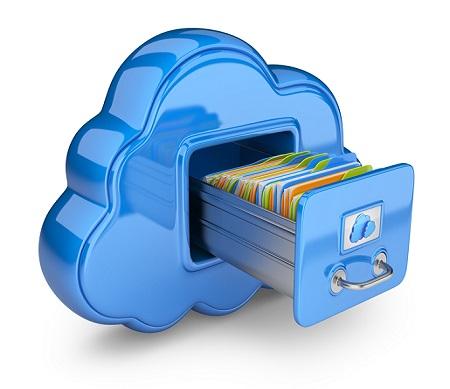 AWS started out with the goal of a file system that would simply give a customer's multiple workloads or EC2 instances access to the same file system and make it a file system that was managed independent of the application. For it to succeed in that role, it also needed to be a low-latency file system, Barr wrote in a lengthy posting on the AWS site June 28.

The original EFS was a good fit for a workload that required a large-scale, heavy-throughput file system. If the system, such as a genomic analysis system, needed to deal with extremely large files that needed to be processed for a few results and then deleted, then EFS was a natural match, Barr wrote.

The original EFS was useful in managing large amounts of content and web serving, he noted. But Amazon also tried to develop it so that it could further reduce latencies in file handling and make more sophisticated use of the metadata collected on resident files.

If necessary, an EFS file can grow to petabyte scale without user intervention.

Instances in EC2 can be attached to EFS files through the NFS protocol, the widely used protocol launched by Sun Microsystems. EFS is accessible by individual users through the existing AWS Identity and Access Management service.

EFS is available in Amazon's US East complex in Ashburn, Va., US West in Oregon, and Europe West in Dublin. Data in the system is made durable by being copied into a second availability zone in a given region.

[Want to learn why files are headed for the cloud? Read The Great File Migration Is Underway.]

There's no charge for use of EFS. Charges flow from the storage used in permanently saving the files put into the system. Storage pricing starts at $0.30 per GB, per month, according to an AWS summary.

"It is easy to create, mount and access an Elastic File System," Barr wrote. "I used the AWS Management Console. I could have used the EFS API, the AWS Command Line Interface or the AWS Tools For Windows PowerShell."

Charles Babcock is an editor-at-large for InformationWeek and author of Management Strategies for the Cloud Revolution, a McGraw-Hill book. He is the former editor-in-chief of Digital News, former software editor of Computerworld and former technology editor of Interactive ... View Full Bio
We welcome your comments on this topic on our social media channels, or [contact us directly] with questions about the site.
Comment  |
Email This  |
Print  |
RSS
More Insights
Webcasts
People Are The Most Important Part of Autonomous SOC
Don't Miss This Cybersecurity Virtual Event
More Webcasts
White Papers
iPaaS Intrigue: A Faster Path to Digital Transformation
2021 SANS Cyber Threat Intelligence Survey
More White Papers
Reports
Are Unprotected Cloud Databases Leaking Your Data?
How IT Security Organizations are Attacking the Cybersecurity Problem
More Reports

I really liked the way Amazon is taking steps in making it more generalize and it would help others to understand it better.
Reply  |  Post Message  |  Messages List  |  Start a Board
Editors' Choice
Hot Topics