AWS executives have come to view the mixed legacy environment as one of the barriers to cloud adoption. Without automated help, it's a painful process to capture an application's interdependencies. AWS Application Discovery will do that.

Amazon Web Services has made its AWS Application Discovery Service generally available. The service is meant to help companies migrate troublesome legacy systems out of the enterprise datacenter and into the cloud by enabling them to find all of an application's links and dependencies.

According to AWS, planning data center migrations can involve thousands of workloads that are often deeply interdependent. Application discovery and dependency mapping are important early first steps in the migration process, but difficult to perform at scale due to the lack of automated tools.

The company said its AWS Application Discovery Service is designed to automatically collect configuration and usage data from servers, storage, and networking equipment in order to develop a list of applications and see how they perform, and how they are interdependent.

Basically, the service is designed to help a customer "dig into your existing environments, identify what’s going on, and provide you with the information and visibility that you need," wrote Jeff Barr, AWS chief evangelist, in a May 12 blog.

[Want to see what else was announced at the AWS Summit in Chicago? Read AWS Summit: New Cloud Services, Expanded EBS Choices.]

AWS executives have come to view the mixed legacy environment as one of the barriers to cloud adoption. Even when the IT staff wants to move to the cloud, it is expensive and time-consuming to unravel the legacy application code in order to figure out how many pieces are involved and which data sources are necessary to migrate.

AWS Application Discovery Service can not only map application dependencies, it can also draw up a performance profile that indicates what resources they will need. 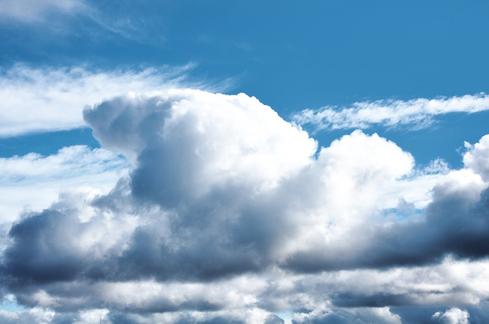 The agent also establishes what network connections an application is using, the amount of CPU and memory used, how that application creates processes and how they're terminated, what directories it uses, and its disk and storage events. The information is held in an AWS database used by the service that can be downloaded to the customer's site as an XML or a comma separated values (CSV) file, according to AWS information posted about the service.

The agent builds a picture of not only one application, but of how different applications are dependent on each other. Such mapping is critical to building a plan that allows legacy applications to migrate to the cloud, Barr wrote.

While the service is generally available, it is not another cloud service customers can activate simply by swiping a credit card. It is available through AWS Professional Services or through the Amazon Partner Network from suppliers such as 2nd Watch, Accenture, CloudReach, Datapipe, and Rackspace, among others.

In all, 16 partners are certified as available to help implement the service. It has a limit of 250 agents in use collecting data from applications at a single customer at a time. It also stores the data for only 90 days, after which it will be purged.

Amazon appears to adding fuel to the fire behind the company's desire to move workloads into the cloud. It previously added migration tools and a relational database schema conversion service to its Aurora and related database systems in the cloud. That move appears to have speeded some conversions from on-premises to cloud computing, according to a March 16 tally.

Perhaps an AWS discovery-and-mapping service will have a similar effect on those perennially balky and hard-to-understand legacy systems.