At the Amazon Summit in Santa Clara this week, General Manager Matt Wood explained how much Amazon's Database Migration Service is being used and how the company is adding more resources for data migration.

Amazon Web Services' Matt Wood, the general manager of product strategy at AWS who has overseen the recent spate of IT-oriented services from the company, unveiled expanded database migration and replication services at the Amazon Summit 2016 in Santa Clara on July 13.

SAP Adaptive Server Enterprise -- formerly Sybase -- has been added to the list of on-premises systems that customers may migrate into the cloud or, as in some cases, migrate away from the cloud. That list already included the Oracle and Microsoft SQL Server proprietary systems.

In addition, migrations from Oracle data warehouses and Teradata warehouses into Amazon Red Shift are now supported by AWS Database Migration Service. Wood also announced that Amazon is adding data replication one-click type of service. It was previously part of the database migration service, but in that context, it was turned off once the task of duplicating a company's database to a target system in the cloud had been completed.

Now it exists as a stand-alone system that can continue replicating data to a target system as part of a company's data durability and data recovery plan, Wood said during Wednesday's keynote. The summit continues through July 14. 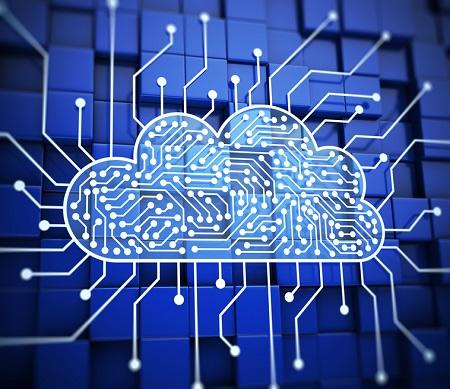 After Superstorm Sandy, part of an East Coast company's plan might be to replicate mission-critical data to a different region of the country, one less likely to suffer power outages in the event of a major Atlantic storm.

That will be possible with the replication service, Wood said in an interview with InformationWeek after the keynote. The simplest choice is to replicate to a different availability zone, if the data is already in the cloud, since each zone functions like a data center with its own power supply and communications links.

If the customer chooses, the data may be replicated to another region as well, such as from Amazon's largest complex, US East in Ashburn, Va., to US West in Silicon Valley or Oregon.

"Replication provides you with a high level of durability," said Wood. Amazon's S3 storage offers eleven 9s of availability, or a 0.99999999999% guarantee of availability. The same standard doesn't apply to replication, but Wood said AWS Replication operations are "based on the same model as S3."

It should come as no surprise that AWS Database Migration Service would gain more features.

Amazon's Aurora database system, a service hosted in the cloud, is its fastest growing service, adding customers and revenue at a rate faster than one of Amazon's first popular services, S3 object storage, did in its heyday, according to Wood. Aurora is one of the target systems to which companies may migrate an existing system.

They may also migrate from Oracle, SQL Server, or MySQL to another system of the same stripe.

In the past, Amazon officials have said about a third of migrations consist of a conversion off a proprietary database onto an AWS open source system being offered as a hosted service. The migrations are relatively cheap, allow for a non-disrupting move off of production into the cloud, and will be aided by Amazon-created schema conversion tools. Open source systems into which companies may migrate their data are MySQL, MariaDB, and PostgreSQL.

The Aurora system first became available in preview at the ReInvent Show in Las Vegas on Oct. 7, 2015. It ended the preview and became generally available on March 15. At that time, Amazon said it had migrated 1,000 database systems onto Aurora. Aurora is described as a re-architected version of the familiar open source MySQL database system, but it's not simply MySQL in the cloud; it's MySQL re-engineered for the cloud and able to take on much larger-scaled tasks.

Aurora has been added to the selections covered by Amazon Relational Database Service, or RDS. It's gone from zero in October to "fastest growing service" in the nine months since then.

The Snowball data transport case, another data migration means to AWS from Oracle, comes in a larger 80TB size as well as the existing 50TB. The case is dustproof and waterproof, remains locked during transport, and has a foolproof addressing system that uses an Amazon Kindle tablet built into the case. Snowballs are available for shipping data to Amazon's Silicon Valley site in California, Dublin in Europe, and Sydney in Australia. But Wood said during his address that they will be made available in all regions by the end of the year.

As GM of product, Wood also announced earlier this year the AWS Application Discovery Service. In addition to identifying running applications and their dependencies, the service identifies all database queries in the code and helps convert them to a new system, if the application is being migrated into the cloud, Wood said.

AWS charges $3 for a 1TB database conversion using its new schema conversion tool. Once in the cloud, however, using the data leads to CPU and storage charges as well as data transfer fees.

Charles Babcock is an editor-at-large for InformationWeek and author of Management Strategies for the Cloud Revolution, a McGraw-Hill book. He is the former editor-in-chief of Digital News, former software editor of Computerworld and former technology editor of Interactive ... View Full Bio
We welcome your comments on this topic on our social media channels, or [contact us directly] with questions about the site.
Comment  |
Email This  |
Print  |
RSS
More Insights
Webcasts
Nip Ransomware in the FUD: Detecting Attacks Pre-Encryption
Don't Miss This Cybersecurity Virtual Event
More Webcasts
White Papers
The Ultimate Cyber Skills Strategy Cheat Sheet
The Infoblox Q4 2020 Cyberthreat Intelligence Report
More White Papers
Reports
Building the SOC of the Future
The State of DevSecOps Report
More Reports

Amazon is holding a series of summits around the country. It's already held 2-day events in Chicago April 18-19 and Washington, D.C., June 20-21. It'll go to NYC Aug. 10-11 and  Boston Aug. 23. There'll also be summits in Europe, Asia Pacific and South America. It will still keep ReInvent as its big annual fall conference. It will be in late November in Las Vegas. These events keep some AWS execs on the road.
Reply  |  Post Message  |  Messages List  |  Start a Board
Editors' Choice
Hot Topics