Microsoft's Azure Stack is another cloud provider move to validate the hybrid cloud.But will it succeed?

I read a fascinating post the other day from Lester Wade. Wade was previously at Eucalyptus and is now at HPE. Eucalyptus, for those who have forgotten this once very-interesting startup, was an early private cloud vendor. Their point of difference was that their offering was completely compatible with AWS. At the time, you have to remember that AWS (and pretty much everyone else on the public cloud side of the house), vehemently denied that private cloud was a thing. The thinking at the time was that accepting private cloud as a valid approach simply played into the hands of the FUD-merchants and legacy players. 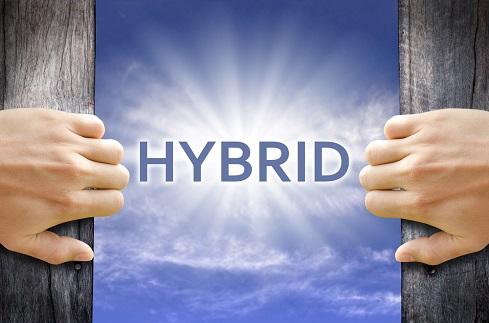 So Eucalyptus had a hard road to go down. On the one hand, they had the public cloud saying “go all in on the cloud.” On the other side, however, were the legacy vendors pretty much saying that cloud was a fad, a waste of time and the riskiest move ever. Eucalyptus’ challenge was to find some whitespace between these two perspectives to gain some ground.

They were helped, of course, by the fact that all but the most “cloud-born” of organizations do have some kind of a need for private infrastructure. And for those that had some kind of AWS investment, that promise of full AWS was pretty compelling.

Unfortunately (or not, depending on your perspective) that all became irrelevant when HP acquired Eucalyptus. At the time HP was into its third or fourth (or maybe more, it’s hard to keep up) iteration of cloud and had gone in deep with OpenStack, investing millions of dollars in building out its Helion cloud offering. The acquisition, therefore, made very little sense. But since much of what HP does makes little sense to anyone, no more than the usual amount of head-scratching ensued.

Enough of the history, where are we today?

Fast forward to today and we have a situation where the views are less polarized than before. Arguably in reaction to the actual reality for customers, rather than the commercial drivers of vendors, most everyone is talking about hybrid being a logical approach towards modern infrastructure. That may be a hybrid of public and private cloud, a hybrid of legacy on-premises and public cloud or some other combination. However it looks, hybrid is accepted as a real thing.

So, pretty much all the vendors have changed their tune. The legacy folks, who prognosticated fire and brimstone if enterprises got on the cloud, are now cozying up and either partnering with the public cloud or delivering their own cloud solutions (which, as an aside, it would be possible to be dubious about, but more on that another day.)

As for the public cloud vendors, they too realize that if their ambition to get general enterprise adoption is to be met, they need to offer customers products in context for their existing architectures. The cascading series of announcements between previously sworn enemies AWS and VMware are a great example of this.

Perhaps the most impactful (to be fair, the most potentially impactful since it is still very early days) hybrid cloud offering from a single vendor is Azure Stack. Azure Stack is a Microsoft offering that (although Microsoft themselves surely hates the metaphor) can be thought of as “Azure in a box.” Azure Stack offers a subset of the various, and increasing number of, Azure public cloud offerings, but in an on-premises offering.

Notwithstanding that difference, Wade’s post was critical of Azure Stack and set out a number of reasons why he believes it is a strategy that is destined to failure. And so, it is worth taking a look at Wade’s perspectives; no doubt where he stands after his opening statement:

For the record I generally think Azure Stack in current form is a waste of time and effort and should be avoided by most organizations.

Ouch! So on what does he base that assessment?

It’s not a simple question. In my view, Azure Stack is a very valuable proposition, but in order to realize that potential value, Microsoft needs to be crystal clear about what it is and, more importantly, what it isn’t. The vast majority of issues that Wade points out are less about technology, and more about communication and go to market approaches. If Microsoft can resolve these issues, they’re onto a really good thing with Azure Stack, but don’t be fooled, the challenge is real.