By offering a migration service, Box says it hopes to help enterprises with legacy baggage make a journey toward cloud computing.

"But there's always been one nagging holdup for large enterprises as they want to go retire legacy systems," said Levie. "You still have this challenge of how do I move large amounts of data, especially data that's organized in a very particular way, that deals with complex workflows in a legacy environment. And we weren't giving customers a solution to go do that."

Box Shuttle, introduced as beta software on Wednesday with general availability planned this fall, aims to pave the path by which enterprises can move data to Box's cloud, where (ideally) collaboration, sharing, and management of files becomes easier, and enhances organizational productivity.

Box Shuttle allows companies to move data from services like Documentum, SharePoint, and OpenText, from legacy network file shares, or from other cloud solutions into the Box environment. 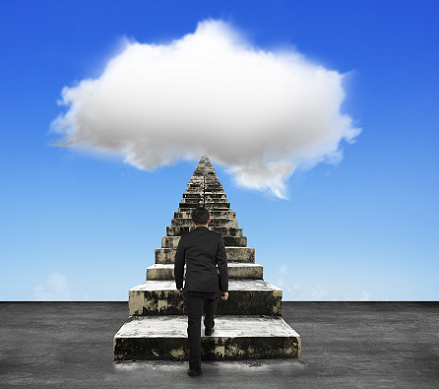 But Box Shuttle's service component is a step beyond self-service migration tools.

"It's both a professional services offering, where our people will come in and help manage the migration of data from legacy environments, and software that does the underlying migration work," said Levie.

The company says it will provide individualized migration plans for customers, which include content analysis and lifecycle assessment, mapping of user permissions and attributes, and progress tracking under the customer's control.

"Our belief is that in the next three to five years, there's no reason why a customer should have to have a data center or document management system or servers in their legacy environment. They should be able to move all of that to the cloud," said Levie, who noted that Box now has more than 62,000 enterprise customers, including 59% of the Fortune 500.

Levie says he sees commitment to the cloud as a point of differentiation with the company's competitors like Dropbox, Google, and Microsoft. During the company's Q1 2017 conference call for investors in June, he said that Box is the only enterprise content management platform that's completely cloud-based, which allows it to deliver innovations rapidly.

Levie's claim hinges upon the extent to which competing cloud services qualify as "enterprise content management platforms." Perhaps more salient to Box's success is the company's willingness to seek partnerships and product integrations with companies like Adobe, IBM, Microsoft, and Salesforce, among others. Providing collaboration services seems to work best for companies that actually collaborate.

Thomas Claburn has been writing about business and technology since 1996, for publications such as New Architect, PC Computing, InformationWeek, Salon, Wired, and Ziff Davis Smart Business. Before that, he worked in film and television, having earned a not particularly useful ... View Full Bio
We welcome your comments on this topic on our social media channels, or [contact us directly] with questions about the site.
Comment  |
Email This  |
Print  |
RSS
More Insights
Webcasts
Building Asset Management into Your Enterprise Security Strategy
Data Center Network Operations (NetOps) Reimagined
More Webcasts
White Papers
SANS Institute Survey: The State of Cloud Security
From MFA to Zero Trust
More White Papers
Reports
The State of CCPA 2021
Tech Insights: Detecting and Preventing Insider Data Leaks
More Reports