CareCloud provides appointment booking as part of the patient portal for doctors on its service, but ZocDoc claims to have the nation's largest real-time database of available doctors' appointments, used by more than 4 million patients each month to find a nearby, in-network doctor and book appointments online. CareCloud said this integration and another it announced with Box, a cloud filesharing service now showing an interest in healthcare, is an example of its "pure cloud platform" approach to making physician practices more efficient.

To achieve real engagement with patients online, the experience has to be "as simple as Facebook and as secure as Box," CloudCare chairman and CEO Albert Santalo said in an interview with InformationWeek Healthcare. CareCloud delivers its product as a set of apps, rather than one monolithic software application, making it easier to plug other applications into the mix, he said.

[ There's a disconnect between doctors and patients on mobile health apps. Learn more about What's Holding Back The Mobile Health Revolution? ]

Santolo also got to tell his story on CNBC Tuesday morning, where the hosts picked up on the news angle related to the coming influx of newly insured patients that could be a side effect of the Affordable Care Act. According to a May 2013 survey of more than 5,000 U.S. physicians commissioned by CareCloud, more than 48% were worried they would lack the resources to handle all these new patients.

"To be honest, I was alarmed when I saw those results," Santalo said on the show. But ZocDoc can help doctors book appointments more efficiently on the consumer end, while CareCloud handles physician and resource scheduling on the backend, he said.

"Our clients tell us that a robust integration of best-in-class software is increasingly crucial for their practices, and good for their patients," said ZocDoc founder and COO Oliver Kharraz, MD, in a media statement. The integration will be available within the next few months, the companies said.


Some analysts see CareCloud as a clone of Athenahealth, which also offers a range of practice management and collections apps for physician practices, in addition to an EHR. One distinction: Athenahealth's business is built around a series of business process outsourcing services, where it handles processes like collections on behalf of its customers, and software is an enabler. CareCloud offers similar services to about one-third of its customer base, but also sells cloud software subscriptions independently of those back-office services. 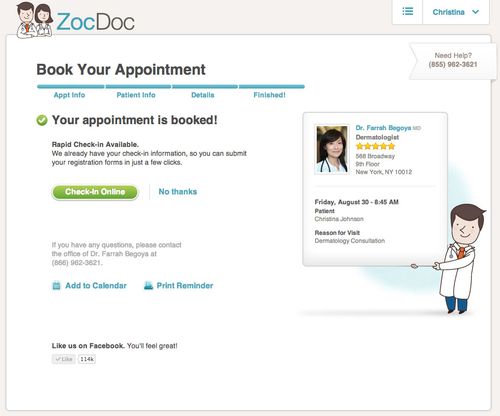