I’m lucky in that, while attending the multitude of industry conference I go to each year, I often get to spend time speaking with some high capability practitioners. Such was the case at AWS’ re:Invent conference last year when I was invited to attend an intimate dinner hosted by cloud monitoring vendor YotaScale.

At the event were a number of individuals, from the vendor and the customer side of the technology industry. Of particular interest to me was the fact that the dinner was taking place right at the time that Colin Bodell, former CTO of American Eagle Outfitters, was announcing his new role as CTO of Groupon.

Bodell is the ultimate cloud industry veteran. Back when cloud wasn’t even a thing (beyond meteorology, that is) a rapidly-growing bookseller from Seattle decided to sell excess computing capacity. That retailer was, of course, Amazon and the excess capacity it sold went on to spawn an entire industry, not to mention the multi-billion dollar Amazon Web Services business. At the time, in the very earliest days of what would become known as cloud computing, Bodell ran technology for Amazon’s retail arm. It was Bodell who ran the project migrating Amazon.com from its own dedicated data centers to Amazon Web Services (AWS).

Post Amazon, Bodell went on to perform similar migrations for Time Inc. and American Eagle, and now has taken his immense cloud experience to Groupon. With that huge history at the coalface of cloud migrations, it is fair to say that the Italian cuisine that YotaScale had arranged, while excellent, wasn’t my primary driver for spending the evening with them.

What follows is a series of thoughts from Bodell on what it takes to move an existing organization to the cloud, and the combination of technological and human factors that go into a successful migration project.

Amazon drinking its own champagne

"When I joined Amazon to run its website application platform in 2006, the company was busy building the core EC2 and S3 foundational components. Though I don’t recall how the subject came up, at some point we decided we should eat our own dog food or drink our own champagne, as the case may be, and become the first user of AWS. The Amazon retail website platform became the first major application set I took to the cloud.

"We had to do it for two main reasons. First was efficiency, and to take advantage of all the promise and value of the cloud, particularly with regard to such capabilities as dynamic scaling and the value it lends companies like the Amazon retail business in meeting the demands of the peaks and troughs of the business. Second, we had to drink our own champagne. ‘Do you use this yourself?’ was always going to be the logical first question any prospective licensee of AWS would ask. 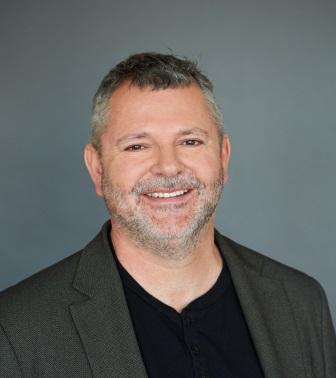 "To extract the maximum lesson value for AWS and value for ourselves, we ran the project with AWS as the “vendor” and Amazon retail as the “customer”. Although a significant amount of the EC2 and S3 services were in place and performing well, there were many tools and services we had to make up as we went along. It was a great testament to the strength and vision of the AWS engineering teams to see their flexibility and desire to be successful every step of the way. They were an awesome partner."

Time Inc. and how moving to the cloud shortened time-to-traffic from months to minutes

"When I got to Time the company had six major data centers – some owned and operated, others co-located – but either way, everything was effectively on-premises. The problem was that when a significant piece of news would break, the traffic to the company’s site/s would spike and there was no way to manage these spikes effectively in an owned and operated data center, where time-to-traffic is measured in the order of months – based as it is on future traffic projections followed by requisitioning hardware, taking delivery, setting up, etcetera.

"These spikes would result in customers being bounced off websites or performance being degraded to mitigate these demands. I looked at this scenario and all the money we were spending on data centers and decided the best solution was to move everything to the cloud. Of course, I said ‘everything’ with my fingers crossed behind my back, because you can’t move everything to the cloud when you have big production TV studios streaming high volumes of high definition video across the public Internet. The latencies are simply too high across the public Internet. But I’ve learned that if you aim for 80%, you’ll get 70, so we shot for 100% percent and got 95.

"In moving Time Inc. to the cloud, we were able to reduce time-to-traffic from months to mere minutes, or less when using reactive auto-scaling to apply the (effectively) infinite capacity of the cloud to mitigate these spikes."

American Eagle and the cultural aspect of cloud migration

"The data center scenario at American Eagle was similar to that at Time, and it was clear that a move to the cloud was necessary to achieve my mandate of bringing stores and ecommerce closer together.

"I’ve learned there are two major aspects to every cloud-migration project – the technological aspect and the cultural aspect. American Eagle was no different. Here we had people who had spent 20-plus years building very effective data centers, and now I was telling them that I wanted to move everything to the cloud. At best, it meant a dramatic change to their job, and at worst it was an existential threat, and therefore kind of a ‘big gulp’ moment for most people. People generally responded in one of two ways, either they looked at it as an adventure and opportunity to add new skill sets to their resumé, or they dug their heels in and resisted.

"I spent a lot of time on the cultural aspects and ensuring that we brought people along on the journey. With a cloud migration, the benefits to the organization are well understood, but you have to educate people on how they can personally benefit from it in terms of retraining and educational opportunities, and what this might mean to their careers in future. I believe in helping people take care of their careers, because, while individuals have to own their own careers, it's a wise leader that provides the framework and the forum in which to have the difficult discussions and help people make the decisions that are best for them in the long-term."

The Future for Bodell

Bodell says he’s excited about what he describes as a move back to the high-tech world.

An absolutely fascinating glimpse into the reality of large-scale IT transformation from someone who has been at the coalface for years. I really enjoyed chatting with Bodell and am looking forward to seeing how he deals with the challenges at Groupon.

Ben Kepes is a technology evangelist, an investor, a commentator and a business adviser. Ben covers the convergence of technology, mobile, ubiquity and agility, all enabled by the Cloud. His areas of interest extend to enterprise software, software integration, ... View Full Bio
We welcome your comments on this topic on our social media channels, or [contact us directly] with questions about the site.
Comment  |
Email This  |
Print  |
RSS
More Insights
Webcasts
Making XDR Work in Your Enterprise - May 12
Data Center Network Operations (NetOps) Reimagined
More Webcasts
White Papers
Cisco Secure Email
Ransomware Defense for Dummies
More White Papers
Reports
A Decade of Passive DNS
The State of Endpoint Security
More Reports