Big data, IoT, and other applications are changing cloud computing, according to Cisco's sixth annual Global Cloud Computing Index. The report finds that cloud traffic will represent 92% of all data center traffic by 2020, and that companies will build 485 hyperscale data centers in the next three years.

By 2020, the internet of things (IoT), analytics, and database applications will make up 22% of all business workloads in cloud data centers, an increase from the 20% businesses saw in 2015. These big data applications will most likely be "cloud-native," or designed to run in the cloud, and the growing use of them will be at the center of enterprises' movement into the cloud.

That move is about to accelerate.

However, even as the enterprise moves into the cloud, its claim on the world's total cloud computing resource will shrink compared the role of the consumer, according to the Cisco Global Cloud Index released Nov. 10.

In 2015, enterprises accounted for 79% of the workloads in either public or private clouds. By 2020, that share will drop to 72%, offset by the growing consumer use of the cloud. In 2015, consumer workloads accounted for 21% of public cloud use.

By 2020, they will account for 28%. While enterprise use of the cloud appears to be growing at an annual compound percentage rate of 19% through 2020, consumer use is growing faster -- at a CPR of 28%. 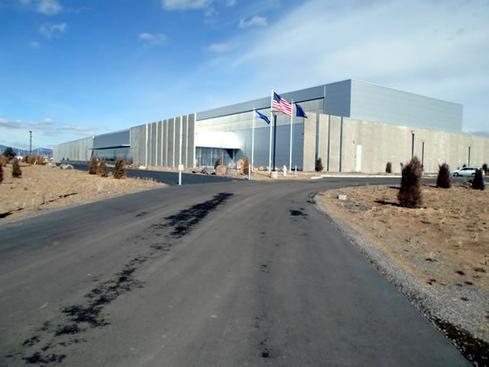 These were key conclusions from the annual Cisco Global Cloud Index, which is now in its sixth year.

For the first time, Cisco was able to analyze the categories of enterprise workloads in the data it was collecting. It also put a number to how many cloud-scale data centers have been built so far by the likes of Facebook, Google, Amazon, Apple, IBM SoftLayer, Microsoft, Rackspace, and other service providers.

That's a reference to the hyperscale data centers that web services companies have been building, such as Facebook's Prineville, Ore., facility or Microsoft's data center outside of Chicago.

Enterprises also build large data centers, but a hyperscale data center is loosely defined by Thomas Barnett, Cisco's director of research for the Global Cloud Index, as meaning a data center that is associated with "billions of dollars of revenue" from Infrastructure-as-a-Service (IaaS), Software-as-a-Service (SaaS), or other cloud services.

Synergy Research, which produces data used in the index, detailed in a footnote that hyperscale means a facility that produces $1 billion in IaaS or Platform-as-a-Service (PaaS), $2 billion in SaaS, $4 billion in an internet service like search, or $8 billion in payment processing.

Facebook's Prineville site, a Google facility powering search, and the Amazon Web Services complex in Ashburn, Va., would all qualify.

This traffic is being moved more efficiently, thanks to software-defined networking and network function virtualization. Over the next five years, 60% of the hyperscale data centers will have deployed SDN and NFV, the index reported.

Also by 2020, 44% of all traffic will be over the virtualized networks.

The public cloud is growing faster than the private cloud, usually represented by cloud-like operations in the enterprise data center. The public cloud hosted 49%, or 66.3 million workloads in 2015. It will take on 68%, or 298 million in 2020, the index projected.

Likewise, the cloud, public and private, will dominate computing by 2020, accounting for 92% of workloads, with 8% remaining in traditional data centers, according to the index, compiled by Cisco authors Thomas Barnett, director of service provider forecasts and trends, and senior analysts Taru Khurana, Usha Andra, Arielle Sumits, and Shruti Jain.