IDC's Worldwide Quarterly Cloud IT Infrastructure Forecast nudges total IT budget spent on cloud to 36.9% in 2016.

Total spending on computing products for deployment in both private cloud and public cloud will amount to $37.4 billion this year, according to IDC. That's a further increase of .7% in growth from its 15.5% estimate at the end of the second quarter. The spending will reach a high of 16.2% for the year.

Public cloud data centers will account for 62.5% or $23.38 billion of the spending as they install more servers, storage, and Ethernet switches to serve the demands of enterprise IT staffs. That public cloud portion of IT infrastructure spending is growing at an 18.6% rate annually.

The report isn't meant to convey the total spent by public cloud providers. They would face additional infrastructure costs as they serve individual consumers, independent programmers, and small, non-IT supported businesses. The IDC report is focused on enterprise IT infrastructure spending for public and private cloud services. 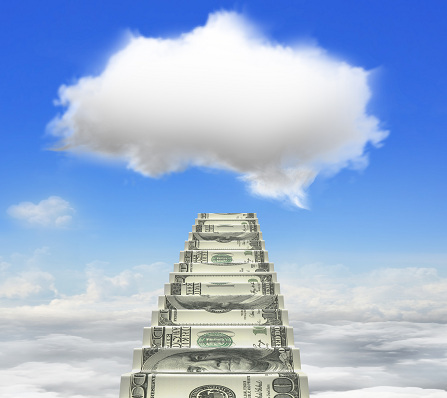 The cloud has become the major option available to enterprise IT as it seeks to streamline on-premises operations and avoid the capital expense of building more data centers. "This demand for cloud services will continue to drive the underlying shift in IT infrastructure spending from on-premises to off-premises," Natalya Yezhkova, IDC research director for storage systems, said in a statement.

IDC previously projected that IT infrastructure spending on off-site cloud services would increase 15.5% in 2016 to a total of $37.1 billion. However, it adjusted that figure upward since the end of the second quarter, when spending on cloud resources appeared to be stronger than earlier forecasted.

That decline in traditional IT infrastructure is expected to continue, IDC analysts said. The research firm said that all figures exclude double counting between server and storage.

IDC projects the spending on both public and private cloud facilities will continue at a double-digit pace next year. The trend is no longer a US, North American, or European phenomenon. All regions around the world are part of the trend. Only one region, which IDC did not name in its summary of the quarterly forecast, will see traditional IT spending continuing to grow rather than decline.

When it comes to IT infrastructure, spending on Ethernet switches has been growing the fastest, at 41.2%. Growth in server spending is at a pace of 16.3%, and storage spending 4.1%.

For the long term, IDC projects that infrastructure going into IT-used cloud environments will grow at a compound annual growth rate (CAGR) of 13.6% to $60.8 billion in 2020, or 49.7% of the total spending on enterprise IT infrastructure.

The bulk of that new infrastructure, 77.6%, will be off-premises, where it's described as public or private cloud. The remainder reflects private cloud spending on-premises.

The public cloud infrastructure fueled by IT spending will grow faster than any other form, with a 15% CAGR. Spending on non-cloud IT will continue to decline at 1.8% annually during the same period, IDC said.