Amazon makes solid state disks its default storage offering for running workloads in the cloud. Is Google ready to match that move?

Amazon Web Services is making solid state disks the standard storage for its Elastic Block Store service used with running instances, and is setting the price to compete with Google Compute Engine.

Solid state was available previously on Amazon's EC2, but it tended to be associated with specialized server types designed to provide data management and high transaction throughput. The storage Amazon announced on Tuesday is general-purpose storage volumes based on SSDs, priced at $.10 per GB per month.

If general-purpose SSDs don't provide a high enough input/output rate, customers can purchase additional capacity for $.125 per GB per month for each additional 1000 IOPS provisioned times. The cost is reduced by the share of the month in which they're actually used -- for example, if they are used for half the month, the bill would be 50% of what would otherwise be a month's total.

Following Digital Ocean's lead in making SSDs its default storage, Amazon is stealing a march on Google Compute Engine. Google cloud executives have been trying to give storage leadership to Compute Engine through a series of price cuts. Amazon has upped the ante for Google, since its standard storage is still spinning disks, with the SSD option still in "limited preview." 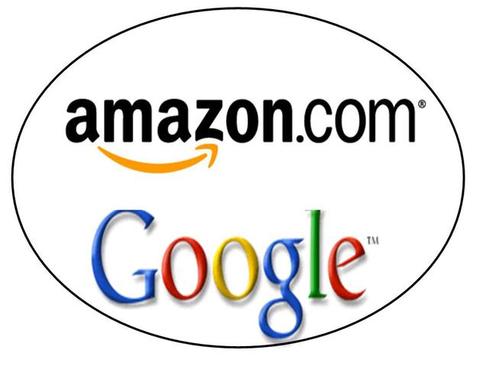 While Google's standard spinning disk is $.04 per GB per month, its SSDs are $.325 per GB per month. In making the transition to SSDs, Amazon has stolen back price leadership in persistent storage for running workloads.

Last December, Google made drastic cuts to storage prices for Compute Engine in a bid to lure new cloud customers away from Amazon. Amazon responded in late January, but Google retained an edge on certain storage options.

Charles Babcock is an editor-at-large for InformationWeek and author of Management Strategies for the Cloud Revolution, a McGraw-Hill book. He is the former editor-in-chief of Digital News, former software editor of Computerworld and former technology editor of Interactive ... View Full Bio
We welcome your comments on this topic on our social media channels, or [contact us directly] with questions about the site.
Comment  |
Email This  |
Print  |
RSS
More Insights
Webcasts
Securing and Monitoring Networks in the 'New Normal'
Protecting Your Enterprise's Intellectual Property
More Webcasts
White Papers
Centralized Security Policy Management Across Hybrid Cloud Environments Should be an Obvious Strategy
5 Steps to Zero Trust in the Data Center
More White Papers
Reports
The Malware Threat Landscape
The State of Cloud Computing - Fall 2020
More Reports

@Charlie... I thought SSDs were getting better with that impending failure issue. How long would you expect an SSD to last in this environment?

If you had Raid 1 setup with a HDD as the 2nd drive the SSD could fail and you wouldn't lose any data however I imagine with the data needing to write to both disks it would affect performance.
Reply  |  Post Message  |  Messages List  |  Start a Board

That's right, Lorna. They take a fraction of the electricity to run, yes, but more imnportantly, they make the virtual CPU and all other components of a cloud server perform more efficiently. There are few idle CPU cycles with data moving into memory off of SSDs at the speed of light. The cloud, however, willl have to learn how to moinitor them closely for impending failure after a certain number of writes.
Reply  |  Post Message  |  Messages List  |  Start a Board

10 IT Trends to Watch for in 2021 Cynthia Harvey, Freelance Journalist, InformationWeek,  12/22/2020
White Papers
MPLS, SD-WAN and SASE
The Network for Whatever's Next; A CxO Guide
2020 SANS Enterprise Cloud Incident Response Survey
The Insecure State of Microsoft Teams Security
From MFA to Zero Trust