Box Reshapes Itself As Platform - InformationWeek

To survive the cloud storage wars, Box has reshaped itself as a platform.

Moore's Law reflects a 1965 prediction made by Intel co-founder Gordon Moore that transistor density in integrated circuits will double about every two years. For almost 50 years, it has accurately anticipated the steady growth of computing power. It also has become shorthand for describing exponential growth and has helped set the often ill-considered expectation among technology companies that gains in computing power can drive proportionate gains in productivity.

Katzenberg, whose company counts itself a Box customer, explained that the film market is constrained by other factors. "The talent pool is not unlimited," he said, noting that great storyboard artists and animators are a very rare commodity. He added that the market itself can only accommodate a limited number of animated features a year. Beyond a certain point, he suggested, an oversupply of animated films would divide the audience to the point that many films would become unprofitable. 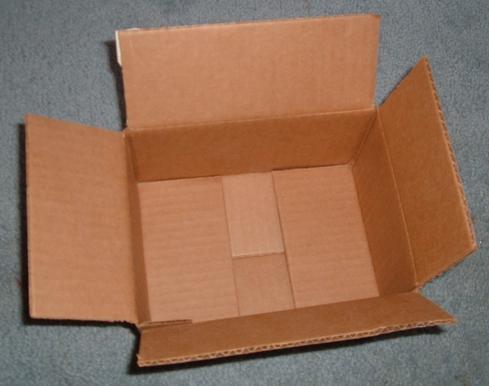 Box finds itself in a similar situation: Too many technology companies want to sell cloud-based storage. That wasn't the case when Box launched in 2005. But today the major software platforms have all recognized that possession of customer data amounts to ownership of, and access to, the customer.

Platform companies Amazon, Apple, Google, and Microsoft have been developing cloud storage services to own their customers, commodifying storage along the way. Enterprise storage companies want a piece of the action too. As a consequence, early cloud storage vendors have been forced to differentiate themselves, by focusing on niche markets or by becoming platforms in their own right.

[ Box CIO Ben Haines will be a keynote speaker at Interop New York, Sept. 29 to Oct. 3. Register with Discount Code MPIWK to save $200 off Total Access & Conference Passes. ]

Though Box chose well by focusing on the enterprise market since 2007, it isn't safe behind upmarket ambitions. The platform giants are trying to tempt corporate customers with low-margin storage to sell add-on services.

In addition, the enterprise and consumer markets continue to blur; not only are consumers bringing their own devices to work, they're also often bringing their own online services, which limits opportunities for companies only focused on enterprise customers. Box has 27 million users while Google, a relative late-comer to cloud storage, now claims 190 million users of Google Drive. Box will have to work hard to win the loyalty of business people who are already familiar with Google Drive as consumers, and its task becomes harder still if those users have experience with Google Drive for Work.

The risk Box faces can be seen in the fact that it has not gone public yet, despite having filed to do so in March. Google's decision in June to offer unlimited storage to Google Drive business customers hasn't helped allay concerns that Box faces serious competition.

Levie met that threat with bravado a month later when he announced unlimited storage for Box customers and plans to integrate with Office 365. He heralded the commodification of online storage as the end of the storage wars.

At the time, Levie's attempt to frame the competitive threat as a welcome development came across as denial of reality. But after two hours on stage at BoxWorks, the strategy he has been talking about at least since his March appearance at the SXSW conference -- developing Box as a business platform -- sounded as if it could truly help Box escape from ending up as just one storage box among many.

How might Box achieve this feat? By demonstrating that cloud-based storage is simply the foundation of a platform for computing, collaboration, and IT services. Box has been developing as a platform for years, but its capabilities initially focused more on connectivity than the complex interplay between collaboration, productivity, data, and process. Now that the cloud is capable of running the full gamut of computing operations, cloud-based companies like Box see an opportunity to coordinate and execute computing tasks.

Levie announced the availability of Box for Office 365 on the desktop, with support for the online version coming soon. "It's all about delivering your content everywhere you need it," he said. It's also about putting Box one place where it really needs to be, near the door to Office.

But two other announcements argued for putting Box where it wants to be: atop a thriving platform. Levie announced Box for Workflow and Box for Industries.

Box for Workflow can be thought of as IFTTT for business processes and files. IFTTT, for those unfamiliar with the Web service, stands for "If This, Then That." It allows users to apply conditional programming logic to online services that don't communicate by default. IFTTT allows a user to, for example, send any Instagram photo taken to his or her Box account.

Similarly, Box for Workflow allows Box users to, for example, route contracts added to a Box folder to a specific approver if the contracts exceed a specified amount. It provides a way to automate business processes according to value-based, time-based, and logic-based operations. For corporate customers, Box for Workflow could be quite valuable, enough to drive adoption of Box as a collaboration and productivity platform rather than as a storage service.

Levie also introduced Box for Industries, an initiative to develop industry-specific applications from third-party developers and partners. The concept is similar to other enterprise-oriented software markets, like Google Apps Marketplace and the Salesforce AppExchange. But because Box is starting from the point of generic file storage rather than from a specific cloud application, it may be able to foster the creation of software and services that handle collaboration and data sharing more effectively than apps born in an era when software applications were more isolated from one another.

Box's ecosystem closes the distance between apps and IT integration. For many businesses, this may be an appealing proposition, perhaps enough to prefer Box over larger rivals heading in a similar direction.

Thomas Claburn has been writing about business and technology since 1996, for publications such as New Architect, PC Computing, InformationWeek, Salon, Wired, and Ziff Davis Smart Business. Before that, he worked in film and television, having earned a not particularly useful ... View Full Bio
We welcome your comments on this topic on our social media channels, or [contact us directly] with questions about the site.
Comment  |
Email This  |
Print  |
RSS
More Insights
Webcasts
Protecting Your Enterprise's Intellectual Property
Strategies for Success with Digital Transformation
More Webcasts
White Papers
How to Prioritize Risk Across the Cyberattack Surface
Managing OTT Content Distribution in the Connected World
More White Papers
Reports
The State of Threat Detection and Response
2021 Top Enterprise IT Trends
More Reports

It seems like Box's challenge is that it needs to become less visibile -- a more seamless storage platform that people can use as an entirely natural part of their task/process -- without becoming an unseen commodity.
Reply  |  Post Message  |  Messages List  |  Start a Board

Box was a great idea in its infancy, but now it faces challenges from Google, Microsoft and Amazon. Can it win over customers? Sure, it can have a place.

But I am honestly surprised that the company has not been acquired and has to go down the road of going public.
Reply  |  Post Message  |  Messages List  |  Start a Board

Does Dreamworks underpay its animators? I was under the impression that salaries at Dreamworks and related digital talent mines like Pixar are decent.
Reply  |  Post Message  |  Messages List  |  Start a Board

My point was more that Box customers are proactively looking for cloud storage, whereas Drive customers are more likely to be getting it as part of the package.
Reply  |  Post Message  |  Messages List  |  Start a Board

I'm sure Box and Drive are much closer in terms of paying customers. But then it appears that Google isn't so much after Drive revenue as revenue from add-on services like Vault and e-discovery. Its free customers are probably good leads for future paying customers.
Reply  |  Post Message  |  Messages List  |  Start a Board

I don't believe Google Drive is as dominant as the market share mentioned here would suggest. Don't you think a lot of those accounts are a byproduct of people having GMail accounts (even at the paying customer level)? How much people actually use Drive for serious purposes might be a very different story.

On the other hand, the fact that Drive is linked to GMail does give it an edge, particularly as the integration between the two gets better. The recent addition of a button in Gmail that will let you save a file attachment to Drive, rather than downloading it only to upload it again, has made me use my Drive account more.
Reply  |  Post Message  |  Messages List  |  Start a Board
Editors' Choice
Hot Topics