3 comments
Comment Now
Enterprise IT executives were left wondering what the massive Dell-EMC deal might mean to them. There's a lot you'll want to know (especially if you're an EMC customer). As we ponder the implications of the massive merger, what springs to mind are 10 ways we expect the deal to impact IT. 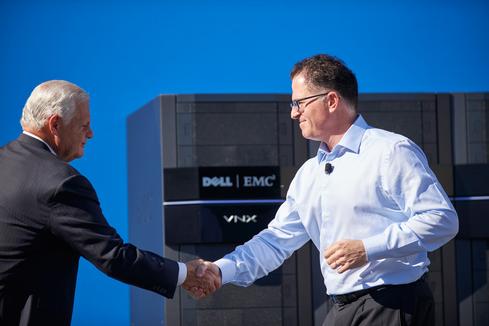 It's A Really Big Deal

Investing $67 billion is a lot of money, no matter which companies you're talking about. In commentary on the BBC, one analyst expressed amazement that the financing could be put into place, saying that almost every big-name bank and financial institution on Wall Street is playing some role in the deal. Finance played a role in the timing of the deal, as well, since most financial analysts expect the Federal Reserve to raise interest rates (and with them, the cost of borrowing money) before the end of the year.

If you're not a financial analyst, the size of the deal means that it's going to take quite a while for the two companies to come together in any meaningful way. We don't, in fact, have any real idea how the impact will be felt in the two companies. What we do know is that the company that results will be big enough to move the industry in interesting ways, if it wants to. If we've learned anything at all about Michael Dell, it's that he is very interested in moving the IT industry.

If Dell and EMC can get together on the culture thing, they may have a shot. I've heard way too many horror stories about recently bought companies with managers that can no longer make their own decisions and instead have to go through an office located in another city for simple decisions better delegated to local offices like vacation requests, office supply procurement, and so on. When a manager can't manage, the people under them get disgruntled and either their productivity goes down or they jump ship for saner waters. If they can get past the madness reorganizing and putting new roles in place, maybe they will be come a force to be reckoned with.
Reply  |  Post Message  |  Messages List  |  Start a Board

This may turn out to be another HP-Digital disaster. Did you note what the interest costs are going to be per year? And thats before the rates go up. Getting huge-r isn't always the answer.
Reply  |  Post Message  |  Messages List  |  Start a Board

Histrory repeats: decades ago Compaq decided to move up the value chain by buying Digital Equipment. Now DELL buys EMC. This will become an interesting journey. DELL surely has the capability inhouse now to become a cloud infrastructure powerhouse. However, it will be a risky road with respect to the very diifferent cultures, overlapping product and service lines to be integrated along the way. Nowadays the the real value is derived from speeding up the "concept to cash", the software production process and leveraging Continuous Delivery, DevOps, Microservices and Container Based platform technologies. It will be interesting to see how the DELL company will be able to inspire the minds and hearts of the modern developers beyond the infrastructure level.
Reply  |  Post Message  |  Messages List  |  Start a Board
Editors' Choice
Hot Topics