50%
Tweet
DigitalOcean is adding an SSD storage service that can be provisioned separately from the virtual server, giving customers more flexibility.

DigitalOcean, the New York-based supplier of programmer-oriented cloud services, has addressed what has been one of the drawbacks of using its young service: The lack of a separate block storage service.

DigitalOcean is one of the fastest growing venders in the pantheon of cloud service providers, according to web research firm Netcraft. Netcraft now counts DIgitalOcean as hosting 269,000 "web-facing computers," by which it means computers with a DigitalOcean DNS address that it captures as its crawlers capture information off the internet. That number was 100 in December 2012, a year after it was founded.

DigitalOcean claims 700,000 registered users. In June 2015, it created "team" accounts, where one team could have unlimited members and one registered user could belong to different teams.

All of this programmer activity, however, was hampered by DigitalOcean's simplified approach to the market. Customers had one choice, choose what DigitalOcean calls a "droplet" server, a KVM virtual machine that comes with a pre-proportioned combination of CPU, network, and storage. That storage assignment would become the virtual server's limit. 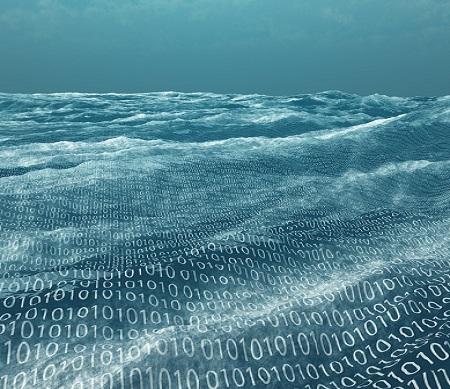 The storage was based on SSDs on the host server, and therefore it was good for high-performance utilization, a specialty of the DigitalOcean offering. But it was limited to the amount of SSD storage that the host server could provide, divided among many customers. To get more storage, a customer had to activate another droplet, and pay for its CPU, whether it was needed or not.

"We wanted to attract larger developer teams and they have more advanced needs," noted Ben Uretsky, CEO and cofounder of DigitalOcean noted in an interview earlier this month. Block storage as a separate service "allows much more scalable applications," such as those that might be built by an ambitious software development team, he said.

The firm is now offering off-server block storage, also based on SSDs priced at $0.10 per Gigabyte per month.

"We don't have a customer offering based on spinning disks. Our service will be based on SSDs from the ground up. They're faster and more reliable than spinning disks," said Uretsky. Block storage can handle streams of raw data or data in the form of files, but the data is moved by being sectioned off into discrete blocks. The blocks are loaded into buffers and transferred as units, reducing overhead and speeding up data flow in many instances.

DigitalOcean may have been behind in the types of storage service offered, Uretsky conceded. "You could still bump into some gaps around our product line," he said in the interview. But DigitalOcean can build out block storage based on SSDs, "the next generation of cloud storage," instead of planning a more expensive phase-out and replacement of an existing hard disk-based service, he said.

The block storage can be provisioned in a size desired, independent of the droplet's CPU or on-server storage. It gets provisioned from the regular droplet provisioning screen, so keeping the process as simple as possible.

Droplets are assigned a 1 Gigabit per second network interface automatically, and high speed data transfers are provided through the SSDs, Uretsky claimed. He couldn't immediately name a data transfer rate that was made possible by the arrangement.

On Amazon Web Services, S3 block storage was one of the first services offered. But there are additional charges for data transfers, with a guaranteed level of I/O operations resulting in an additional charge. Those extra charges don't exist at DigitalOcean, he said.

The block storage is priced at one-tenth the cost of storage that comes with a droplet, he added. Data sent to the service will be replicated into three copies so that one may be lost at any time and sufficient copies remain to resurrect a good copy. All three copies, however, will be resident in the same data center.

Customers may get a copy offsite in an alternative data center by making use of DigitalOcean's snapshot service, which captures an image of existing data at a moment in time and stores it in another data center. Uretsky said providing off-site replication may be a service of his firm "in the future." At Amazon, a customer may replicate to an alternative "availability zone," which amounts to an area of a data center complex that has a power supply and network service independent of the primary one being used by the customer.

Charles Babcock is an editor-at-large for InformationWeek and author of Management Strategies for the Cloud Revolution, a McGraw-Hill book. He is the former editor-in-chief of Digital News, former software editor of Computerworld and former technology editor of Interactive ... View Full Bio
We welcome your comments on this topic on our social media channels, or [contact us directly] with questions about the site.
Comment  |
Email This  |
Print  |
RSS
More Insights
Webcasts
Business Continuity with Contact Tracing
[Dark Reading Virtual Event] Your Crash Course on Cyber Attackers
More Webcasts
White Papers
DevOps for the Database
How San Francisco Secured Its Cloud
More White Papers
Reports
The ROI Of SD-WAN: Not Just A Numbers Game
2020 State of Cybersecurity Operations and Incident Response
More Reports