The cloud storage provider Nirvanix's demise, a little over a month ago, was a non-event despite initial panic. Why? No data loss.

When the news started to leak that Nirvanix was getting ready to shut its doors, the industry went into full panic mode. There were predictions of more failures and a lot of "See, I told you so" comments from cloud naysayers. But 28 days later, I was at Amazon re:Invent, and nobody really cared.

What happened? Why has Nirvanix so quickly become only a road bump on the seemingly unstoppable cloud raceway?

First and probably most importantly, no one I can find has lost data. Despite the gloom-and-doom predictions, it seems as if everyone got their data out. I still think there is legitimate concern over what happens to the copies of data still on Nirvanix hardware, but the fact that there have been no reported incidents of data loss is amazing.

We spoke to several gateway companies -- which provided on-premises-to-cloud-storage translation appliances -- that were able to move data out of the Nirvanix cloud. For clients whose data sets were too big to copy back to the on-premises appliance and to another cloud, these gateway companies worked with other providers to tap directly into the Nirvanix datacenter and pull the data out. Most interestingly, these companies report that no client has given up on cloud storage. All of them simply moved to other providers. In other words, the Nirvanix users remain sold on the cloud promise, and they want to continue using the cloud as a component of their solution.

Clearly, there are lessons to be learned from the Nirvanix shutdown. We don't want to have to go into full scramble mode the next time there is a cloud failure. One of the positives from this event is that we now know that cloud storage is not some mythical creation that's immune to failure. It is a business and a datacenter, and it has weaknesses from which organizations need to protect themselves. 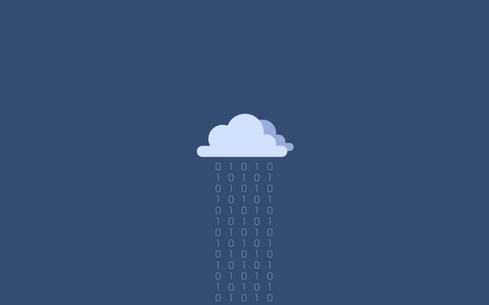 Interest in cloud mirroring (either via an application or the gateway) is on the rise and provides the ultimate protection from a cloud failure. That is an expensive option, though. A more cost-effective option would be for cloud providers to consider tape as a backup. Imagine if Nirvanix had a copy of all its data on tape -- it could have just shipped everyone their data. With LTO's LTFS capability, we wouldn't even have had to worry about what backup application they used.

But in the end, protecting yourself from a cloud failure is your responsibility as the IT professional. If you have applications that are entirely cloud based, the ability to pull that data into your datacenter might be the most cost-effective choice. Again, you can even use tape to keep costs down. If you are using cloud storage as a backend to on-premises applications, making an extra copy of data before it goes to a single cloud provider is a smart move.

Cloud compute and cloud storage come away from the Nirvanix shutdown essentially unscathed. IT professionals come away a little wiser, with a few more lessons under their belts. And cloud naysayers have to find another reason to complain.

Buying power and influence are rapidly shifting to service providers. Where does that leave enterprise IT? Not at the cutting edge, that's for sure: Only 19% are increasing both the number and capability of servers, budgets are level or down for 60%, and just 12% are using new microtechnology. Find out more in the 2014 State Of Server Technology report (free registration required).

So the traffic jam that was expected as data flowed out of the Nirvanix pipes never materialized? How did the providers get around it?
Reply  |  Post Message  |  Messages List  |  Start a Board
InformationWeek Is Getting an Upgrade!