SEARCH
A minimum of 3 characters are required to be typed in the search bar in order to perform a search.
Announcements
Event
Enterprise Connect 9/27-9/29 - Time is running out, secure your FREE Virtual Pass today!
PreviousNext
Cloud
Feature

Companies Push The Limits Of Virtualization

New software, hardware, and networking systems let IT managers stung by the recession go further with server consolidation.
Charles Babcock
Editor at Large, Cloud
April 30, 2009
Where's The Ceiling?
VMware hasn't said how many VMs companies will be able to run on ESX Server under vSphere 4, but its figures suggest it might average around 40, depending on the nature of the workloads.

There are risks, however, particularly on the management side. VMware's VSphere will need to discover, monitor, and track virtual machines as they're commissioned, provisioned, and decommissioned. If it can't do so effectively, VMs could disappear from view but still be alive and running in the software infrastructure, possibly offering intruders a path into the system. Ones that are supposed to run only with other highly secured VMs could end up being inadvertently moved to run with less secure ones.

Potential For Savings--Or Failure
Accenture's Ulmer knows the potential for savings from increased virtualization is great if the system can be managed effectively. When he reached 15 VMs per server, he achieved enough savings to make new deployments a wash, he says--deploying the next 15 VMs cost nothing in terms of virtualization software expense.

And by the time Ulmer got to 30 VMs per server, the cost savings not only paid for the software and hardware to virtualize the infrastructure, but also for the added hosting servers and network fabric of Accenture's outsourcing center. Accenture was able to speed up time to deployment and reduce labor costs for server management, Ulmer says. There's also an energy savings that he hasn't been able to calculate. Rapid payback has allowed Accenture to focus more of its spending on the most efficient hardware, letting it retire existing physical servers that are just18 months old, but not as efficient, Ulmer says. 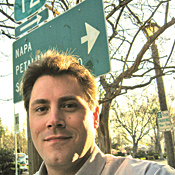 Savings?
Ulmer's bosses want more.
These gains have grabbed some attention at the company--and only ramped up the pressure on Ulmer and his team to show even more efficiency gains and savings. The next step is moving to 60 VMs per server. That will come only after VMware delivers all the pieces of vSphere, something it promises by the end of the second quarter, and Ulmer is convinced the software is reliable.

Any failures in the stress testing mean Accenture will stick to 30 VMs. Ulmer's very mindful of those stiff SLA penalties, and the fact that Accenture's outsourcing business would take a hit if he experiments with high VM numbers, only to trip over some unexpected bottleneck.

"Everyone is watching us," he says. "We don't want to fail."

Continue to the sidebar:
Cisco Seeks An Edge In The Blade Market

We will plant a tree
for each of the first 5,000 downloads.