Creating the Cloud Learning Platform of the Future - InformationWeek

When an RFP returned high-cost bids for the work, the University of Maryland University College opted for an in-house approach to building a cloud-based school.

The University of Maryland University College (UMUC) is taking full advantage of the cloud to give its students – regardless of where they may located – important exposure to sophisticated software applications and real-world business scenarios in a virtual environment.

We’ve built this virtual environment in-house at UMUC, at a cost of 40% less than we were quoted by outside developers. At the same time, we’ve seen four times more student usage over our incumbent system, with half as many trouble tickets issued. And we did it all in less than six months.

We were able to realize this dramatic success by ramping up a team dedicated solely to the project, giving them full autonomy to manage and develop it, and releasing them from the constraints of technology currently in place in UMUC’s IT department.

Triton has fundamentally changed the way students learn at UMUC, and the process  serves as a roadmap for other institutions looking to do the same.

The need for a virtual learning environment

An online institution, UMUC is part of the University of Maryland system. Our student body comprises approximately 95,000 students worldwide, with locations in College Park MD, Kaiserslautern, Germany, and Yokota, Japan.

Some 54% of our student body is active duty military. This is significant because of the UMUC’s graduate program designation as a Cybersecurity Center of Excellence. When military or civilian agencies need new cybersecurity experts, many are sent to UMUC to gain the experience many other learning institutions can’t offer.

Last year, the academic team requested a virtual desktop environment for students. As a turnkey browser-based system integrated into the classroom, the environment would provide students with software and cyber lab experiences. This new environment, which would be accessed by both undergraduate and graduate programs, and would replace a legacy system from an existing vendor that had outlived its usefulness.

In our RFP process, we quickly learned that no vendors had the breadth of knowledge required to do the job, and cost estimates for partial completion of the scope of work were as high as $6 million in the first year alone.

We canceled the RFP, and began to lay plans for doing the work in-house.

Building a college in the cloud

After reviewing several options, we decided on building out the system using Amazon WorkSpaces. This is a fully managed, secure desktop computing service running on the AWS cloud. It allows for easy provisioning of cloud-based virtual desktops, with user access from any supported device.

This system allows us to install, maintain, and monitor applications, and to collect analytics from any set of student exercises. There is no need to install special VPN software or other additional applications on the students’ computers.

That’s particularly important given the high percentage of active duty military in our student body. These students may not be allowed to install additional applications on the computers they use for their homework. With the simple click of a link inside their online classroom students would have access to countless applications, such as Crystal Ball, Nessus, and Articulate Storyline based on their course enrollments. Students in our Cyber Security program would have access to a cyber range for hands-on learning.

In addition to the development platform, we employed the Amazon Elastic Compute Cloud (Amazon EC2), a web service that allows us to easily scale compute capacity in the cloud. EC2’s virtual servers let our students have access to Linux experiences. It also allows us to provision our cloud computing capacity to accommodate the data and analytics information that our students need.

With this type of high-use system, it’s essential to have comprehensive network monitoring to maintain optimal performance. We’re using native AWS tools for overall health and performance of the environment, specifically CloudWatch, which measures latency of applications such as EC2.

As a supplement, we used network monitoring from Zenoss to monitor network health,  and to gather insight on the students’ experience with the system.

We went from canceled RFP to production in less than six months, which included securing funding, hiring 10 additional staff member, and defining requirements. It also included working with Amazon to modify their roadmap to give us the features we needed.

Additionally, we required single sign-on integration to let students into the environment with a single click of the mouse. This was not originally part of the platform offering, but with input from our in-house developers, they had a working prototype built in three days.

Finally, we needed a change in the billing model, which initially was a flat fee per workspace. With a plan to scale quickly to 25,000 workspaces, that type of billing model would not have been financially practical for us. We were able to settle on an hourly usage model, which will allow us to grow as quickly as necessary. 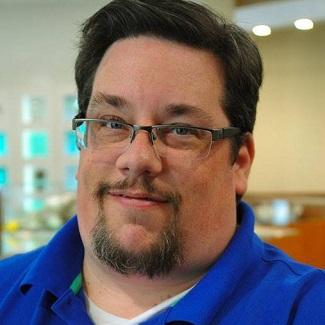 We deployed the Triton environment in September 2016 with 3,000 workspaces, expanding to 7,000 at the end of January, and now more planned for this summer. Students work with Triton for everything from relatively simple applications like Vizio to complex cybersecurity hacking and intrusion exercises.

Quotes from outside vendors ranged as high as $4 -$6 million in the first year alone for this environment. On the other hand, we stood up Triton for $2.5 million dollars – a price that included hiring 10 fulltime staff members to work exclusively on this project, and the complete cost of using AWS for the whole of the first year. That saved UMUC approximately 40% on development costs alone.

Based on usage patterns today, the cost of using AWS for the first year will be approximately $1.2 million. And the benefits to the university – beyond improving the learning experience – can also be measured in usage and overall network reliability.

Our previous platform, which had been run by a third party, had an average usage of eight hours per student per month. Triton is seeing an average of 30 hours per student per month. We’re also monitoring student support requests. Over 160,000 hours of usage, only 30 trouble tickets were reported. That’s four times as much usage and 50% fewer trouble tickets compared to our incumbent system.

Universities tend to do projects by committee, rather than identifying best resources for the effort.

We took the opposite approach. We chose to hire a team dedicated exclusively to  launching Triton. We assembled a 10-person team, making quick hiring decisions based on culture, technology fit, and experience

More importantly, we operated the team as a startup. One of my requirements going in was that the  team members would not be constrained to work with any technology currently in place at UMUC. We wanted to be able to disregard what was being done across the rest of the department, and enable the team to get started fresh out of the gate, without having to rely on corporate directory structures or existing policy.

And we were right. As we stepped back to look at our effort, we realized that if you get 10 people in a room, set them with a task and get out of their way, they can do amazing things. We’ve now replicated that approach in other projects moving forward.

The future of learning is undoubtedly in the cloud. At UMUC, we’ve proven that developing the platform of the future is well within our grasp today.

Greg M. Smith is Associate VP of Enterprise Operations at University of Maryland, University College. He can be reached at [email protected]

The InformationWeek community brings together IT practitioners and industry experts with IT advice, education, and opinions. We strive to highlight technology executives and subject matter experts and use their knowledge and experiences to help our audience of IT ... View Full Bio
We welcome your comments on this topic on our social media channels, or [contact us directly] with questions about the site.
Comment  |
Email This  |
Print  |
RSS
More Insights
Webcasts
Building Asset Management into Your Enterprise Security Strategy
Take DevOps to the Next Level
More Webcasts
White Papers
5 Reasons to Protect your VPN with Multi-Factor Authentication
The 2021 Threat Hunting Report
More White Papers
Reports
The State of Endpoint Security
Tech Insights: Detecting and Preventing Insider Data Leaks
More Reports