Modernizing an industry that is under federal compliance mandates and historically has been slow to embrace new IT can require an extra bit of finesse.

As vital as healthcare is to everyone, it continues to be a challenge to move its data and related systems to the cloud. Among the hurdles that can stall such change are regulatory requirements meant to safeguard patient information. Legacy systems and dated methods can further slowdown efforts to bring about digital transformation.

“Having worked at health [insurance] plans in the past, generally speaking their technology is not as modern as other industries,” says Mark Nathan, CEO of Zipari, which provides health insurers with data insights. It may be necessary to lay out the advantages as well as the safeguards that can protect data to convince healthcare entities to fully embrace the cloud.

Health insurers and healthcare providers alike can be reluctant to change because of the federal mandates they face. Patient information is increasingly going digital, but moving that data from on-premise to the cloud can raise security compliance concerns. “A lot of regulations, such as HIPAA (Health Insurance Portability and Accountability Act), make them think that moving to the cloud is a risk for them,” says Balu Nair, chief technology officer for Gray Matter Analytics, which provides analytics solutions to healthcare organizations. He says the healthcare industry tends to be 10 to 15 years behind other sectors in terms of IT. 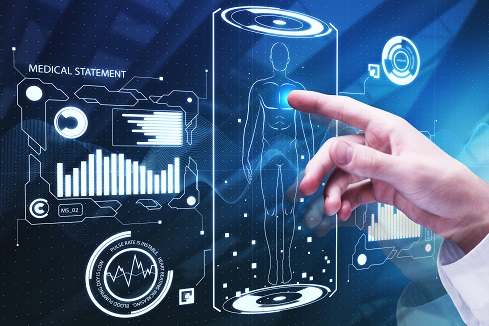 Traditionally health insurance has operated in closed environments where the sharing of information, even between applications implemented at data centers, has not been that common, Nair says. “Electronic medical records might not freely communicate with a scheduling system. To some degree it’s deliberate.” In addition to regulatory compliance, he says major vendors might see it in their best interest to keep these environments closed.

For instance, the IT operations within a health system are likely to operate as a support group that is twice-removed from the eventual service delivery, he says. The IT teams might feel that keeping certain things close to the vest helps to demonstrate their value. Moving such data and software off-premise to the cloud represents a challenge for IT teams because it can take them away from their core competencies, Nair says. This can conflict with the need to move large amounts of information among different groups to provide service. Changing this pattern can require some in-house leadership to break out of old cycles. “Health care is an industry where someone needs to get it started and the rest will follow,” Nair says.

It may seem customary these days for industries to move from paper-based information to electronic records, but such a transformation has taken time in healthcare. The Affordable Care Act, Nair says, as well as standards established under the Meaningful Use rule that governs electronic health records, incentivized health organizations to move into the digital world. Getting some institutions and organizations onboard with using electronic medical records or updating their existing processes represented a deep change, he says. “A lot of the end users — the physicians, nurses, and care delivery teams — are still getting trained on using the digital versions of things.” 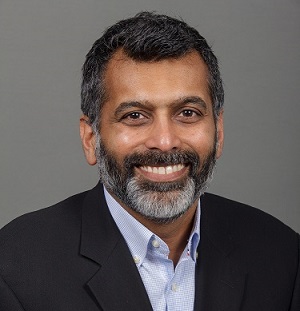 Part of the solution to improve the pace of adoption may come down to demonstrating how digital transformation can safely make the healthcare industry more efficient. Nair says the federal government is also steering the industry in a direction that could mean hospitals would take on more responsibility for service and risk than insurance companies. Such a move would heighten the need to manage data from multiple sources that include pharmacies, labs, demographic data on patients, and social determinants of health, he says. “All this information has to be collected, and the cloud provides an easier, cheaper, and possibly more sustainable way to get there.”

Untangling legacy systems by migrating to the cloud

Creating a plan to move to the cloud though can mean also dealing with a knotted, cumbersome on-premise system that has seen little change over the years, says Nathan. “It wouldn’t be unusual to find group insurance technology requiring 150 different systems, with some that could be more than 20 years old.”

He says systems may have a hodgepodge of interfaces that were built up over the years but were never consolidated into something more digestible. Health insurers in recent years, Nathan says, have achieved a certain level of comfort with the idea of moving towards cloud-based architectures however there are still some obstacles to clear. “Getting cloud technology is like an education for many of them,” he says. 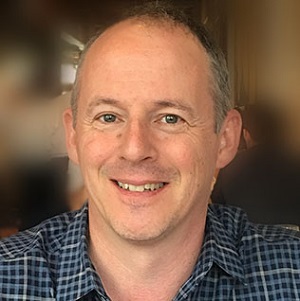 Transformation plans continue to be slowed by limited budgets for a technology overhaul, he says. Showing the industry how modernized, clean interfaces can shorten traditionally lengthy processes may be the answer to securing the resources to make lasting changes. This can include creating member portals, mobile apps to let people look up claims and benefits, and applications to run call centers to help representatives answer users’ questions. “The trick is working with their existing systems,” Nathan says.

Joao-Pierre S. Ruth has spent his career immersed in business and technology journalism first covering local industries in New Jersey, later as the New York editor for Xconomy delving into the city's tech startup community, and then as a freelancer for such outlets as ... View Full Bio
We welcome your comments on this topic on our social media channels, or [contact us directly] with questions about the site.
Comment  |
Email This  |
Print  |
RSS
More Insights
Webcasts
Making XDR Work in Your Enterprise - May 12
Multi-Cloud Data Management for Modern Applications
More Webcasts
White Papers
A Decade of Passive DNS
Ransomware Security Breach Summary: Food Production
More White Papers
Reports
We Need Your Input: Trends in Workforce Optimization
The Need for Speed: Second Generation EDR
More Reports