Driverless Vehicles & The IT Impact

Juniper Research tried to answer the question, given the experimentation with driverless vehicles, when will it gain traction?
Charles Babcock
Editor at Large, Cloud
November 29, 2016
Credit: Credit: Google

IT has already had to adjust to the tablets and various personal smart phones invading the office network. What if the next challenge is connecting everyone's smart car to the network as well?

Driverless cars are coming in much higher volumes than anything enterprise IT has experienced so far. While there's still some breathing room, it might be wise to consider some of the ramifications of a vehicle that leaves its passengers --including the driver -- free to do other things. 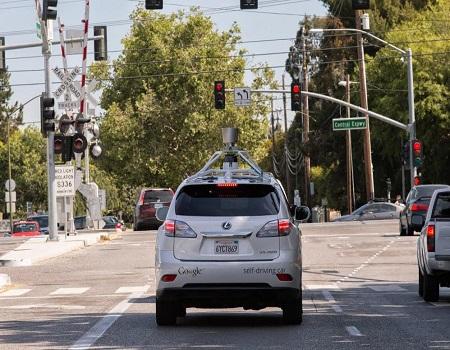 Last month, an 18-wheeler beer truck made a 120 mile journey in Colorado with the driver in the truck's sleeping berth the whole trip. It arrived at its destination without mishap, using the Otto digital guidance system.

As cars start and stop in rush hour traffic, will there any reason why employees won't join a meeting that they were going to be late for anyway? They'll need both a voice and document screen link, with video added if the employee has a central role to play.

Autonomous cars will be connected to various mapping and guidance systems, why not the office network as well? For that matter the electronic display systems of one driverless vehicle will very likely be connected to those of other vehicles. Meetings one day may be planned for the down time involved in a slow commute to the office. Other passengers not in a meeting may be starting their day's work by reading documents called up from the enterprise content management system.

Meanwhile, the harried executive hurrying to catch a flight may receive both his itinerary and boarding pass after he's left for the airport.

Want to see how Uber is planning to use self-driving cars? Read Uber To Pilot Self-driving Cars On Pittsburgh Streets.

The question isn't whether the autonomous car will become an IP address on the Internet and an extension of the office, but when? In the meantime, Juniper Research has made an attempt to project when driverless vehicles will come into much broader use. By the way, it defines an "autonomous vehicle" as one that has "the ability to drive from one destination to another with minimal or no human interaction."

Conditions around the world are "leading to the perfect environment for the emergence of the driverless autonomous vehicle," Juniper analysts concluded. Those conditions include regulatory and environmental pressures, technology development and demographic pressures that seek to make already dense traffic patterns safer.

The demand for greater safety is highest in places like China and other parts of the Asia Pacific region where the number of vehicles on the road is increasing rapidly. In Europe, increased regulations have required automated safety systems on vehicles. Other parts of the world want to emulate its success in relying on automated warning and braking systems that are responding to radar and other sensor signals, the analysts noted.

The mass production of autonomous vehicles won't hit its stride until 2025, predicted the Juniper analysts. In that year, the output will be of 14.5 million vehicles and the total in use by that point will be 22 million. In the year, 2020, by contrast, the production rate will still be down at the level of a "a few thousands," they said.

The National Highway Traffic Safety Administration has advanced a classification system for five levels of automated vehicles, and manufacturers will have to reach the fourth level before the vehicles can be considered an autonomous machine, allowing the driver to pay attention to something other than driving. Some human supervision will still be needed in level four vehicles. Earlier levels establish a safety or control system as self-governing, or some combination of them, with yet more human direction required.

Only level five vehicles, however, will have the ability to drive from one destination to another with no human interference.

As usage continues to grow, it is likely that China and the Far East "will dominate the market with a market share of 34%" at the end of 2025, followed by North America and Europe.

The parts of the world least likely to adopt the autonomous level four and level five vehicle are the less affluent region of the Indian subcontinent, Asia Pacific, Africa, and the Middle East, they said.