In the process of developing Terragraph, a network aimed to bring wireless Internet access to dense urban environments, Facebook has made strides in network application development. Here's why its Open/R platform -- slated to be offered to the open source community -- could eventually influence enterprise network development as we know it.

Facebook's Open/R, a network software platform that started out as a shortest-path router to help provide Internet access to underserved city neighborhoods, is evolving into a rapid deployment tool for the company's network application developers.

Although Open/R is still only available for internal use at the company, the social media giant said it eventually plans to open source the platform so others can use it.

Open/R is the software behind the many switches and routers used to connect Terragraph, Facebook's multi-node wireless network. Facebook CEO Mark Zuckerberg has said he would like to see scalable network connectivity, such as Terragraph, available in parts of the world where Internet connections are at a premium.

Terragraph accesses unlicensed V-band wirelesss spectrum to connect dense urban areas to the Internet. Introduced April 13, Terragraph is designed to use multiple short-hop transmissions between small nodes in a given neighborhood until an Internet connection is accomplished. Its design is well suited for environments in which wireless signals lack a clear path because of buildings or other obstructions. However, because the spectrum used by Terragraph has limited range, and because it's relatively unstable compared with more commonly used wireless bandwidth, it requires complex routing.

That's where Open/R comes it. The platform has emerged as a tool that network developers can use to test out new routing programs on the fly. In addition to its role in Terragraph, which is being tested on Facebook's Menlo Park, Calif., campus, Open/R is serving a limited function within Facebook. Open/R connects some parts of the Facebook internal backbone network to Facebook data centers. Company officials weren't prepared to discuss the internal deployment with us in detail at this time.

The Open/R system was introduced at the [email protected] conference, an invitation-only technical conference held on the Facebook campus May 10-11. The event was attended by representatives of Facebook, NASA, Google, Akamai, and Microsoft, among others. Facebook network engineer Petr Lapukhov, one of the speakers, blogged about the system on Facebook May 10.

"With Terragraph and Open/R, we can produce cost-effective solutions and iterate more quickly, which in turn will help us improve the speed, efficiency, and quality of Internet connectivity around the world," Lapukhov wrote. "We are continuing to iterate on these technologies with the ultimate goal of contributing them to the open source community and to the Telecom Infra Project (TIP) for use in the broader ecosystem." 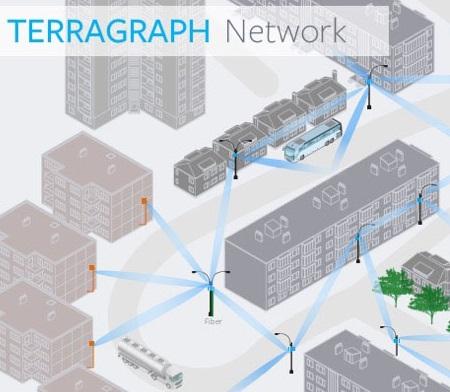 Open/R is designed to supply a basic routing function that can be taken advantage of by different types of applications sitting on top of it, he wrote. The platform "makes it possible to prototype and deploy new network applications much more quickly than with the industry's standard development process," according to Lapukhov.

Implementing Open/R networks will allow developers to quickly add new features to apps on top of base networks, which is "central to our ability to improve the speed, efficiency, and quality of Internet connectivity around the world," he said.

For example, an Open/R network can easily add an application on top of routing that measures the utilization of network links, a move that could lead to computing bandwidth allocation. It could add MPLS (multi-protocol label switching) for quick movement of data over adjoining segments without looking up long network addresses.

Lapukhov held up the Open/R approach to routing in contrast to some of the centralization tendencies of software-defined networks. Instead of removing intelligence from network devices and centralizing it in a controller, why not let many autonomous network functions on distributed nodes provide the traffic guidance?

Facebook's Open/R routing platform allows a combination of centralized and distributed control working together with the aim of establishing more self-governing networks that will self-allocate traffic and route it to the Internet with a minimum of supervision.

Charles Babcock is an editor-at-large for InformationWeek and author of Management Strategies for the Cloud Revolution, a McGraw-Hill book. He is the former editor-in-chief of Digital News, former software editor of Computerworld and former technology editor of Interactive ... View Full Bio
We welcome your comments on this topic on our social media channels, or [contact us directly] with questions about the site.
Comment  |
Email This  |
Print  |
RSS
More Insights
Webcasts
Unifying Your Endpoint Security Strategy
Leveraging Infrastructure as Code to Streamline Security & Operations
More Webcasts
White Papers
Gorilla Guide Extended Detection and Response
The 2021 Security Outcomes Study
More White Papers
Reports
Intel 471 Breach Report
Are We Cyber-Resilient? The Key Question Every Organization Must Answer
More Reports