Go inside the federal government's data center consolidation initiative, which aims to save $5 billion. See who's closing the most data centers, where, and how else the picture is changing.
J. Nicholas Hoover
Senior Editor, InformationWeek Government
November 16, 2011 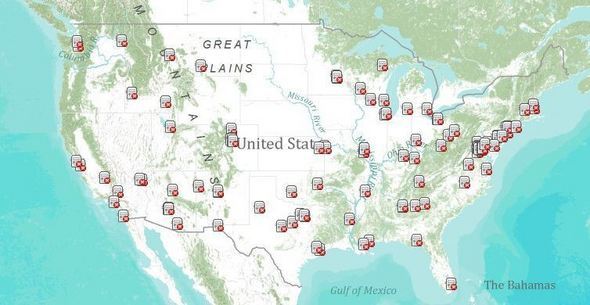 The U.S. government is moving ahead with an ambitious consolidation initiative that aims to slash the number of federal data centers from 2,094 facilities to 1,132 data centers by 2015.

The government, ahead of its original schedule, now plans to close 472 data centers by the end of 2012. Lisa Schlosser, deputy administrator of the Office of Management and Budget's office of e-government and IT, says the consolidation initiative shouldn't be judged by data center closings alone. But the total number of federal data centers, and Uncle Sam's success at reducing them, will be closely watched as a measure of IT efficiency.

The Department of Defense shuttered 52 data centers in fiscal 2011, with the Army alone closing 100,000 square feet of space. Both the Army and Navy instituted moratoriums on new server purchases.

Other agencies with large numbers of data centers include the Department of State, with bureaus, embassies, and other posts around the world, and agencies such as the departments of Energy and Interior that have many distributed offices.

The federal data center consolidation activity is tied to other industry trends, including server virtualization and cloud computing. The White House has implemented a "cloud first" policy that requires agencies to consider cloud computing as an option when evaluating their IT needs. Energy efficiency is another key part of the strategy, and the government hopes to increase efficiency several times over.

However, even as data center consolidation continues to be a key part of the federal government's strategy to save money and increase performance and efficiency in IT, forces are pushing in the other direction.

Appropriators in both the House of Representatives and Senate, for example, have slashed the Department of Homeland Security's fiscal 2012 budget for data center consolidation. With deficit reduction near the top of the political agenda, it may be tough sledding for Congress to spend more money over the short term in order to save it over the long term.

Take a closer look at federal data centers and the consolidation plans: