SEARCH
A minimum of 3 characters are required to be typed in the search bar in order to perform a search.
Announcements
Alert
Got some free time? Grow your knowledge from the comfort of your computer for FREE!
Alert
Are you looking to stay on top of IT trends? Check out our FREE webinars and virtual events!
Alert
Planning for 2023? Be sure to check out our upcoming in-person events!
Report
How does your salary stack up? 2022 IT Salary Survey Results Revealed
PreviousNext
Cloud
3 MIN READ
News

Google CEO Eric Schmidt heralds the maturation of the Internet application programming model as the fulfillment of a decades-old dream.
Thomas Claburn
Editor at Large, Enterprise Mobility
May 27, 2009 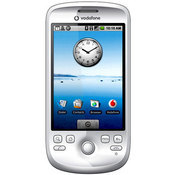 At its developer conference in San Francisco on Wednesday, Google executives declared victory for the Web even as they urged their developers onward.

Google CEO Eric Schmidt heralded the maturation of the Internet application programming model as the fulfillment of a decades-old dream.

"It's time for us to take advantage of the amazing opportunity that's before us," he said. "Internet programming, the way we think about it now, is something we have worked on for all of our careers."

It's time, he said, because "people are frustrated. They're tired of the complexity.

"This is the beginning of the real win of cloud computing," Schmidt said.

Later during the keynote, Google engineer DeWitt Clinton introduced a new product that exemplifies his company's vision of simplicity: Web Elements, which allows Web site creators to add Google applications to their sites through a menu-driven process. Google also made Java support on Google App Engine available to developers.

"The Web has won," he announced, explaining that the Web has become the dominant programming model.

And if any of the developers in the audience remained unconvinced or unmotivated to code with Google in mind, Gundotra borrowed a page from TV host Oprah Winfrey's playbook and offered everyone in attendance a free Google Android mobile phone with 30 days of unlimited 3G data and voice service. That's more than 4,000 Android phones, in case anyone is counting.

"I always wanted an Oprah moment," he said to the applause of the audience.

Such strategic generosity might make it easier to overlook the contradiction inherent in a declaration of victory bundled with a call to arms.

In truth, the war rages on, on many fronts. There are battles to come against Microsoft and others for market share in search and online applications. But Google's main foe at the moment is apathy: The possibilities of browser-based Web applications will remain unrealized unless developers take advantage of emerging Web technologies.

So it was that Gundotra described how HTML 5 can be used to make online applications as powerful and flexible as their desktop ancestors. Through HTML 5, browsers can access geo-location data and local storage, he said. They've gained access to CPUs and GPUs, allowing for 3-D rendering inside the browser.

A demonstration of a 3-D scene of a tropical island rendered in Google's Chrome browser showed just how far the browser has come as a platform for computationally demanding applications.

Mozilla VP Jay Sullivan and Palm senior VP Michael Abbott added their endorsements of the Web as a platform.

Microsoft received only a passing mention. Gundotra tread carefully in discussing his former employer. Microsoft, he said, could do a lot to move the Web forward. Noting that Microsoft had made statements of support for some of the new Web technologies being discussed, he said that Google eagerly awaits evidence of Microsoft's commitment.