In what appears to be a move to protect the brand of Google's parent company Alphabet, the Internet giant has bought the domain abcdefghijklmnopqrstuvwxyz.com.

On Oct. 7, the company bought the domain name abcdefghijklmnopqrstuvwxyz.com for reasons that were not publicly stated. The sale was private, and terms were not announced.

Since Google reorganized itself as a subsidiary of the Alphabet holding company in August, this domain acquisition may be an attempt to prevent others from profiting on the Alphabet name.

The obvious choice for a domain for the holding company would have been Alphabet.com, but it is owned by the German carmaker BMW. Alphabet is the name of a BMW subsidiary that provides services to corporations with vehicle fleets.

So, Google launched Alphabet's website with a URL of abc.xyz.

"We realized we missed a few letters in abc.xyz, so we're just being thorough," an Alphabet spokesman told The Wall Street Journal.

This seems like a move to protect the Alphabet brand. For example, Google also owns the GoogleSucks.com domain, which redirects to Google.com. But it seems doubtful that Google or Alphabet will do anything with the new domain name. 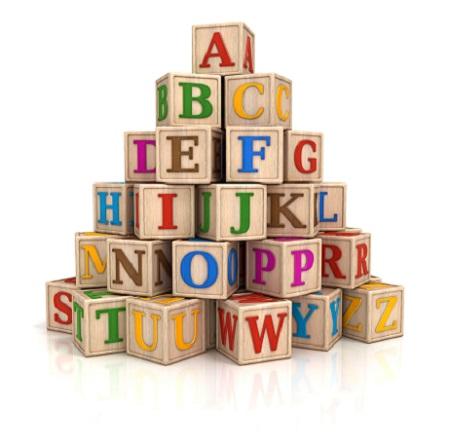 Google may have found that its search engine was including the acquired domain name in the results for a search on "Alphabet." Faced with this, it may have decided to go with a pre-emptive strike rather than wait for the domain name owner to realize what he or she had and jack up the asking price.

The name registry will expire on Aug. 2, 2018, according to the whois record associated with it, which also says that the domain was first created on Aug. 2, 1999.

[Find out why Google CEO Sundar Pichai is good for Android.]

The IP location puts it on a GoDaddy server in Scottsdale. Ariz., running Apache/2.2.3 (Red Hat). When queried in a Web search, it does not resolve.

The domain was most recently located in Nassau, Bahamas, as of April 12, 2012, and used Apache/2.2.17 (Ubuntu) as its server program. It called itself "The Leading ABC DEF Ghij KLM NOP QRS TUV Wxyz Site On The Net."

The IP address used for the domain at that time (208.87.35.106) also hosts 11,314 other domains on the same address. These other domains are consumer and product oriented, and typical of the efforts of people in the early days of Internet commercialization to grab domain names that might pay off at a future date (handbagshoponline.com, discountyarn.com, and many more).

Claiming the full alphabet as a domain name was the kind of thing that could have been considered a great idea back in those days.

It may have now paid off for the original domain owner. It only took about two decades.

Larry Loeb has written for many of the last century's major "dead tree" computer magazines, having been, among other things, a consulting editor for BYTE magazine and senior editor for the launch of WebWeek. He has written a book on the Secure Electronic Transaction Internet ... View Full Bio
We welcome your comments on this topic on our social media channels, or [contact us directly] with questions about the site.
Comment  |
Email This  |
Print  |
RSS
More Insights
Webcasts
Keys to Better Cyber Risk Assessment
Data Center Network Operations (NetOps) Reimagined
More Webcasts
White Papers
CPRA: The Simple Guide
Data-Driven Vulnerability Remediation with Vulcan Cyber - A Case Study With Snowflake
More White Papers
Reports
We Need Your Input: Trends in Workforce Optimization
Tech Insights: Detecting and Preventing Insider Data Leaks
More Reports
Copyright © 2021 UBM Electronics, A UBM company, All rights reserved. Privacy Policy | Terms of Service