50%
Tweet
In an effort to gain enterprise interest, Google announced changes to its cloud platform last month that would beef up machine learning and big data capabilities. Still, many questions remain about whether Google's cloud will ever be a serious enterprise contender. 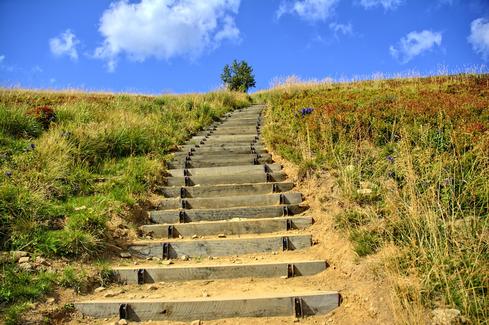 If you had asked me five years ago who the top three cloud providers in the world would be in 2016, I would have undoubtedly included Google Cloud Platform (GCP) on that list. But as things stand today, GCP has struggled to compete with Amazon AWS, Microsoft Azure, and even IBM.

It appears that enterprises never bought into what Google was originally selling with its cloud platform. That seems like an odd statement, considering you get to use the same supporting infrastructure and platform on which all Google services run. But most enterprises weren't -- and still aren't -- ready for "the Google way."

For example, asking developers and server administrators to abandon traditional architectures and, instead, migrate apps to the Google App Engine (a platform-as-a-service) is simply too far of a stretch. Google's other launches, such as Google Cloud Storage and Google Compute Engine, fared better than its App Engine. Still, it always seemed to me the company's offerings lacked many features and services that would appeal to enterprise customers -- and generally seemed limited when compared to other cloud players.

Last month, the company announced plans to beef up GCP with the addition of a machine learning framework for building and training custom data models using distributed learning algorithms based on TensorFlow.

Eric Schmidt, chairman of Google parent Alphabet, struck a conciliatory tone to court enterprise decision-makers at this year's Google Cloud Platform Next conference. He acknowledged that Google expected too much of companies as it moved into the cloud market with App Engine in 2008. The company didn't provide the right stepping stones into the cloud, he said. "We decided to meet you where you are, as opposed to where we think you should be," Schmidt stated at the event.

Clearly, Google wants to attract new enterprise customers. But many questions remain as to whether Google can claw its way to the top.

Here are seven questions Google must address as it courts the enterprise for its cloud platform. At this stage, Google can't simply be a "me too" service provider. It has to provide something truly unique to persuade enterprises to switch.

Once you've reviewed the challenges facing Google's cloud efforts, we'd love to hear your opinion. Do you think GCP has a shot at becoming as big -- or bigger --than AWS or Azure? Is its cloud service truly enterprise ready? Tell us what you think in the comments section below.


Having worked with Google's,  "Google For Work" products.  I can understand the position that Google just doesn't get the enterprise.  Trying to get simple answers is frustrating and the service from a storage standpoint is expensive.

I agree. AWS is a big player, but it is mostly for big players only. Deploying application on AWS is complicated and time consuming, unless you are using a managed hosting like Cloudways. Also, AWS is quite expensive. On the other hand, GCE is cheaper than AWS and is relatively easy, but still requires you to have sysadmin experience. I would not say Google is losing the cloud hosting race, but AWS is definitely ahead of them.
Reply  |  Post Message  |  Messages List  |  Start a Board

I think where I see most companies struggle with Google services are they expect the same features/accessibility/interconnectivity that they have with Microsoft's on premises services.  Those of us pushing some things toward Microsoft's cloud services feel a similar sting since Azure AD isn't quite the same as on premises but the tools are mostly there and the promise of it getting better is there.  Google may have the apps but it feels like it stops there.  Small companies may not care about anything past an office suite and email hosting but everyone else needs those tools to avoid going insane.
Reply  |  Post Message  |  Messages List  |  Start a Board