SEARCH
A minimum of 3 characters are required to be typed in the search bar in order to perform a search.
Announcements
Report
Find out what you need to know so that you can plan your next career steps and maximize your salary.
Event
Explore strategies, new technologies, and best practices to provide a secure infrastructure - Learn more at Interop!
PreviousNext
Cloud
Commentary

How To Choose Between Virtual Desktop Deployment Models

Many companies are turning to virtual desktops in the cloud to support end user computing, and they have multiple models to choose from.
Andrew Froehlich
President & Lead Network Architect, West Gate Networks
February 21, 2017
Credit: Image: TimonOziemblewski/Pixabay 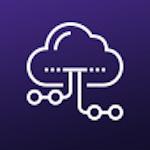 The choice between Virtual Desktop Infrastructure (VDI) and Desktop as a Service (DaaS) is becoming a bit murkier in 2017. While both technologies bring pros/cons, between the two, we now have several hybrid options that can leverage benefits from both worlds. Today, we're going to compare all three virtualized desktop architectures, and point out situations where one might be a better choice than another in your enterprise environment.

Even though VDI is a technology that has been around for years, many IT departments are only now beginning to give it a serious look. From a desktop replacement strategy, VDI makes a great deal of sense. Network access is prevalent today, and there are even options available where users can use VDI instances while offline. From an IT administration perspective, VDI allows for full, centralized control over the OS and apps data. Patching also becomes a breeze as desktop administrators simply update an image, and everyone who uses that image automatically receives the benefits. Finally, there are security advantages inherent with virtualized workspaces such as VDI.

But, thanks to increased confidence in cloud computing technologies, VDI, which, was originally designed to be housed on-premises in local data centers, has moved to the cloud. This is what's referred to as DaaS, and market growth for this service is expected to be enormous. DaaS and VDI give you the same overall benefits of any virtual desktop technology.

The key difference is where the desktop is hosted and the level of infrastructure control the in-house IT staff has. With DaaS, your IT staff spends less time and fewer resources managing the underlying network, server, and other infrastructure components that are now largely commoditized. This frees up your administrator resources to focus on technical problems that are more specific to your individual business. You also get to rely on the service provider’s built-in security processes, something they likely have a great deal of experience and expertise with. Lastly, DaaS is great for organizations that have a geographically dispersed workforce. A cloud presence across multiple data centers throughout a country or even around the globe can create a far more uniform operating experience for end users no matter where they are physically located.

Yet, some IT administrators are hoping to keep virtual desktop administration in-house. One reason for this is network latency issues when accessing cloud resources. If the majority of users come into an office and work directly off the corporate LAN, the improved latency and reduced jitter when hosting VDI locally can be key to long-term success. Methods of accessing cloud resources is also a factor. WAN links or Internet connections to the cloud must be reliable and fully redundant.

Additionally, when making the decision to choose VDI or DaaS, one question that needs asking is: Where do my applications and data reside? If the majority are hosted on-premises, a DaaS architecture doesn't make sense. This is because the virtualized desktops in the cloud are going to have to constantly reach back into the private data center where server applications are being hosted. If, however, apps are largely cloud-hosted, a DaaS makes far more sense.

Instead of having to choose between in-house VDI or cloud-managed DaaS, a third, hybrid option is growing in popularity. Companies such as Citrix and VMware are pushing customers to consider managing both local- and cloud-hosted virtual desktop images using a single, centralized virtual desktop management platform. VMware is the most recent entrant to the hybrid VDI market, having announced Horizon Cloud this February. The company is touting the Horizon Cloud service as featuring the best benefits taken from VDI and DaaS. The most logical use-case scenario for a hybrid VDI would be a company that currently manages on-premises VDI, yet their goal is to move all apps, data – and eventually virtual desktops -- to the cloud. A hybrid approach offers a far easier virtual desktop migration path to accomplish this goal.

Virtual desktops are clearly the future of enterprise IT. The question in 2017 becomes, where is your current cloud infrastructure in relation to a virtual desktop rollout? If your apps and data are already hosted in the cloud, DaaS is the likely best candidate. If, however, you still manage most resources in a private data center, VDI might be a better option. If you do stick with legacy VDI, rest assured that a hybrid option is now available for when your application/data cloud footprint finally catches up to your desire to manage virtual desktops in the cloud.