Hewlett Packard Enterprise (HPE) has aligned its offerings from application development to deployment to monitoring and management with Docker container technology.

Hewlett Packard Enterprise (HPE) is going all in with Docker, announcing Monday a series of offerings aimed at enabling developers and customers to work more easily with the container technology using HPE tools on HPE infrastructure.

While HPE had already provided some support for the container technology, today's announcement marks a much bigger commitment from the tech giant, and provides more insight into the company's cloud strategy following the sunsetting of its public cloud efforts.

[HPE has been refining its cloud strategy over the last year. For more on what HPE is doing, read HP Kills Public Cloud, Cedes To AWS, Google, Microsoft.]

"Containers are changing the way applications are developed and managed, bridging the gap between IT and developers and helping organizations accelerate their pace of innovation," said Martin Fink, executive vice president and CTO of HPE, in a prepared statement. "Hewlett Packard Enterprise is embracing and extending Docker capabilities by providing a comprehensive set of enterprise class tools and services to help customers develop, test and run Docker environments at enterprise scale."

This includes adding Docker support to HPE's tools and infrastructure from application development, to deployment, to monitoring and management. 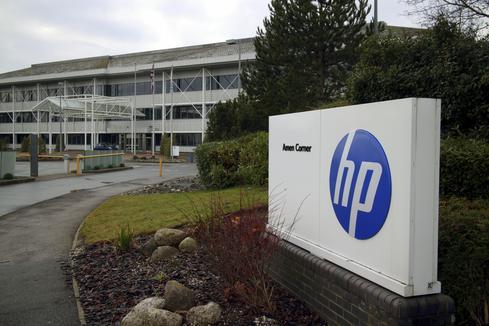 One of the biggest pieces of the new support the is HPE Helion Development Platform 2.0 with support for Docker.

"Enterprise and government customers talk to me all the time about the disruption that they see in IT," wrote Omri Gazitt, vice president of product and services for HPE Helion, in a guest blog post on Nov. 16. "They are often piloting or extending the use of cloud in their organizations, but they still want help understanding fundamental questions. One very common question they ask is this: how specifically can the cloud help us move faster, get more agility, and deliver value to customers and partners more effectively?"

HPE's Helion update with support for Docker is designed to do that by enabling enterprise IT executives to create platforms for their services. The update lets organizations create microservices, which HPE defines as applications that function as independently deployable services packaged as Docker containers.

In his blog post, Gazitt said that microservices enable developers to work in "bite-sized chunks." That process lets them dramatically shorten the distance between releases.

"Instead of twice yearly or quarterly releases, a common cadence for many enterprise developers I speak to, microservices help enable developers to target releases on a monthly, weekly, or even a daily cadence," Gazitt wrote.

In addition to HPE Helion Development Platform 2.0 support for Docker, HPE said it would provide support throughout a range of products for test, deployment, and monitoring, plus support for Remote Docker Swarm cluster monitoring with HPE Sitescope. Other products enabled for Docker are HPE Codar for Docker to enable continuous deployment of hybrid workloads -- part traditional and part containerized, and a Docker Machine plugin for HPE Composable Infrastructure to automate deployment of Docker container hosts from HPE OpenView.

Additionally, HPE noted that it will offer expanded support for containers, new reference architecture that provides best practices and guidance in how to deploy Docker on its converged architecture, and a Docker Reference Guide.

Jessica Davis is a Senior Editor at InformationWeek. She covers enterprise IT leadership, careers, artificial intelligence, data and analytics, and enterprise software. She has spent a career covering the intersection of business and technology. Follow her on twitter: ... View Full Bio
We welcome your comments on this topic on our social media channels, or [contact us directly] with questions about the site.
Comment  |
Email This  |
Print  |
RSS
More Insights
Webcasts
Unifying Your Endpoint Security Strategy
Leveraging Infrastructure as Code to Streamline Security & Operations
More Webcasts
White Papers
Case Study: What Elite Threat Hunters See That Others Miss
The 2021 Small and Midsize Business Security Outcomes Study
More White Papers
Reports
The Infoblox Q1 2021 Cyberthreat Intelligence Report
The State of Malware Threats
More Reports

Another sign that containers may become the chief deployment as well as development vehicle for enterprise software.
Reply  |  Post Message  |  Messages List  |  Start a Board
InformationWeek Is Getting an Upgrade!