With its OpenStack Services, IBM is looking to expand its cloud services portfolio to compete with the likes of Amazon and Microsoft Azure.

IBM is playing catch-up in the cloud market with a vengeance. On May 19, the tech giant announced additions to its OpenStack Services to integrate apps and data across hybrid clouds.

In effect, IBM is bridging two IT cultures with its latest cloud efforts: the speed-to-market sensibilities of Silicon Valley startups and the slow-and-steady approach of longstanding enterprises laden with legacy apps.

"This will speed our clients' way into integration," Angel Diaz, vice president of Cloud Architecture and Technology at IBM, told InformationWeek in an interview on Tuesday. With the service expansion, clients should be able to develop their applications rapidly, deploy them in minutes, and produce them in hours, he said.

IBM's OpenStack Services allow developers to access the public, private, and managed-dedicated cloud, all tied together through the hybrid cloud, Diaz explained. OpenStack Services will let developers monitor and secure their own cloud efforts, as well as set up and scale their apps for deployment on any of IBM's network of data centers.

Any of these augmented services can be reached either through IBM's SoftLayer or Bluemix.

All of this amounts to "do it yourself" systems integration, to a degree. It is about "how you get the CPUs, network security, and network to build apps faster," Diaz said. Developers can integrate across public, private, and managed-dedicated clouds at once, he said. 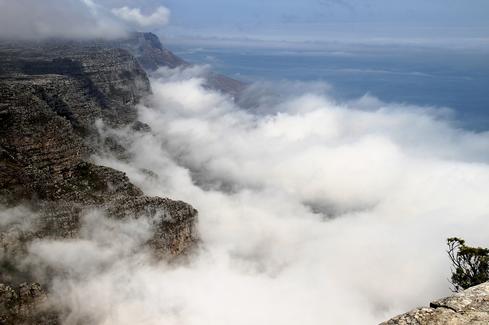 Bluemix is attracting developers from the Silicon Valley and San Francisco areas to start businesses and craft new apps without any IT overhead, while large, traditional corporate customers use the same tools to connect their legacy and transaction systems with the hybrid cloud, Diaz said. "What we build is open," he added.

"In the end, open always wins," said Diaz. "You can't out-innovate the world.” The embrace of open standards also means faster time-to-market and increased market share for IBM and its development partners.

IBM is a latecomer to cloud technology. Its entry was distracted and delayed by a previous strategy focused on delivering shareholder value, which had the company trying to double its stock dividend between 2010 and 2015. This plan was abandoned before its final year to free up cash for much needed research and development after years of layoffs, stock buy-backs, and sales of lesser-performing divisions.

As of fourth quarter 2014, Amazon Web Services led in the cloud market, with 30% market share and $16 billion in revenue, according to Synergy Research Group. (Synergy combines infrastructure-as-a-service (IaaS), platform-as-a-service (PaaS), as well as private and hybrid cloud in its broad definition of the cloud market.)

IBM's cloud business alone amounted to $7.7 billion in revenue, as measured from first quarter 2014 to first quarter 2015. In the larger scheme of things, cloud, e-commerce, and cognitive computing comprise IBM's "strategic imperatives," and account for 27% of IBM's revenue.

With a $4 billion investment, IBM expects to grow revenue from these three efforts to 40% of its top line in four years.

IBM isn't the only tech firm looking to leverage OpenStack technology to help build out its cloud offerings. HP, Oracle, and Red Hat have also invested in OpenStack.

William Terdoslavich is an experienced writer with a working understanding of business, information technology, airlines, politics, government, and history, having worked at Mobile Computing & Communications, Computer Reseller News, Tour and Travel News, and Computer Systems ... View Full Bio
We welcome your comments on this topic on our social media channels, or [contact us directly] with questions about the site.
Comment  |
Email This  |
Print  |
RSS
More Insights
Webcasts
Making XDR Work in Your Enterprise - May 12
How the Rapid Shift to Remote Work Impacted IT Complexity and Post-Pandemic Security Priorities
More Webcasts
White Papers
Using Farsight Passive DNS for Incident Response
Top 5 Tips for Enterprises Choosing a Firewall
More White Papers
Reports
Protection Strategies for a Cyber-Resilient Organization
The State of Endpoint Security
More Reports

These revenue numbers from Synergy count everything the vendor says is cloud related, including infrastructure as a service, platform as a service, software as a service or any software or services used to build a private cloud or hybrid cloud operation. I think quite a few things get swept into that last bin. the most direct comparison is revenues associated with IaaS. IBM is likely to capitalize on OpenStack better than some; having the Blumix development environment on top of it doesn't hurt.
Reply  |  Post Message  |  Messages List  |  Start a Board
InformationWeek Is Getting an Upgrade!