IBM's Cloud Platform is gaining two large enterprise customers as it will now host VMware Horizon Air and SugarCRM. Is this another setback for vCloud Air?

Today IBM announced that it has become the supplier of cloud hosting for VMware's virtual desktop service, as well as for open source SugarCRM's services. In signing the two deals, Big Blue gained two more enterprise-oriented services to operate via its IBM Cloud platform.

At the same time, the deal casts doubt on VMware's future as an ongoing cloud service supplier. If a key VMware service can be satisfactorily migrated onto the cloud of long-term partner IBM, why not other VMware services?

VMware parent company EMC acquired public cloud supplier Virtustream for $1.2 billion in May of 2015, and VMware's own vCloud Air service's relationship to it has been in question ever since. In October, VMware acknowledged that its executive vice president for vCloud Air, Bill Fathers, would not be part of the managerial team running Virtustream, but that Virtustream was EMC's preferred service as it goes into the acquisition deal with Dell.

At the end of April, VMware announced that Fathers had left the company to pursue other interests. Fathers was the former president of Savvis managed services. He had been hired away from CenturyLink in 2013 after that firm's acquisition of Savvis in order to head up VMware's public cloud launch. Several other key VMware executives, including COO Carl Eschenbach, had departed ahead of him. 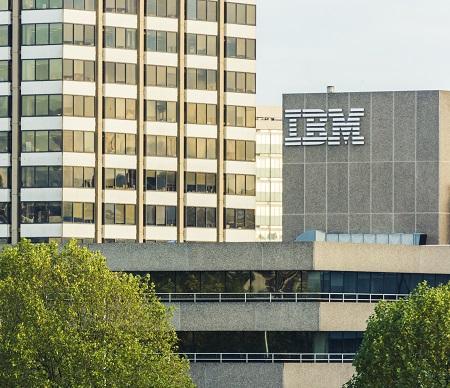 For IBM, on the other hand, the addition of VMware Horizon Air service adds to its claim that it's an enterprise service host of choice. It presently cites Box, SAP, Github, Fleetcor, and Chubb as firms providing services to their customers from its platform. In addition, as it adds VMware and SugarCRM, it is emphasizing that their customer information frequently must be handled as private and compliant data, like that of healthcare, financial services, and other regulated industries.

The VMware Horizon Air service supplies centrally-managed virtual desktops for employees inside the enterprise, with the centralized service formerly emanating from servers in a VMware data center. When operated in hybrid mode, Horizon Air combines a cloud-based management component with an on-premises component -- Horizon Air Node -- to gear virtual desktops to end-users regardless of the mobile device they might be using.

"Customers are asking for more choice at a faster pace of innovation ... which is why supporting them with the IBM Cloud makes sense," said Sanjay Poonen, executive vice president and general manager of end-user computing at VMware, in Tuesday's announcement.

One of the goals of Horizon Air is to make applications and desktops available anywhere at any time.

IBM operates 46 cloud data centers around the world, following the company's acquisition of Softlayer in July 2013. Customers of VMware Horizon Air will get an enterprise cloud infrastructure to support virtual desktop deployments without needing to build out that infrastructure themselves, said Robert LeBlanc, senior vice president of IBM Cloud, in the announcement.

Users of Horizon Air will be able to scale up their end-user services rapidly without adding to their data centers and will get the benefits of interconnected, private-line data centers around the world, he added.

SugarCRM officials also cited IBM's data center availability and data security as reasons for adopting the IBM Cloud to host customer relationship management software. SugarCRM will continue to be available for installation on-premises or as a service from the IBM multi-tenant cloud. It can also run on bare metal servers in the IBM Cloud as a way for a customer to have an off-premises but private-cloud type service.

Customers who want more secure data and more deployment options "should consider IBM Cloud as their platform of choice," said SugarCRM cofounder and CMO Clint Oram at the SugarCRM user conference in San Francisco on Tuesday.

A SugarCRM partner, Highland Solutions of Chicago, is using SugarCRM in the IBM Cloud with several of its major clients, the announcement said.

An organization that wants to offer a healthcare plan, but keep employee health data secure and private, can run SugarCRM on bare metal servers, while also knowing the country, city, and server serial number of where their data is located, thus aiding compliance. A university that does so (and remains unnamed) can offer a self-administered healthcare plan with assurance that its data remains HIPAA-compliant, LeBlanc said.

Charles Babcock is an editor-at-large for InformationWeek and author of Management Strategies for the Cloud Revolution, a McGraw-Hill book. He is the former editor-in-chief of Digital News, former software editor of Computerworld and former technology editor of Interactive ... View Full Bio
We welcome your comments on this topic on our social media channels, or [contact us directly] with questions about the site.
Comment  |
Email This  |
Print  |
RSS
More Insights
Webcasts
Disaster Recovery/Business Continuity in the New Normal
4 Practical Tips for Building a Data Lake
More Webcasts
White Papers
4 Key Elements of an ML-Powered NGFW: How Machine Learning is Disrupting Security
Zero Trust Journey + Approach Infographic
More White Papers
Reports
Enabling Enterprise Resiliency Through Cyberthreat Detection
The State of CCPA 2021
More Reports